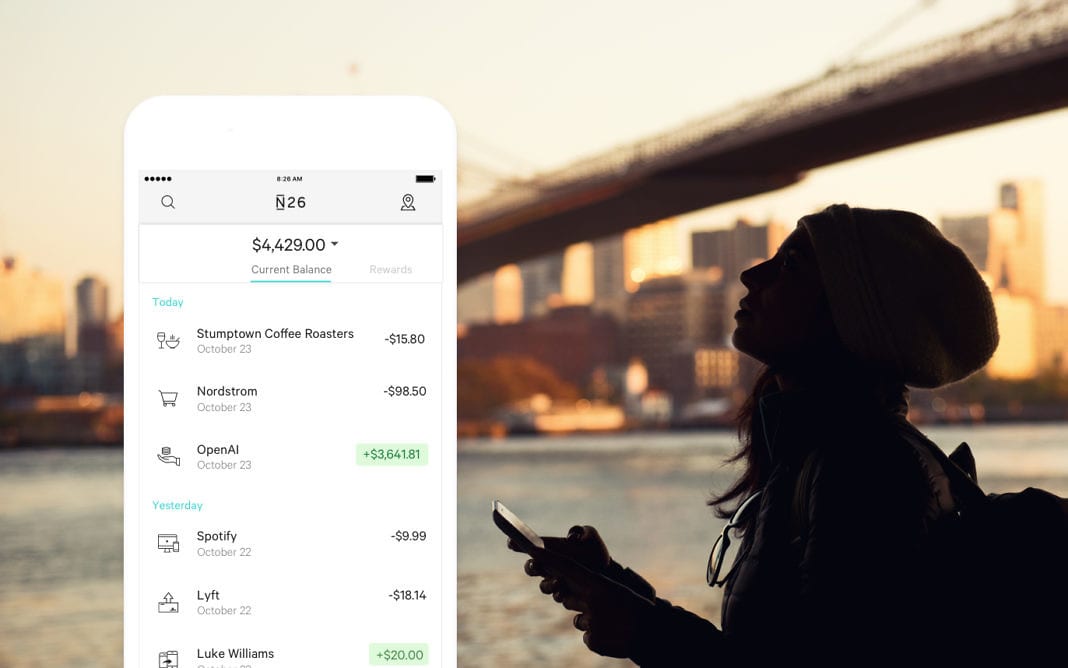 European fintech startup N26 has plans to expand beyond Europe. The company’s co-founder and CEO Valentin Stalf is announcing today at the Money20/20 conference that N26 is going to launch in the U.S. around mid-2018 and has hired a handful of people who are already working in New York.

N26 has been doing quite well in Europe already. The startup got its own banking license and attracted 500,000 customers. The company is trying to create the retail bank of the future with everything you need.

And it starts with a debit card from MasterCard and a checking account. In just a few minutes, you can order a good old plastic card and get your own banking information. You can then send and receive money, pay anywhere around the world without any foreign transaction fee or markup, lock your card, set your own limits and get push notifications for each transaction.

The company plans to launch the exact same features in the U.S. And just like in Europe, N26 is going to start with a banking partner. Getting a banking license across all 50 states takes time and N26 doesn’t want to wait. N26 is going to take care of the user-facing features, while a third-party accredited bank is going to manage your money.

N26 also wants to introduce specific features that American customers expect. The interchange fee is much higher in the U.S., that’s why banks get a lot more money from each purchase you make with your credit card. Like traditional banks, N26 plans to provide a credit card and reinvest some of this interchange revenue into a reward program.

In the company’s home market of Germany, N26 has launched credit lines, savings accounts, insurance products and more. The startup is partnering with other fintech startups for some of those products. Over time, N26 plans to launch similar features in the U.S., as well.

Another big European player also announced that it would launch in the U.S. London-based startup Revolut has taken a different approach by focusing on foreign exchange and building an electronic wallet on steroids.

After signing up, you get a MasterCard and you can buy anything around the world without any foreign transaction fee. You can also exchange money in the app and send it to a bank account. And in some countries, you can even get your own IBAN information to receive transfers.

As Revolut already announced, the company plans to launch in the U.S. at some point during the first quarter of 2018 with a small local team in New York. Customers will get a unique U.S. IBAN — overall, customers will be able to get three different IBANs (Eurozone, U.K. and U.S.). This is a killer feature for expats who work in a foreign country but still want to manage stuff in their home country.

Both Revolut and N26 now accept pre-signups; 5,000 people have already expressed interest in opening a Revolut account. Let’s see if these fintech startups can recreate the same success in the U.S. as in Europe.

Expert Says This Is The Secret To Keeping The Sex Hot In Your Long-Term...