Most of the world wont be affected by the changes, so are they a problem? No, if you are a tech monopoly but yes if you dont want a two-tier internet 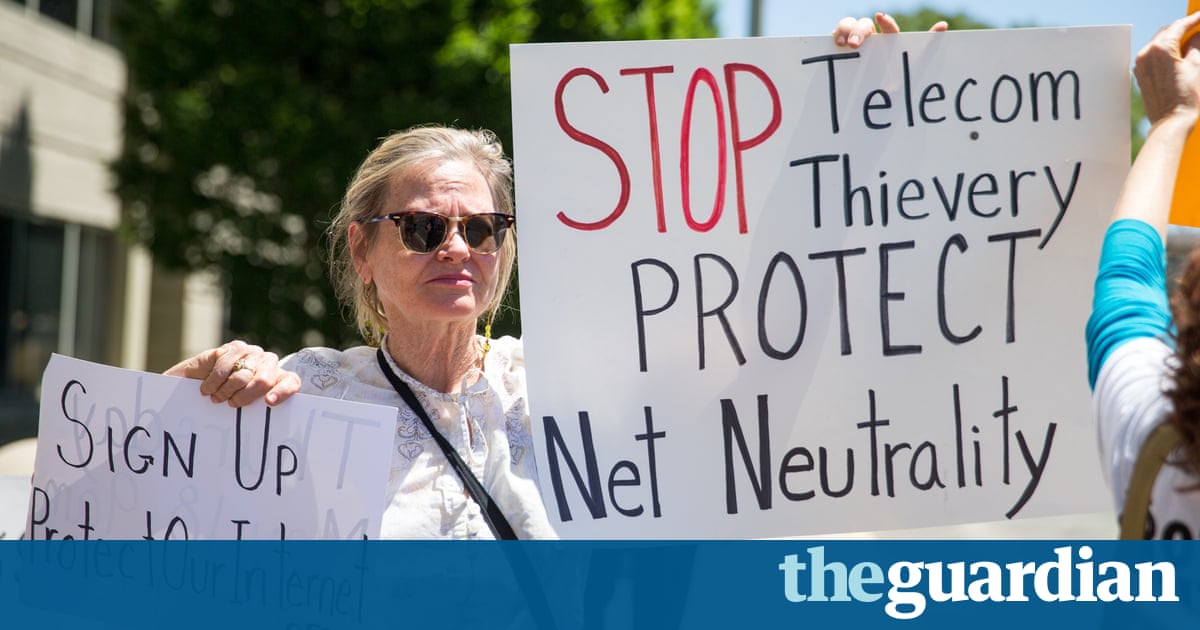 Ajit Pai, head of the US telecoms regulator, revealed sweeping changes on Tuesday to overturn rules designed to protect an open internet.

The regulations, put in place by the Obama administration in 2015, enshrined the principle of “net neutrality” in US law. Net neutrality is the idea that internet service providers should not interfere in the information they transmit to consumers, but should instead simply act as “dumb pipes” that treat all uses, from streaming video to sending tweets, interchangeably.

Net neutrality is unpopular with internet service providers (ISPs), who struggle to differentiate themselves in a world where all they can offer are faster speeds or higher bandwidth caps, and who have been leading the push to abandon the regulations in the US.

On the other side of the battle are companies relying on the internet to connect to customers. Their fear is that in an unregulated internet, ISPs may charge customers extra to visit certain websites, demand fees from the sites themselves to be delivered at full-speed, or privilege their own services over those of competitors.

The fear is well-founded. Outside the US, where net neutrality laws are weaker and rarely enforced, ISPs have been experimenting with the sorts of favouritism that a low-regulation environment permits.

In Portugal, mobile carrier MEO offers regular data packages, but it also offers, for €4.99 a month, 10GB “Smart Net” packages. One such package for video provides 10GB of data exclusively for YouTube, Netflix, Periscope and Twitch, while one for messaging bundles six apps including Skype, WhatsApp and FaceTime.

In New Zealand, Vodafone offers a similar service: for a daily, weekly, or monthly fee, users can exempt bundles of apps from their monthly cap. A “Social Pass” offers unlimited Facebook, Instagram, Snapchat and Twitter for NZ$10 for 28 days, while a “Video Pass” gives five streaming services – including Netflix but not YouTube – for $20 a month.

Even British carriers are experimenting. Virgin Mobile doesn’t charge extra for its packages, but does offer free data on three apps – Facebook Messenger, Twitter and WhatsApp – for subscribers. Three’s “Go Binge” plans do similar having “teamed up with Netflix, TVPlayer, Deezer, SoundCloud and Apple Music” to exclude them from data caps.

Supporters of net neutrality cite two major concerns about these practices. The first is that breaking the internet down into packages renders pricing confusing and difficult to compare, providing cover for mobile operators and ISPs to increase overall costs and pocket the difference.

The second is more systemic: an exclusive list of apps and services that receive preferential treatment divides the internet into haves and have-nots. Sometimes referred to as a “two-speed internet”, this runs the risk of entrenching incumbents at the top of the field, while making it very hard for startups to grow to the same scale.

Consider, for instance, trying to advertise a new video-streaming service to New Zealand’s Vodafone customers. As well as beating Netflix on its own terms, perhaps by offering better programming or a cheaper subscription, the new service would have to deal with the fact that some Vodafone subscribers will get Netflix without affecting their data caps, but streaming from the startup will eat up their limit very quickly.

But if net neutrality is already weak around the rest of the world, without such negative outcomes becoming widespread, why has the US reacted so strongly – and negatively – to the changes domestically? A glance at Reddit, the self-proclaimed front page of the internet, reveals the scale of the response: 16 of the 25 stories on the site’s homepage are about net neutrality, with all but two of them linking to the exact same page.

As San Francisco-based, British-born, venture capitalist Benedict Evans noted, the biggest distinction is competition. “When I lived in London I had a choice of a dozen broadband providers. That made net neutrality a much more theoretical issue,” Evans wrote.

In the US, much of the population has essentially no choice over who to buy broadband from, with local monopolies enshrined in law and a nationwide duopoly providing access to high-speed connections for three quarters of the nation. That gives ISPs much more power to wield net neutrality in an extractive fashion, forcing customers to pay extra to access their favourite sites at full speed – or forcing companies to pay for access to customers.

The power dynamic has shifted