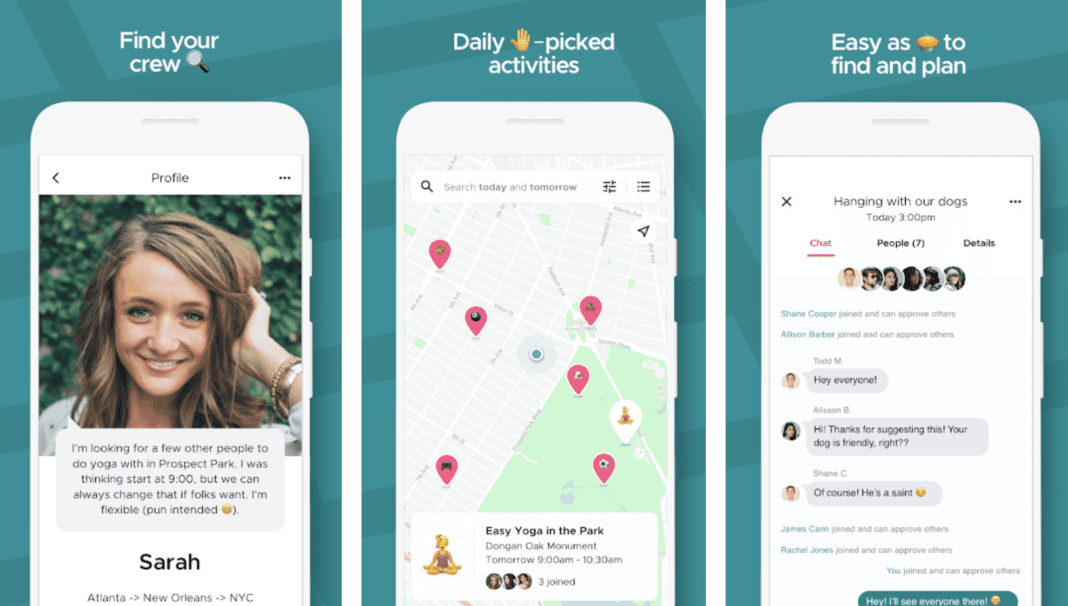 A new project from Google’s in-house incubator, Area 120, aims to help people find things to do and others who share your same interests. Through a new app called Shoelace — a name designed to make you think of tying things together — users can browse through a set of hand-picked activities, or add their own to a map. For example, someone who wanted to connect with fellow dog owners could start an activity for a doggie playdate at the park, then start a group chat to coordinate the details and make new friends.

The end result feels a bit like a mashup of Facebook Events with a WhatsApp group chat, perhaps. But it’s wrapped in a clean, modern design that appeals more to the millennial or Gen Z user.

Like Meetup and others in the space, Shoelace’s focus is not on building yet another social networking app, but rather on leveraging a social app to inspire real-world connections.

This is not a novel idea. In fact, startups many times over have tried to create an alternative to Facebook by offering tools to connect users around locations or shared interests, instead of only re-creating users’ established-friend networks online. And many cities today have their own social clubs designed to help people make new friends and participate in fun, local activities. 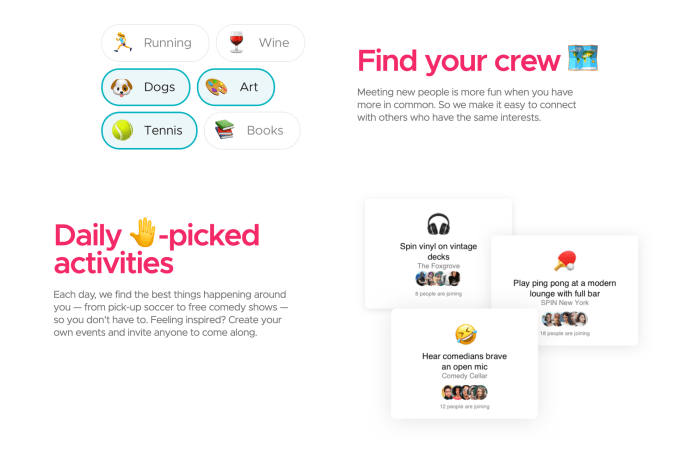 Shoelace is still in invite-only testing and only offered in New York City, for the time being.

However, its website says that the long-term goal is to bring the app to cities nationwide after the team learns what does and does not work. There’s also a form that will allow you to request Shoelace in your own community.

Google has had a rocky history when it comes to social networking products. Its largest effort to date, Google+, finally wound down its consumer business in April. That said, Shoelace is not really a “Google” product — it’s a project built by Googlers as a part of the Area 120 incubator, where employees can experiment with new ideas full-time without having to leave the company.

“One of the many projects that we’re working on within Area 120 is Shoelace, an app that helps people meet others with similar interests in person through curated activities,” a Google spokesperson confirmed to TechCrunch. “Like other projects within Area 120, it’s an early experiment, so there aren’t many details to share right now,” they said.

The app is live on Google Play and iOS (TestFlight) for those who have received an invite.

Who helped your startup grow? Nominate a growth marketing agency.

‘The Engine’ is MIT’s incubator for tech and science companies straight out of the...