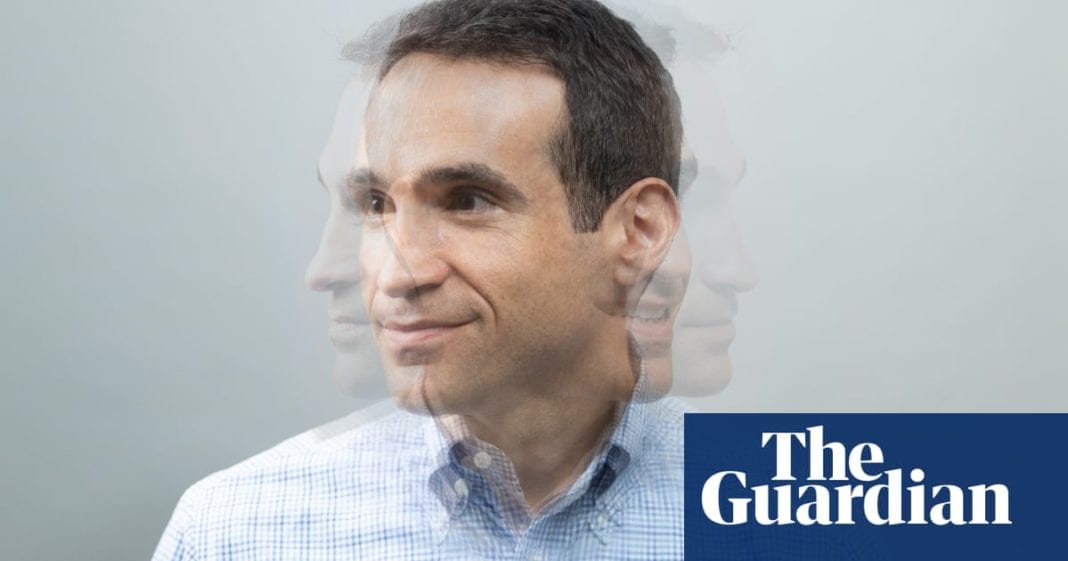 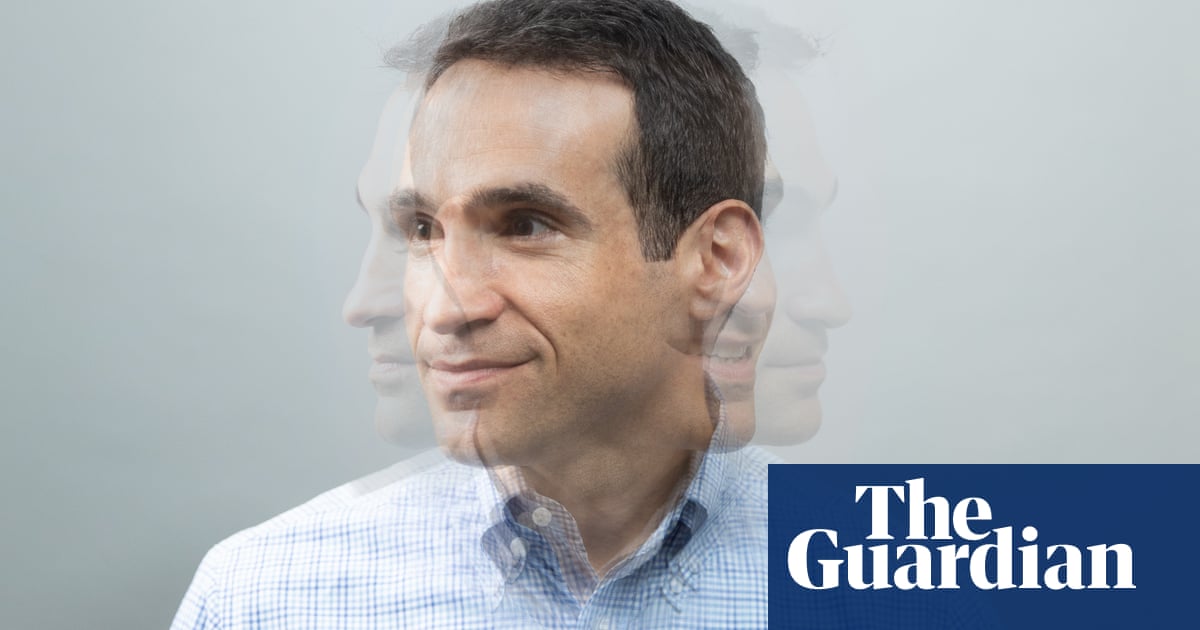 I am 10 minutes late for my interview with behavioural scientist Nir Eyal, and run into the Manhattan cafe where we’re meeting, a dishevelled and apologetic mess. Being late is never ideal, but it’s particularly embarrassing because I’m meeting Eyal to discuss his new book, Indistractable: How To Control Your Attention And Choose Your Life, a guide to staying focused in an age of constant distraction. The hope is that he will teach me, a chronic procrastinator, how to stop wasting my life scrolling through my phone, and finally write that novel. Or, at the very least, be on time for appointments.

Dressed in Tech Dad chic – a crisp button-down shirt and jeans – Eyal already has coffee and looks busy when I burst in. He dropped his daughter off at science camp this morning, he explains, which is why he picked this spot; he hopes it wasn’t inconvenient. And I shouldn’t worry about being late: “Maybe you can use it in your article, as your introduction.” Obviously, I will have time to think of a better introduction, but I thank him anyway.

Until recently, Eyal was what MIT Technology Review called “Silicon Valley’s most visible advocate of habit-forming technology”. His first book, Hooked: How To Build Habit Forming Products (2013), became a must-read in advertising and tech circles. Eyal has spent the years since helping companies – from small workout apps such as Fitbod, to Microsoft and PayPal – manipulate user behaviour. The “hook model” he developed advocates building a “mind monopoly” by associating a product with internal emotional triggers, such as loneliness or a fear of missing out. The developer’s goal is that people are triggered to use the product “with little conscious thought”. Now that we’re all addicted to our devices, he is bringing out a book that will help us get unhooked.

Eyal gets a little defensive when I offer up this analysis. Hooked, he stresses, was about building positive habits; it urged companies to improve people’s lives. He even developed what he called a “manipulation matrix”, a flow-chart that would let companies see if they were using the Hooked model in an ethical way. Further, he says, we need to stop using the word “addicted” when it comes to technology – because most of us aren’t addicted at all; we’re just guilty of overuse. “Addiction, in people’s minds, means mind control,” he says. “When you tell yourself, this is addicting me, this is hijacking my brain… you slough off responsibility. It’s called learned helplessness.” There’s a lot of scare-mongering around technology at the moment, he adds, “particularly from people who want to sell clicks and thrive on the economics of fear”. But the more mundane truth, he says, is that there is “no mind control”. Our brains aren’t being hijacked.

“Hijacking is what happened on 9/11,” Eyal scoffs. “It’s not Facebook – give me a break.” It’s amazing, he adds, that people don’t see that the alarm around tech is just a repeat of a very old storyline. “In the 1950s, fearmongers were saying the exact same thing about comic books, literally verbatim: it’s reducing kids’ attention spans; it’s causing them to commit suicide; it’s leading to mental health issues.” Distraction, he stresses, is an age-old problem that is far bigger than technology. He cites a 2014 study led by professors at the University of Virginia and published in the journal Science: when left alone in a room containing nothing but an electric shock device, 67% of men and 25% of women gave themselves painful electric shocks to pass the time. We go to great lengths to avoid sitting alone with our thoughts or dealing with internal discomfort. If we want to avoid distraction, we can’t just throw our phones away or go on a digital detox; we need to deal with the psychological reasons we’re looking for distraction in the first place.

And this, really, is the central thesis of Indistractible: stop blaming technology for your personal failings and start blaming yourself. Fair enough, but isn’t this letting today’s tech companies shirk responsibility? The constant urge many of us to have to check our phones is very much by design. Can we really compare today’s technology, which touches every aspect of our lives, to comic books and TV?

Look, Eyal says, the fact we’re all carrying smartphones means that “distraction is easier than ever to find”. But he stresses that “This doesn’t mean we’re powerless – it means we need a new skill set.” His book contains lots of tactical tips for dealing with external triggers such as smartphone notifications; but, most importantly, he thinks, it addresses the psychological “internal triggers” that tech companies are exploiting. “The big life lesson here is to look for root causes,” Eyal says. “You need to aim to spend a little time with your feelings.”

I promise Eyal that as soon as I leave our meeting I’m going to spend time with my feelings. In the meantime, what’s the quickest thing I can do to stop being distracted? “Timeboxing,” Eyal says. Instead of relying on to-do lists, I should complete an exercise that involves planning out every minute of my week. And by that, I mean every minute: from what time you start eating breakfast to how long you have to socialise with your significant other in the evening. “You have no right to call something a distraction unless you know what it distracted you from,” is Eyal’s mantra.

Timeboxing could even be the answer to gender equality. Eyal says he spent years fighting with his wife about domestic responsibility. He always thought he pulled his weight, until they both did a timeboxing exercise and he realised that “like most women in heterosexual relationships, she was doing more household admin than I was”.

There are various timeboxing apps and templates out there (including Clockify and FocusList) but I start by using Google calendar to schedule a week full of tasks. Everything, from what time I start writing to when I walk the dog, is neatly mapped out. I allocate two minutes to give myself a pat on the back: finally, I am leaving my procrastinating ways behind. But that’s enough work for today; I’ll get to the really hard stuff tomorrow.

The new me gets off to a fairly good start. I sit down to work – on schedule – at 9am sharp, and start writing. About 20 minutes in, I get a strong urge to get up and make tea. Eyal has prepared me for this: the first thing to do when distraction hits, he says, is to figure out what’s causing it. “There are only three reasons for a distraction,” he adds. “An internal trigger, an external trigger or a planning problem.”

Honestly, my need for another cup of tea is probably the sign of caffeine addiction; but for the purposes of this exercise I classify it as an “internal trigger”. According to Eyal, the first thing to do when you have an intrusive thought is to focus on the emotion that precedes it and write it down. I dutifully write: “Ugh, I can’t be bothered.” The next step is to spend 10 minutes “surfing the urge” to give in to your distraction, and to figure out why you feel like this. If you still want to give in at the end, then you should just do it. There’s no point, Eyal says, in being “militantly abstinent”. This is not a problem I’ve ever suffered from.

Announcing the agenda for TechCrunch Startup Battlefield MENA 2018 in Beirut