While Huffington doesnt want to be Ubers next CEO, shes been putting in the hard yards trying to turn the companys tarnished reputation around 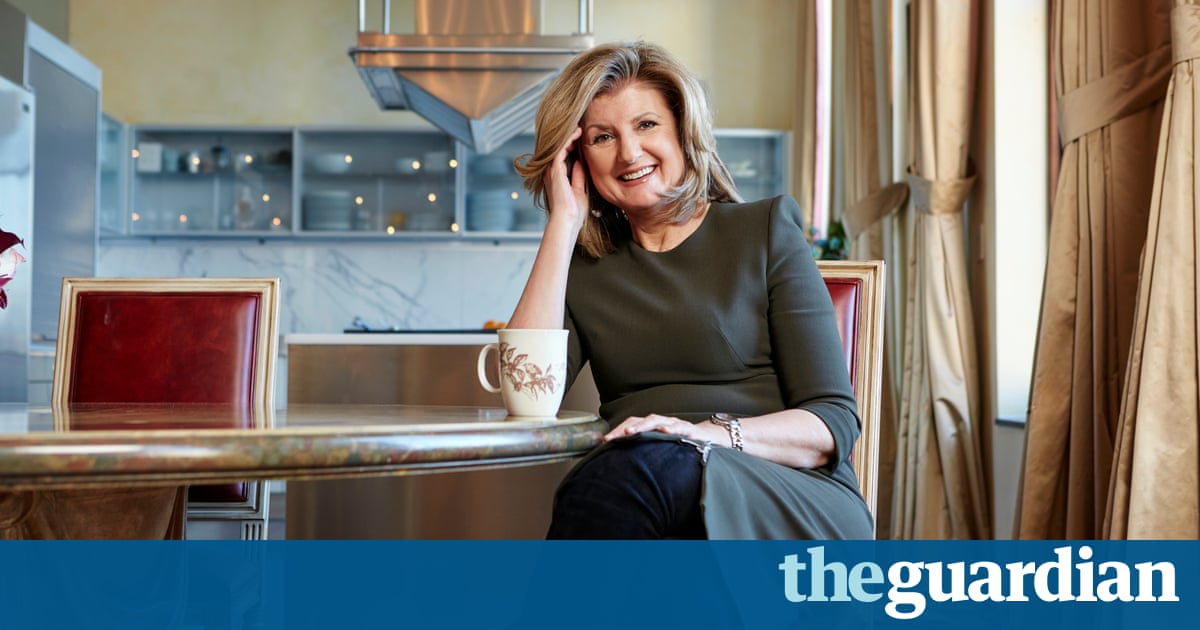 The next Uber CEO will be charged with sweeping up multitudes of corporate sins. In their in-tray will be a daunting array of problems and issues to resolve in the wake of Travis Kalanicks high-profile departure last month.

These include rehabilitating the company internally and externally as it recovers from scandals including the sexual harassment investigation that saw more than 20 people fired in June; video of Kalanick berating an Uber driver; and the companys recent admission it had underpaid drivers in New York City by millions of dollars.

Whoever that new CEO is, they will inherit the work of Arianna Huffington, the media operator turned sleep expert turned Uber rehabilitator-in-chief.

Huffington has, arguably, been pulling the strings at Uber for months and there has been intrigue around whether she might herself fill the role.

Uber has said it wants the new leader in place by early September, and while Huffington insists she wont be Kalanicks successor, the shortlist of potential contenders is narrowing as the former eBay and Hewlett-Packard CEO Meg Whitman, the rumored frontrunner, took herself out of the Silicon Valley competition late Thursday. Whitman tweeted that the rumors had become a distraction and said: Ubers CEO will not be Meg Whitman.

The frenzy around naming Ubers new leader comes after Huffington last month proclaimed at an all-staff meeting that it was the era of a new Uber which she has repeatedly explained includes no more brilliant jerks.

The urgent need for a new Uber became publicly apparent months before that meeting, when a former engineer wrote in February about the sexual harassment and retaliation she experienced at the company.

It was a situation that would inspire most board members and executives to retreat but not Huffington, who could have easily stepped away to focus on her wellness startup, Thrive Global, an initiative meant to encourage better work-life balance and end the global pandemic of burnout. Instead, she addressed the scandal extensively, speaking about the allegations in blogposts, company meetings and conference calls with reporters.

It became impossible to discuss the scandal without mentioning Huffington in the next breath. She was chair of a committee that worked with the law firm, led by former US attorney general Eric Holder, investigating the companys corporate culture.

She even shared her email address on Twitter, where she has 2.75m followers, explaining that she wanted people to contact her directly about the scandal.

At the staff meeting, she spoke about the results of the investigation and explained how the then CEO, Kalanick, would be taking an indefinite leave of absence. Kalanick would resign days later under pressure from shareholders, and with a nod of approval from Huffington.

Once Kalanick resigned, Huffingtons months of close involvement with Uber suddenly looked a lot like the efforts of someone seeking the post but a Huffington spokesperson told the Guardian this week she had no interest in the role.

She is, however, leading the hiring committee for his replacement. Arianna has zero interest in the CEO role and, in fact, as the chair of the board search committee is fully engaged in finding the best CEO for Uber, Monica Lee, head of communications at Thrive Global, said in an email to the Guardian.

Huffington has taken on the role of creating a more productive culture, though a board member is not required to fix corporate culture.

Arianna Huffington is a savvy entrepreneur who built a significant digital media company, so Uber is lucky to have her dedicated time and willingness to step in, Rosabeth Moss Kanter, the chair and director of Harvard Universitys Advanced Leadership Initiative, said in an email to the Guardian.

Kanter, who works with Frances Frei, Ubers new SVP of leadership and strategy, said she expected to see significant positive change at the company as it entrusts more leaderships roles to women.

Many of those women were brought in by Huffington, including the companys second female board member, Wan Ling Martello, head of Nestl in Asia, and Bozoma Saint John, a marketing guru who has worked with Spike Lee, Pepsi and Apple.

Saint John joined last month after being feted by Huffington and Kalanick in May, when the trio met for an eight-hour meeting at Huffingtons Los Angeles home, according to the New York Times.

Arianna gave me all of the problems at Uber straight, no chaser, Saint John told the newspaper. Its the magic of what makes her so believable.

It was only fourteen months earlier that Huffington had joined, in April 2016, with the distinction of being the only female on the board of directors.

At that point, Ubers short history was marred by a long list of tech-bro sins: an executive had suggested digging up dirt on a reporter critical of the company; it was revealed the company had technology that could track users locations; and Kalanick had responded to a reporters joke about his increasing desirability with women by saying: Yeah, we call that Boob-er.

When Huffington joined, Kalanick described her as a friend and said she embodied the optimistic leadership Uber needed as it grew. He said he was most excited to learn from her emotional intelligence.

Her guidance has been invaluable to me personally over the years, and I know that in this new role shell help take Uber to the next level, he said.

Born Ariadn-Anna Stasinopolou in Athens in 1950, Huffington rose to prominence in the 1990s as a conservative commentator before switching parties and starting the Huffington Post, a liberal antidote, and competitor, to the conservative link-sharing website Drudge Report. It was a raving success and she sold the site to AOL for $315m in 2011.

The model relied on a network of unpaid bloggers, some famous and therefore less dependent on a fair wage than most, while others were willing to accept no pay in exchange for the prestige of appearing alongside those famous names. Huffington told the Guardian in March that people critical of her decision not to pay thousands of bloggers did not understand online platforms. Its no different from people going on [BBC] Newsnight and not being paid, she said.

Huffington was still editor-in-chief at Huffington Post when she joined Ubers board, but she downplayed her role at the ride-sharing company by necessity of protecting the independence of her journalistic enterprise a protection that was questioned almost immediately when a reporters pitch about the company was turned down. An internal email claimed Huffington was not involved in the editorial decision.

She left Huffington Post for Thrive Global a few months later and with a new CEO of Uber incoming, she will be able to devote more time to the work-life balance initiative.

Kalanicks successor, meanwhile, can turn to the June meeting, when Huffington welcomed in the new era of Uber, for signs of what is to come.

When Huffington spoke to staff about research that showed bringing one woman on the board would increase the chances of other women joining the board, another board member, David Bonderman, said: Actually, what it shows is that its much more likely to be more talking.

He resigned from the board less than 12 hours later.

Is there too much stress on stress?

I Want Your Job: Blythe Harris, CCO Of Stella & Dot