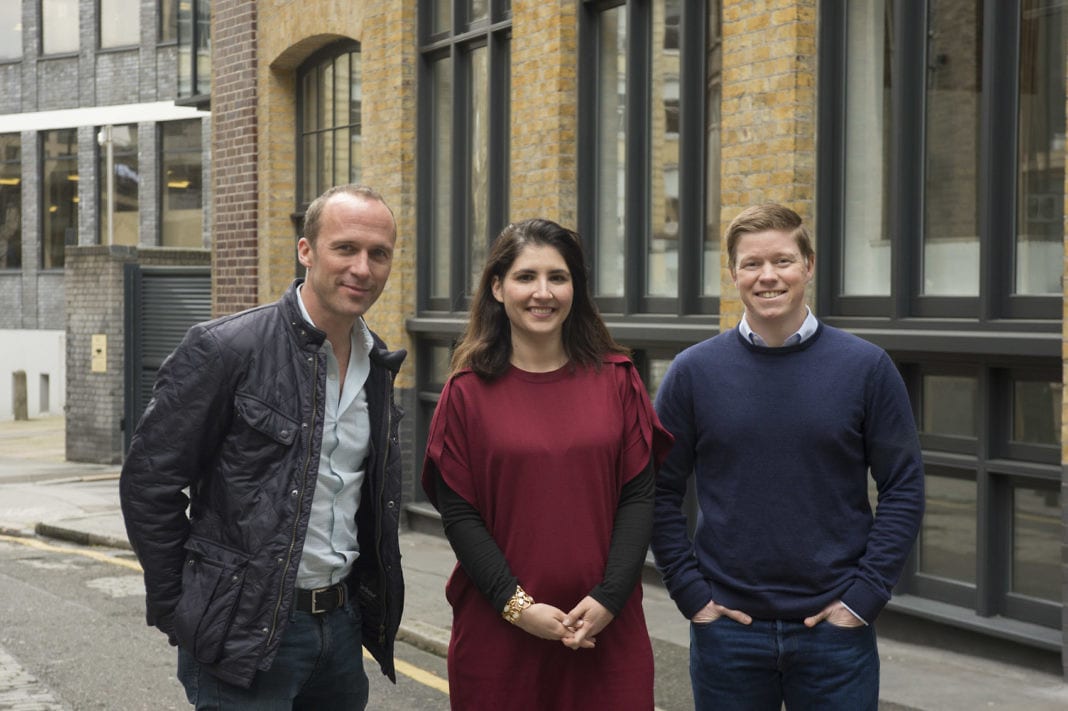 Headed up by Harry Briggs, who was previously at BGF Ventures, Omers Europe will back companies at Series A to B stage. The new fund will typically invest between €5 million to €10 million per round, while also having the capacity to follow on in future rounds for the most promising portfolio companies.

Prior to his time at BGF — which ended rather abruptly due to “strategic changes” at the U.K. firm — Briggs was previously at Balderton Capital. His investments are said to include U.K. unicorn The Hut Group, Magic Pony (acquired by Twitter in 2016), GoCardless, Paddle, Touch Surgery, Appear Here and Revolut.

He also has decent entrepreneur stripes, having founded and exited Firefly Tonics, a health drinks company, which he expanded to 35 countries before selling to private equity firm Langholm Capital.

Meanwhile, according to my sources, Briggs joined Omers some months ago and has been busy recruiting a small team for Omers in Europe.

Joining him at launch is Tara Reeves, who was most recently a partner at LocalGlobe and is said to have led investments in Bricklane, Cleo, Cuvva, Floodflash, Tide and Trussle, providing her with insurance tech and fintech expertise. Tara also co-founded Turo, a car-sharing marketplace that has raised more than $200 million.

Also joining Omers in Europe is Henry Gladwyn, who previously managed seed investments for the founders of DeepMind.

Below follows an email Q&A with Omers Europe Managing Partner Harry Briggs, where we discuss the new fund’s remit, why Omers is different from other funds in terms of how it is financed, the influx of U.S. capital into Europe and Briggs’ advise for dealing with VC (and journalist) egos.

TC: Omers Ventures in Europe plans to do Series A and B investments, typically writing cheques between €5 million-€10 million per round, as well as following on. Can you be more specific regarding the types of companies, technologies, business models or sectors you are focusing on?

HB: I’d summarise it as “consequential companies that will have meaningful impact on society”: we’re unusual in that our funds don’t come from wealthy family trusts – they’re the retirement savings of 500,000 municipal workers – people who make Ontario society function. OMERS’ other assets follow a similar theme – OMERS builds and owns the airports, utilities, railways, hospitals and commercial and residential buildings that make up the fabric of major world cities. So in OMERS Ventures Europe we want to invest in the companies reshaping how we live and work: for example, Health-tech, FinTech, PropTech, Mobility – obviously because we think there will be huge European successes in those areas to make great commercial returns for the retirement plans of the OMERS members; but also because they’re areas we’re passionate about, that OMERS members care about, and where there are obvious synergies with the other parts of OMERS.

TC: You’ve recruited Tara Reeves from LocalGlobe and Henry Gladwyn, who previously managed seed investments for the founders of DeepMind, but I gather you’re not done yet. What other recruitment plans does Omers Ventures have in Europe, either in the investment team or operations?

HB: We plan to build gradually to a team of 7 or 8 investors – from managing partner to associate level. We’re particularly looking right now at investors and operators with strong Continental European connections, and people with health-tech and deep-tech experience. But we’re in no rush. Toronto already has a superb operations team helping portfolio companies on talent and marketing, who are on hand to help our companies here – but in due course as our portfolio grows we will add operations support here too.

TC: What can we expect Omers Ventures to bring to Europe that doesn’t already exist, aside from another €300 million of venture capital?

HB: First, how many European Venture funds can tap into colleagues on every continent, and connections to giant assets under the same roof like Thames Water, Associated British Ports, US healthcare chains or a $50B property portfolio:- if you’re a health-tech, FinTech, Mobility or Prop-tech company, OMERS Ventures can offer a different level of experience and connections.

Second, I see founders and consumers as increasingly ethics-conscious: and in that environment it matters where your funds come from, and what else you’re investing in. Founders can know that if they build a giant business with OMERS Ventures money, they won’t be making billionaires even richer – they’ll be improving 500,000 Canadian workers’ retirement plans.

Technology will always have positive and negative impact, but in recent years we’ve seen tech giants become instruments of mass surveillance and mass-manipulation, undermining democracy and societal cohesion in the reckless pursuit of power and profit. The tech backlash is, finally, coming, and I think being a fund that questions the longer-term societal impact of our investments could help set us apart for the next generation of founders. Easier said than done, of course.

Lastly, our set-up means we’re 100% aligned with long-term value creation – OMERS needs to fund pensions 50+ years out – so founders can trust that we’ll always be pushing for the long-term great outcome, not short-term profits.

TC: In your announcement blog post you write that more and more VC firms are using data and technology to source deal-flow and reach beyond location and investment team size. How is Omers Ventures in Europe planning to use technology?

HB: We’re already working on building this with a fantastic team: Europe is a really unusual ecosystem, because talent is spread across so many different cities with so many different languages and cultures. That poses a big challenge to funds trying to find the biggest opportunities across the continents through network alone. But increasingly the data is there to flag many of the most exciting companies at an early stage, even if they’re outside the major hubs. This can be an advantage for us in the short-term, but we believe this will be table stakes in the future of VC.

TC: Related to this, you say that even though the “big four” Series A firms in Europe — Index, Accel, Balderton and Atomico — have managed to remain dominant over the last 10 years, U.S. funds like Sequoia, Benchmark, Bessemer and a16z are threatening this dominance. Is this a good or bad thing for the European ecosystem?

HB: Undeniably this is a great thing for founders: more money for good companies, more competition among funds to provide the most value to founders, and more great funds to coinvest with. There may be some fair-weather tourists among the US funds, who disappear when times get tough – but generally we have much to learn from the top US funds and it should raise our game.

TC: You also write that switching VC jobs is “complicated” and then ambiguously refer to “half-truths” and “soul searching,” amongst other things. It’s hard not to interpret this as a reference to your abrupt departure from BGF after the firm had a change in strategy. Perhaps you can clarify?

HB: I’m usually a pretty frank / candid person – but during a job-change you always have to keep that tendency in check: trying to keep my plans from journalists has been a particular challenge, as you know Steve 🙂 Also, life is short, the pace of VC makes it best-suited to the young, and VC works best in long stints (it takes years to see investments through, and carry typically vests over many years), so one can’t make too many mis-steps… What mattered most to me was being able to have substantive impact, working with super-smart, high-integrity people: and I feel I’ve landed in the perfect place.

TC: In the same blog post you write that “The ego’s of VCs still largely exceed our value,” which is something that is bound to resonate with some of our readers. How much is VC ego a problem and what advice would you give to founders with regards to managing a VC’s ego?

HB: Most of the VCs I know are impressive, thoughtful people whom I look up to. But we’re all vulnerable to pride and insecurity and ego – it’s human nature to give ourselves too much credit when things go well, and cast about for someone else to blame when they don’t. VC egos only really get tested in the tough times – so we’ll learn much more if and when the correction comes. My advice to founders would be, test VCs for how open they are about their mistakes, how much they seek to learn and grow from them rather than divert blame for them; ask when they’ve changed their minds about something important. And see how they talk about founders:- to quote Anton Ego in Ratatouille, “We risk very little yet enjoy a position over those who offer up their work and their selves to our judgment.” – good VCs should have the humility to admit that whilst this job is in so many ways a huge privilege, we remain mere parasites compared to the people doing the real work of building the businesses.

TC: Finally — while we’re on the subject of egos — do you have any advice for founders on how to manage journalist egos, too? My friends tell me they can be pretty huge.

HB: Ha! Insecurity breeds ego, and journalism has been a pretty insecure profession for some time… But thankfully there are diamonds in the rough!

The Cryptocurrency Industry Might Actually Benefit From an Ad Ban