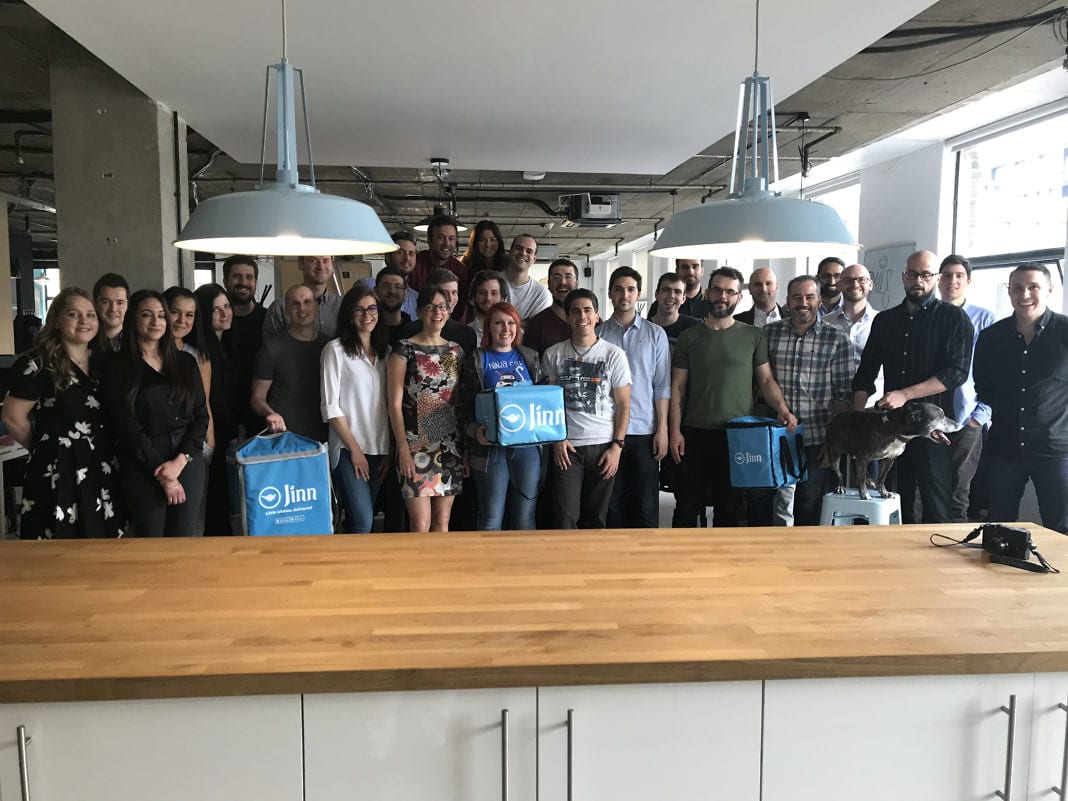 London-headquartered Jinn, the same-hour shop on your behalf delivery app that currently operates in the U.K. and Spain, has raised $10 million in further funding. It brings total raised by the company to a modest $20 million in comparison to other players in the on-demand delivery space.

Backing the round are family investment office STE Capital, with participation from Samaipata Ventures (the Spanish VC started by the founders of La Nevera Roja, the take-out ordering service sold to Rocket Internet) and a number of other previous investors.

Jinn says it plans to use the injection of capital to continue to grow and consolidate its presence in its main markets. I understand this to mean focusing on the geographies the startup is already seeing success, rather than necessarily expanding into new countries, and ensuringthat more consumers in those locations are aware of Jinns brand and proposition. The company also says it has positive contribution margins in all markets and expects to be profitable next year. Notably, it recently surpassed 1 million completed deliveries since launching in late 2014.

Similar to Postmates in the U.S. and local competitor Quiqup, which is backed by Delivery Hero and Rocket Internet, Jinn lets you order anything locally for delivery not just food.

You simply browse the location-based app for items you want to purchase, or enter your request in a free form text field, and one of the startups self-employed couriers goes to the store, purchases the item and delivers it to you. Another key differentiator is that the service runs 24/7. Perhaps, unsurprisingly, Jinn has always proven popular with students (who else is going to do that late night munchies run?).

Meanwhile, the startup is continuing to push into categories beyond takeout food, such as groceries, which co-founder and CEO Mario Navarro tells me now accounts for 15 per cent of orders, up from 5 per cent a year ago. Non-food items like beauty and health products are also a target.

Both of these categories play into an on-demand delivery narrative in which companies like Jinn aim to compete with and offer an alternative to Amazons own Prime Now same-hour or Fresh grocery shopping offering. Instead of having a central warehouse and bringing goods into the city, Jinn is attempting to turn every local store into a loosely connected warehouse powered by its courier network, and one that is much closer to where consumers reside.

However, even though Jinns app lets you buy goods from any local shop for same-hour delivery, its business model favours official partnerships and Navarro says the company now has around 1,000 of these.

In other words, by partnering with merchants, it costs less to order via the app and Jinn generates higher margins. In return, partners get more customers sent their way and can integrate more fully with the Jinn app in terms of receiving orders ahead of time and managing stock.

So, in theory at least, thats the two legs of Jinns three-legged supply and demand stall. But what about the drivers, you might ask? Like other operators in the so-called gig economy, the startup made headlines earlier this year when it changed the way it pays couriers, which led to strikes and a raft of bad publicity (a situation not helped by the rather unlucky coincidence that Business Insiders U.K. offices are in the same building as Jinn).

Navarro conceded that there were drivers unhappy with the change from an hourly rate to a per-drop payment model, resulting in some leaving Jinn. Conveniently, he also argued that many actually prefer the flexibility of accepting work on a per-order basis, where, providing there is enough demand and density, they can potentially earn more money.

With that said, unlike other on-demand delivery companies, the startup doesnt stipulate which areas couriers can work or when they are required to log on. Navarro also says he is relaxed about Jinn drivers accepting work from other sources, including competitors. They are categorised as self-employed, after all! To that end, Im told 5,000 couriers are registered with the app and about 1,000 are active on a monthly basis.