Patrick Burt want to use local zoning laws to restrict major technology companies from occupying space in the city, which is home to Palantir and Amazon 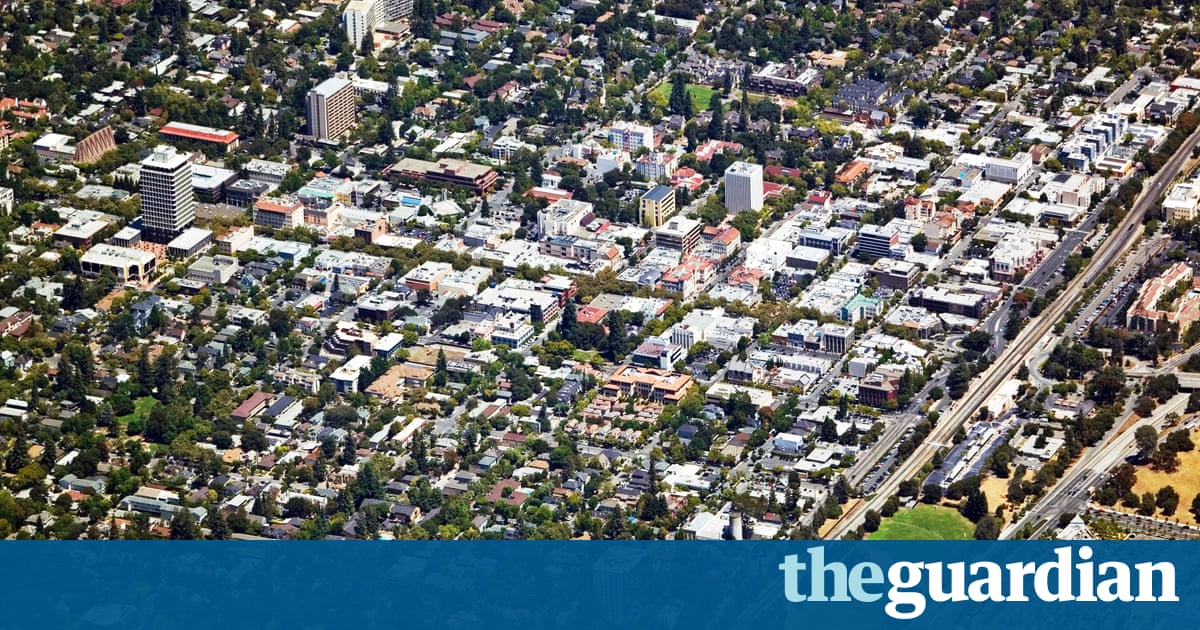 The mayor of Palo Alto is pushing for a ban on large technology companies downtown, making him the latest local politician to go after the powerful firms driving the booming economy in Silicon Valley.

Patrick Burt said he and other city council members in Palo Alto which is home to corporations Palantir and Amazon, and is at the center of Californias regional hub for technology want to use local zoning laws to restrict major tech companies from occupying space in the citys downtown area.

The controversial proposal, which he said was in an early stage of development, comes after Burt recently faced backlash for arguing that a key solution to the housing crisis was to slow job growth.

My colleagues and I are concerned with what is happening with large companies turning our downtown into a corporate campus, said Burt, who is also CEO of a small Palo Alto-based medical tech firm called TheraDep Technologies. Were seeing it transformed into something that risks becoming like every other technology park.

Across Silicon Valley where Apple, Google, Facebook and other tech businesses are headquartered there have been increasing tensions in recent years surrounding the many ways in which the rapid job growth in tech is impacting local communities.

With rising income inequality and a major housing shortage, there have been reports of mass evictions, displacement, and large homeless encampments. Some argue that the wealthy tech firms need to contribute significant funds to the development of affordable units and other initiatives that assist low-income workers priced out of the area.

The mayor of neighboring Cupertino, home to Apple, made headlines in May when he argued that the corporation pay higher taxes to support local services.

Some housing advocates, however, also place blame on politicians like Burt, who has been accused of promoting damaging anti-development policies that seek to preserve Palo Alto in its current state which is by some measures only affordable to the ultra-rich.

Burt whose idea was called a ban on coding in the New York Times this week said he does not want to eliminate all tech from the city, but rather stop larger corporations from moving in or growing in Palo Altos downtown. The mayor claims that zoning laws on the books dont allow for any research and development companies to operate in downtown, but that the city had ignored those rules over the years.

Burt said he wanted to start enforcing this forgotten policy and update it so that smaller tech startups with possibly a 100-employee maximum would still be allowed to set up in downtown.

Although he hasnt finalized details of the proposal, which would go through an approval process, Burt said he suspected that existing tech firms would be grandfathered in and allowed to stay. But, he said, if their leases expired, they may have to move. And he hopes to craft the zoning rules to ban companies like Amazon and Palantir (reportedly one of the most valuable private companies in the world) from expanding further in downtown.

Representatives for Amazon and Palantir did not respond to inquiries.

Burt said it was appropriate for tech startups to launch in Palo Alto then move elsewhere when they expand, as was the case with Pinterest and Facebook.

This shift would add to existing anti-growth policies Palo Alto has adopted over the years. In 2015, the city instituted an overall cap on the development of office spaces in commercial areas.

We have increased jobs at a feverish pace, while weve added housing at a moderate rate, Burt said. Well never catch up Were having this mindset of almost gluttony about jobs.

Sam Tepperman-Gelfant, senior staff attorney at Public Advocates, a not-for-profit that has advocated for affordable housing in Silicon Valley, said the whole region has been hurt by Palo Altos longstanding anti-growth attitudes, and that the fight to stop jobs wont make a difference.

What this is really saying to me is that Palo Alto is so dead set on not doing any of the things that would be required to get more affordable housing built in the city that theyre willing to say, We should stop economic growth in the region. Thats a pretty extreme position.

Judy Kleinberg, president of the Palo Alto chamber of commerce, said it was wrong to target a specific sector in an effort to curb job growth.

You havent solved the housing [shortage] by pushing a certain kind of business out of town, said Kleinberg, a former mayor. All growth should be sustainable. But it should not be no growth, because then we will become Detroit. We must continue to evolve and improve.

It Isn’t Déjà Vu. The Internet Is Fighting For Net Neutrality. Again.