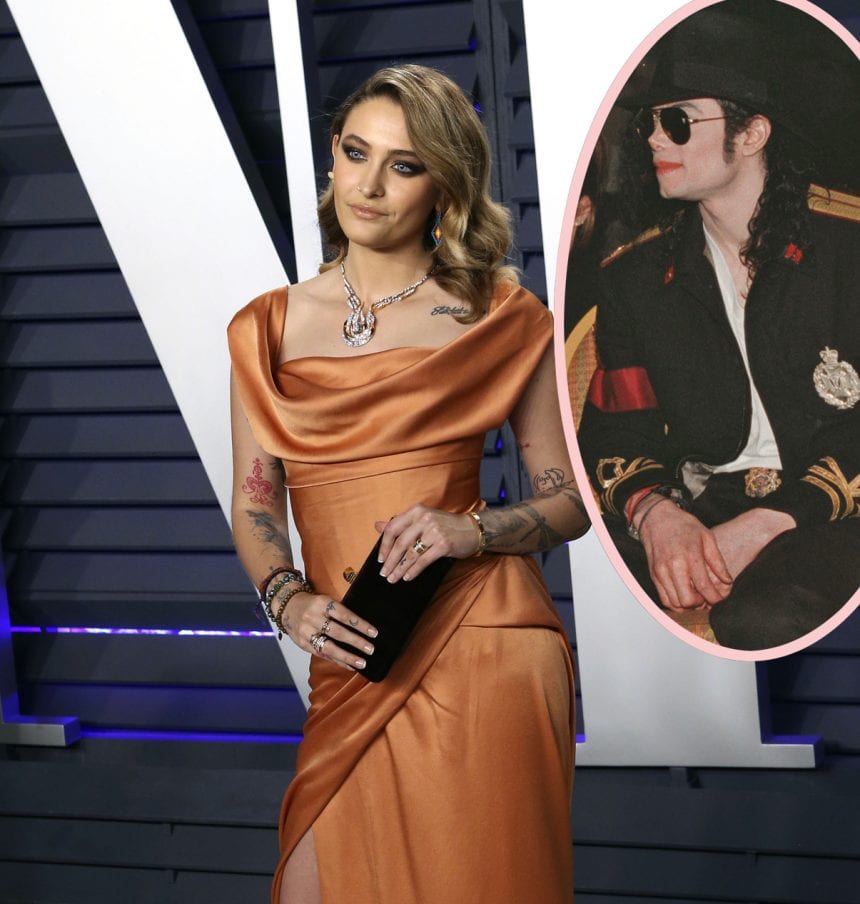 Not because she’s been suddenly persuaded by the allegations against Michael Jackson of course — she just refuses to accept it as part of her job description as a daughter.

The accusations by Wade Robson and James Safechuck, that the star molested them when they were children, were dragged back out into the spotlight by HBO‘s critically acclaimed Leaving Neverland documentary earlier this month.

While her cousin Taj Jackson has been vocally defending Michael from critics and blasting the doc, Paris has stayed mostly quiet.

The only thing she was willing to do was tell people in a since-deleted tweet:

“Y’all take my life more seriously than i do. Calm yo tittaaaaysss.”

When that statement got picked apart, she got about as upset as we’ve seen her, responding to one outlet:

“I actually haven’t made any statements yet, especially regarding how it affects my work life. You guys are reaching a bit. At least this wasn’t a disgusting and attacking article though.”

Most recently, in response to a tabloid claiming she was in some sort of downward spiral of partying, she took to Twitter to defend herself, writing:

“I smoke weed on my story ONE time and all of a sudden i’m a junkie meth alcoholic party raver that’s also secretly married and pregnant and may or may not have a penis.

When a follower suggested the renewed interest in digging up dirt on her was to get her to talk about her late father and the doc, she clarified her “calm yo tittays” position, saying:

“There’s nothing I can say that hasn’t already been said in regards to defense. Taj is doing a perfect job on his own. And I support him. But that’s not my role. I’m just tryna get everyone to chill out and go with the flow, be mellow and think about the bigger picture. That’s me.”

No matter how she feels about the accusations, and the support of Taj certainly implies she doesn’t believe them, she’s found a way to keep calm. It makes sense.

Paris has lived with this controversy her entire life.

Jackson was originally accused in 1993, then it died down. When his own words brought the controversy to light again in 2003, Jackson ended up being arrested and charged with seven counts of molestation; he was acquitted on all counts.

In the #MeToo era, however, victims’ stories are being listened to and taken more seriously. And the multiple accusers’ disturbingly detailed accounts, paired with MJ’s own admitted behavior, have convinced a LOT of folks this time around.

Several radio stations around the world have 86ed the King of Pop from their rotations, as has Starbucks. Drake has dropped his song sampling MJ vocals his live performances. The National Football Museum removed his statue.

The Simpsons have taken the episode in which he plays a man who befriends Bart from rerun rotation; showrunner Al Jean even went on to say he now believes Michael used that as a way to get closer to young boys in his real life.

What do YOU think about Paris’ zen co-existence with such a disturbing scandal?

SOUND OFF in the comments (below)!

PLEASE READ: Your Email Habits Are Ruining Your LIfe