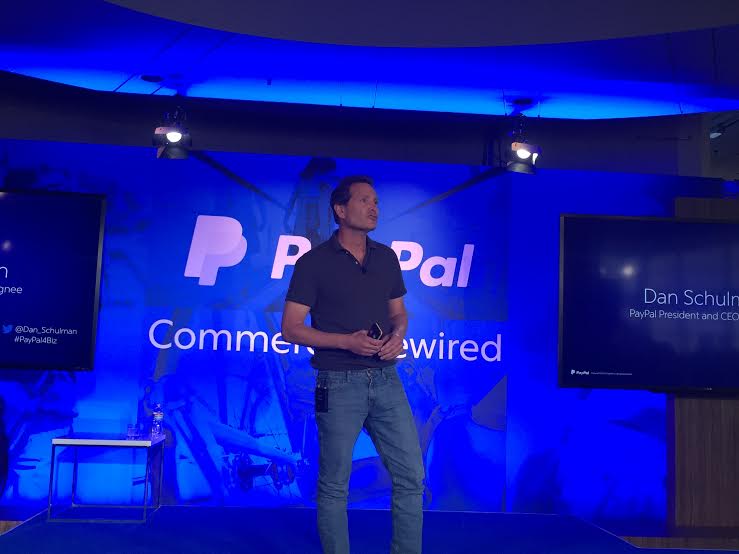 Some people might be wondering why a hashtag to do with Paypal has been blowing up on twitter in the last two days. The #PayPal4Palestine hashtag has been making waves on social media after 43 companies and organizations in Palestine published an open letter to Paypal asking for the payment platform to work there. The move came only after PayPal ignored their requests for a formal meeting.

PayPal currently does not work for Palestinians in the West Bank or Gaza, but does work for Israelis living in settlements in the West Bank, which are illegal by international law. Israelis and Palestinians also all use the same currency, the Israeli Shekels. But quite how an Internet platform could work in some areas of a country but not in another where the areas in question are are in some cases literally meters apart is puzzling to say the least.

The group behind the hashtag and the letter, Americans for a Vibrant Palestinian Economy (A4VPE), ask PayPal CEO Daniel Shulman (pictured) to consider the fact that PayPal operates in 203 countries, many of which could be considered far less stable than Palestine, including Somalia and Yemen. Yemen is currently engaged in a devastating civil war, while Somalia has been war-torn for many years.

We have been told that PayPal is concerned about the compliance investments required to enter the Palestinian market. We believe such costs have been greatly overestimated. The U.S. Treasury Department has spent a great deal of time working with the Palestine Monetary Authority to strengthen safeguards against abuse. PayPal currently operates in over 203 countries including places with major problems of corruption and terrorism like Somalia and Yemen. We are confident that Palestine will prove a much easier place to profitably do business than these and other markets that PayPal has already entered, the group writes in the letter (which is reproduced below).

A spokesperson for startup accelerator Gaza Sky Geeks (GSG), one of the signatories to the letter, said: GSG is a major work hub for startups and freelancers in Gaza payments are one of the toughest issues for them. After working tirelessly to win business in the global marketplace, they then have to pay steep fees for wire transfers or foreign banks to get paid. PayPal opening here is one of the most immediately impactful moves that could be done to support the economy here. Gazans we work with cant understand why PayPal serves Israelis living in the West Bank and is open for business in counties like Yemen and Somalia, but not here. Businesses in Gaza and the West Bank just want access to the same opportunities PayPal affords to the other 200 countries and territories they serve.

TechCrunch contacted PayPal for its response and they sent us this statement: PayPals ambition is for everyone ultimately to have access to our services for digital payments and commerce, in accordance with applicable regulatory requirements. We appreciate the interest that the Palestinian community has shown in PayPal. While we do not have anything to announce for the immediate future, we continuously work to develop strategic partnerships, address business feasibility, regulatory, and compliance needs and requirements, and acquire the necessary local authority permissions for new market entries.

PayPal has a major operation in Israel in the form of its risk team.

Palestine produces roughly 2,000 IT graduates per year. Both the West Bank and Gaza now have a number of technology companies which, ironically, see tech as a way of developing their economy, just as the Israelis do.

We are writing to urge you to extend PayPals services to Palestinians living in the West Bank and Gaza thereby removing a major limitation on the Palestinian technology sector, one of the only bright spots in the overall economy. More importantly, extending PayPal services would resolve the current discriminatory situation whereby PayPals payment portal can be accessed freely by Israeli settlers living illegally (per international humanitarian law) in the West Bank while it remains unavailable to the occupied Palestinian population.

PayPals absence is a major obstacle to the growth of Palestines tech sector and the overall economy. While other payment portals are available, there is no replacement for the trust and familiarity that PayPal inspires among potential users, particularly those that are unfamiliar with Palestine-based companies. Without access to PayPal, Palestinian entrepreneurs, nonprofits, and others face routine difficulties in receiving payments for business and charitable purposes. Moreover, PayPals absence is problematic for the overall Palestinian economy as tech is one of the only sectors with the potential to grow under status quo conditions of the Israeli occupation which severely restricts the internal and cross-border movement of goods and people. Indeed, by entering the Palestinian market, PayPal has the opportunity to make a significant contribution toward alleviating the destabilizing unemployment rates of over 25% in the West Bank and 40% in Gaza.

We have been told that PayPal is concerned about the compliance investments required to enter the Palestinian market. We believe such costs have been greatly overestimated. The U.S. Treasury Department has spent a great deal of time working with the Palestine Monetary Authority to strengthen safeguards against abuse. PayPal currently operates in over 203 countries including places with major problems of corruption and terrorism like Somalia and Yemen. We are confident that Palestine will prove a much easier place to profitably do business than these and other markets that PayPal has already entered.

In addition to business reasons, there are also ethical reasons for PayPal to enter the Palestinian market. PayPals decision to launch its service in Israel for Israeli bank customers means that it inadvertently made its services freely available to Jewish settlers living illegally in the occupied West Bank. Palestinians living in close proximity to those settlers do not, however, have access as PayPal doesnt work with Palestinian banks and Palestinians are unable to establish Israeli bank accounts. We believe a company like PayPal, whose actions in North Carolina reaffirmed its commitment to equal rights, would agree that people living in the same neighborhood ought to have equal rights and access to its services regardless of religion or ethnicity.

We understand that entering a new market can be complex and would be more than happy to work with you, the Palestinian Monetary Authority, and any other necessary officials to pave the way for PayPals entry to the Palestinian market.

We very much look forward to hearing from you and working with you to ensure that Palestinian entrepreneurs, nonprofits, and others are free to participate in global commerce. Our point of contact in this matter is Ehsaneh Sadr, 408-306-2559, ehsaneh.i.sadr@gmail.com.

I have cancer. Don’t tell me you’re sorry | Elizabeth Wurtzel