Legalist uses a database of legal records to determine the likelihood that a case will succeed, and can fund the suit in exchange for up to 50% of the judgment 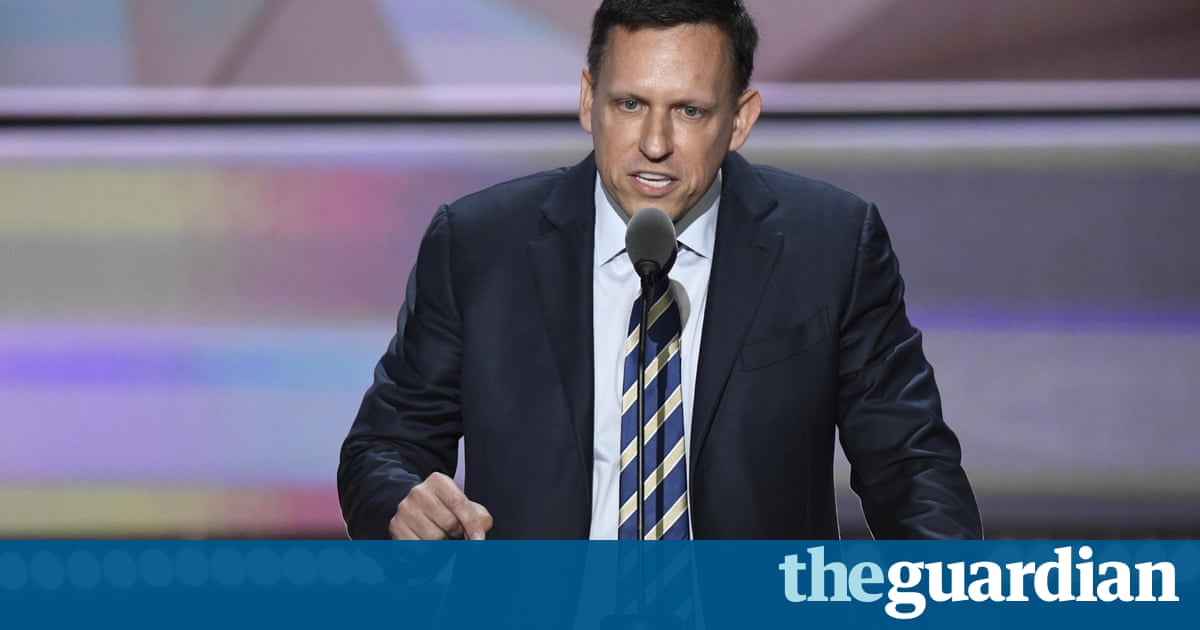 Peter Thiel has backed a small legal startup that has developed an algorithm they say will allow a would-be litigant to learn if they are likely to win their case.

Legalist, founded by a pair of Harvard undergrads, uses a vast database of local legal records to determine the likelihood that the case will succeed: and if the algorithm says the case can win, Legalist funds the suit in exchange for up to 50% of the judgment.

Eva Shang co-founded the startup with a $100,000 Thiel Foundation grant. She told the Silicon Valley Business Journal, which first reported on the startup on Wednesday, that Legalist wasnt interested in the kind of suit Thiel funded against Gawker through Hulk Hogan. Shang said the startup focuses on small businesses tied up in costly litigation; the firm has accepted a single case so far.

Shang told the Guardian the startup was funding limited cases at the moment and stressed what she said were the businesss philanthropic aims. I used to work for a public defender in DC, she said. Were not funding criminal cases, nor would I be funding any suits against the media.

Litigation financing as a field is growing so fast, but the one area its not actually getting to is small businesses.

Shang said she didnt understand when she took the Thiel fellowship that it would come with so much negative attention. I accepted the Thiel fellowship because my parents are first-generation immigrants and when I was dropping out of Harvard, money was a concern, she said.

Thiel famously pays undergraduates to drop out of college, and Shang is among this summers crop of former students.

At the moment, Shang and Christian Haigh, the other founder, are the only people who decide what suits to take. Shang said she had considered forming an advisory board to mitigate ethical concerns. The press attention on the Thiel-backed startup, she said, has been stressful.

Haigh said he could not answer questions until Friday. The pair is attending consecutive meetings at a conference sponsored by one of the startups other backers, Ycombinator.

Ycombinators Sam Altman told the Guardian he did not think Legalist would be used to fund lawsuits attempting to chill the press and characterized the business as one that defends the little guy. There are a lot of people who really get screwed over by the legal system and who end up unable to defend themselves, he said. Shang used the example of a bakery damaged by a burst pipe bogged down in costly litigation.

But there is always the possibility that the ready availability of enough cash to pay for an aggressive suit will encourage litigation. Altman admitted the problem was complex: With legal financing, this is one case where I can really empathize with both sides of the argument, he said.

There is also the practice of scouting for courts where local laws are particularly friendly to the kind of case a litigant wants to pursue. Fully one-fourth of all patent law cases are heard in a single town in Texas where the judge is known for overturning so-called patent troll judgments, Motherboard writes. That can get counsel into trouble, but it can also work out in their favor: Judge Pamela Campbell was far friendlier in the Hogan case, when Thiel was backing the plaintiff than US District Judge James Whittemore, the first time Hogan sued the website over the tape.

Thiel told the New York Times he was upset Gawker had outed him in a 2007 blog post entitled Peter Thiel is Totally Gay, People and backed the suit against the site in an effort to chill reporting he deemed ruined peoples lives for no reason. A New Yorker profile of Thiel from 2011 reported that Thiel had come out as gay in 2003.

Here is where CEOs of heavily funded startups went to school