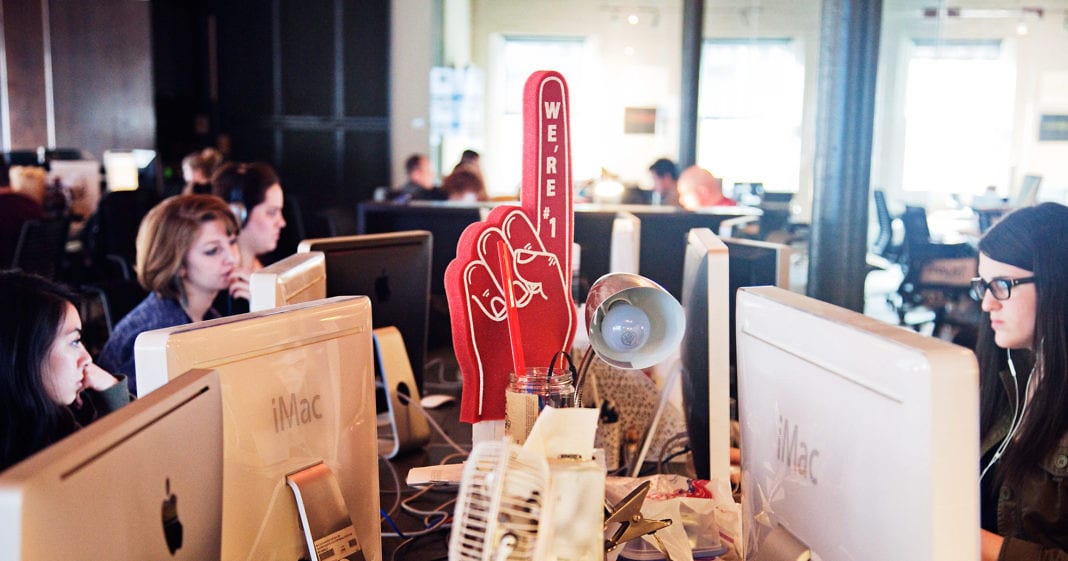 Gawker has filed for bankruptcy. Peter Thiel, who sits on the Facebook board and is a Donald Trump delegate, took it down in a proxy lawsuit. Although the case is unresolved, it was enough to bleed and bankrupt the company.

This is a terrible outcome for freedom of the press, for society, and, I argue, for Silicon Valley, which may have just ensured that the next Gawker operates in the shadows, where tech billionaires can never sue it. The next Gawker will be decentralized and it may follow the Wikileaks model or evenpublish on the dark web.

Now, let me say that I am hesitant to even write this dissenting view. And I want to make it clear that many of those I know in Silicon Valley are thoughtful, intelligent, interesting people. But this is their blind spot. They have funded or built massive institutions of social change without much scrutiny, and now that the scrutiny is coming they dont know how to handle it. Paul Graham, co-founder of Y Combinator,1 unfollowed me after I tweeted in support of Gawker. A single email from any of these guys could torpedo my next round of funding. I have more to lose than to gain by putting my name onthis.

And thats the point.

Cody Brown is the founder of the VR production studio IRL. He sold his previous company, scroll kit, to Automattic, owner of WordPress.com.

The motto of the valley is Fail fast. Disrupt. Make something people want.Nick Denton and Gawker did this. And yet much of the Silicon Valley establishment cheered Thiel on. Venky Ganesan, managing director at Menlo Ventures, told The New York Times that Gawker “wanted to be taken seriously as journalists, yet they didnt follow all the norms.” Vinod Khosla tweeted that “click bait journalists need to be taught lessons.”

Can we talk about how strange it is for Silicon Valley startup mentors to embrace proxy litigation as a business tactic? To suddenly get sanctimonious about what is published online and called news? To shame an Internet company for not following “the norms” of a legacy industry? The hypocrisy is mind-bending.

Theyre on a different coast but Gawker, Gizmodo, Kotaku, Jezebel, Deadspin, Jalopnik, Lifehacker, and the defunct Valleywag are startups (the company was founded a few years before Facebook). Each site and community has grown and evolved in the past decade. They have published tens of thousands of stories, broken huge news, pioneered a sustainable ad model (without VC cash), admitted mistakes, and deeply influenced how truth is delivered to power online. Gawker alumni are editors at many prestige media outlets in New York.

Yet any defense of Gawker falls largely on deaf ears in Silicon Valley. It doesn’t matter how much incredible work Gawker hasdone, people in the Valley will point, hysterically, to a handful of articles that they say cross their line. They will misconstrue the intentions of Gawker as evil yet take Mark Zuckerberg’s intentions at face value. (How many people have been outed on Facebook?)

Its fine to disagree with Gawker (I certainly have), but theres a reason the US lists freedom of the press in the First Amendment. Why cant Silicon Valley counter speech with speech? Why does must it use a proxy lawsuit? Many legal experts expect Gawker to prevail in the Hulk Hogan case on appeal, but it won’t matter because fighting the lawsuit cost enough to bankrupt the company. This is Silicon Valley justice?

The Next Gawker Will Be Darker

My worry, as someone who works in tech, is that support of Thiel will backfire and everyone in the sector will suffer. The world is awaking to the hypocrisy and grotesque wealth of the Valley—people want to know who this new power is and they won’t always be nice in their questioning. The middle class in America and the European Union wants to know what kind of future it faces as the tech industry continues creating products that eliminate their jobs. Thiel crucified the most notorious critic of Silicon Valley and called it philanthropy. If this is how Silicon Valley billionaires treat dissent, then dissenters may have no choice but to go underground.

If Thiel is successful in destroying Gawker, he will martyrize it.

Using his personal fortune earned from funding technology companies including Paypal and Facebook, Thiel just made a tabloid that covers Silicon Valley untenable as a business. What media entrepreneur can afford to regularly take on Thiel’s lawsuits? But in that same stroke, he validated the concerns of many dissenters and blessed new rules of engagement. Secrecy? Proxy lawsuits? All of those are on the table now.

If Thiel is successful in destroying Gawker, he will martyrize it. The Hollywood movie that will come from this a few years from now is toocartoonish to imagine. Social Network: The Sequel. Staring Jesse Eisenberg, Hulk Hogan, Donald Trump, and a series of tech billionaires with egos as thin as egg shells.

1UPDATE: 9:30 pm ET 06/28/16: An earlier version of this story incorrectly stated that Paul Graham is a partner at Andreesen Horowitz.

A $2,400 Class to Make Anyone a Self-Driving Car Engineer