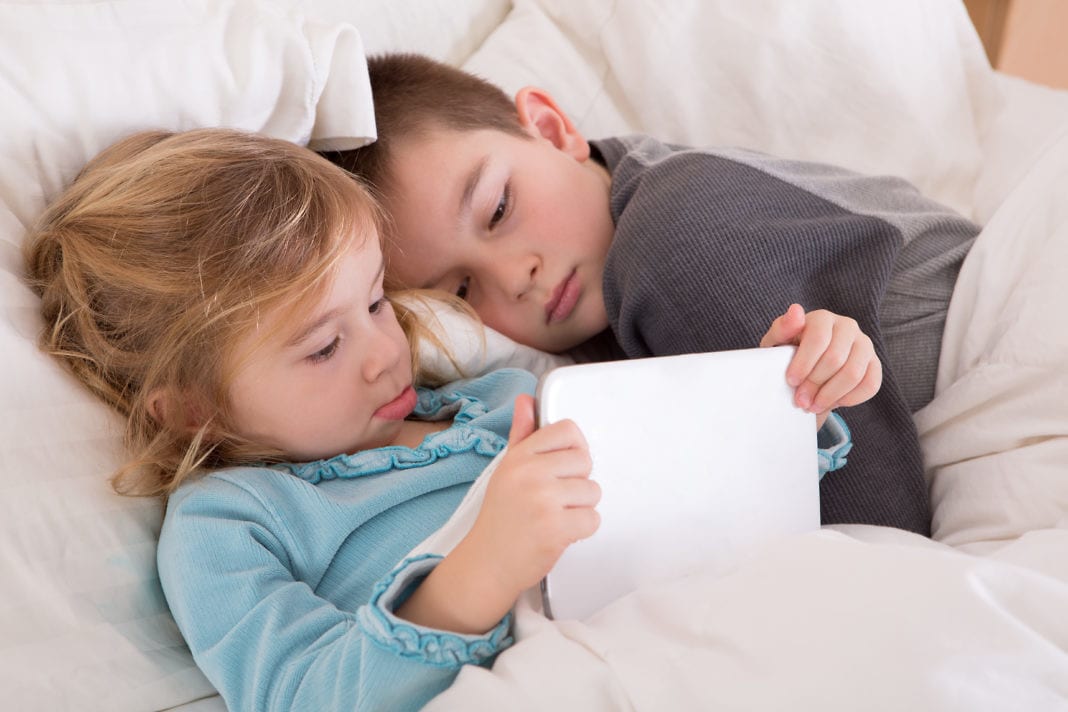 Parents despairing of ever being able toseparate their offspring from the mobile devices glued to their fingertips might be interested in an app called Play My Waythats being built by a startup from Lebanon anddesigned to interrupt other apps with a little worthy educational content.

The team, currently based in London as part of a three-monthaccelerator programfor Lebanese startups, reckons the answer to mobile addiction is not to ban or limit access to devices but rather to harness the stickiness of mobile technologyas an opportunity for bite-size homework.

The idea behind Play.My.Way is to make the best of the kids addiction, says co-founder Salma Jawhar.

The learning takes the form of multiple choice questions insubjects such as math, science and English, withtheappinterruptingwhatever else the device was being used forto push a question at the child. Its basically push notification for homework.

Kids have to answer a question (and answer it correctly) if they want to get back to playing Candy Crush or watching YouTube or whatever else they were doing. The targeted age range is six- to fourteen-year-olds, with parents able to tailor questions to the appropriate grade level.The Play My Way app needs to be installed on kids devices to function.

The app does have ahelp me button (which supplies the answer) and a skip question option, so its not the hardest of taskmasters although the number of helps is limited.

Technically, our app does not interrupt. It just moves from background to foreground, says Jawhar. That way, if a child is playing (Minecraft for example) and Play.My.Way became the active app, all previous apps are immediately sent to run in the background.

When interrupted, the child can ignore Play.My.Way, press the home button, and go back to their previous game. After 10 seconds, they will be interrupted again. This applies to any app, including the native phone functions. So suppose Play.My.Way is on the top, then, a phone call interrupts after the phone call is done, Play.My.Way will remind the user that a question is waiting.

The app does have a bit of a tell-tale character.Parents are notified by email when their kid tries to close the app and a funny siren sound will play on the kids phone, along with a message asking them to go back to their question! she adds.

The team has been working on the concept since April 2015, initially starting out crowdsourcing question content. They have amassed around 25,000 questions at this point and say they are negotiating with several suppliers to keep growing their educational content.

We have an online portal for authors and reviewers where we crowd source teachers to create questions. Each question is reviewed twice by two different reviewers. We produce 4,000 new questions each month to be added to our database, saysJawhar.

The betaversion of the app launched in March 2016, and has around23,000 users so far. Its currently free but the intention for the teamis to monetize the app via a $4.99 monthly subscription in future.The team started out bootstrapping but after launch were able to pull in$1 million from two angel investors for 10% of the company, according to Jawhar.

Its possible the app mightend up encouragingchildren to use their mobile devices less given theyll be forced to do regular homework every time they play. But even if they remain as addicted to their phones and tablets as ever, the overarching aim is to haveparents worry less by having at least some of theirgadgetplaytime focused on targetedlearning.

Instacart VP of operations Mike Swartz has left the company

Microsoft Charts Its Own Path on Artificial Intelligence