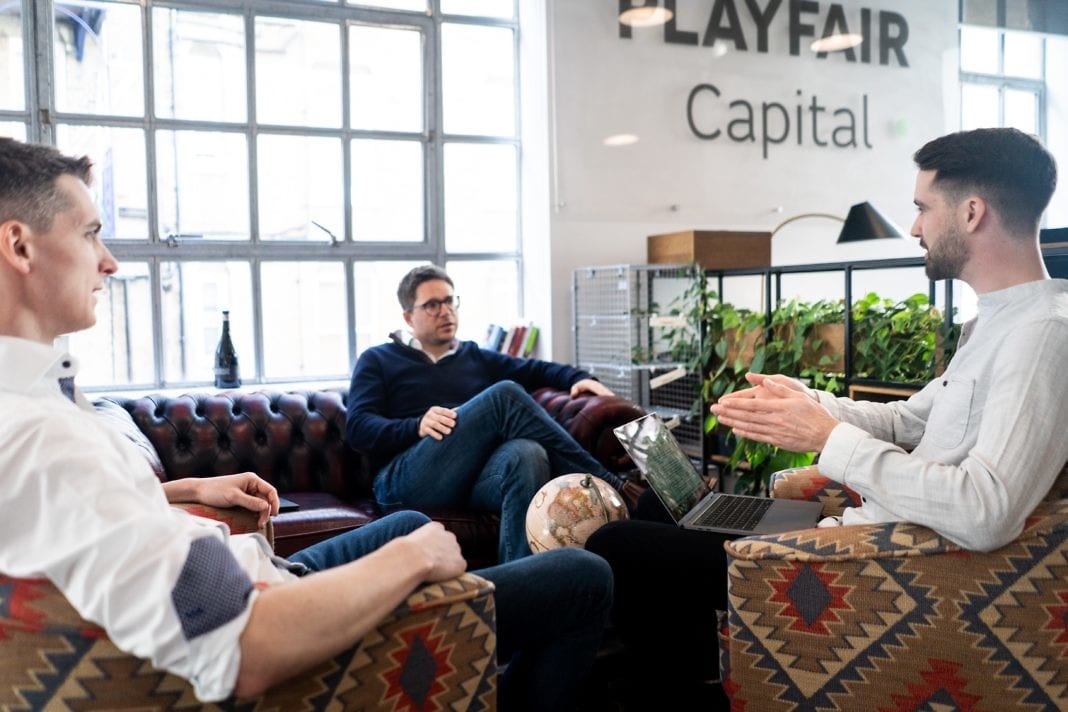 The VC firm, founded in 2013 by Federico Pirzio-Biroli, who is fund II’s sole LP, is an early investor in the likes of Stripe, Ravelin, Thought Machine, CryptoFacilities and Mapillary.

Pirzio-Biroli recently re-located to Kenya, but will still act as chairman of Playfair Capital . Day-to-day, the fund will be managed by Chris Smith, who recently joined as a partner. He’s been an active angel investor for more than 10 years, and is taking over management duties from Georgia Taylor Foster, who is said to have resigned after five years with the fund (for health reasons).

Smith previously worked for fast-growing B2B telecommunications company Plan.com, where he held senior roles including sales director, head of Tech/BI and head of Product Development. He has made 14 angel investments across the U.K. and U.S., and counts three exits to date: Nearbuy Systems (acquired by RetailNext), publicly listed MoPowered and Bidstack. Prior to that, he worked in various roles.

To date, Playfair Capital says it has backed more than 50 founding teams, and plans to invest the new $32 million fund over the next three to five years. The firm is targeting early-stage companies across all sectors, with a particular focus on deep tech — e.g. artificial intelligence, machine learning and computer vision — and B2B SaaS and marketplaces, which have traditionally been areas of strength for Playfair.

Its initial cheque size is typically $500,000, although I’m told that the Playfair team likes to engage with founders at the earliest stages of a startup’s journey, including occasionally investing smaller amounts at the pre-seed stage. I expect that approach is reflected in a number of household names backed out of the firm’s first smaller fund.

Adds Pirzio-Biroli in a statement: “I’m delighted to be announcing Chris’s hire and the launch of Playfair’s Fund II. Our new investment team has great hands-on experience with startups and a track record of backing founders early and enthusiastically. The U.K. has proved a rich hunting ground for Playfair Capital, providing 80 percent of our current portfolio. With the new fund we will seek out startups that use deep tech and data to create a defensible proposition that has longevity. We are hugely excited about opportunities in the deep tech, SaaS and marketplace segments where we have already demonstrated success.”

Meanwhile, Smith will work with Joe Thornton, who has been with Playfair Capital for almost four years, and Henrik Wetter-Sanchez, who joins as an associate from Bank of America Merrill Lynch. Thornton joined Playfair in early 2015, having worked at Google and Facebook. For the last three years, he has been Playfair’s head of Talent. He’s continuing to support portfolio companies with recruitment but will also be sourcing and leading Playfair investments.

Get your early-bird tickets to TC Sessions: Enterprise 2019