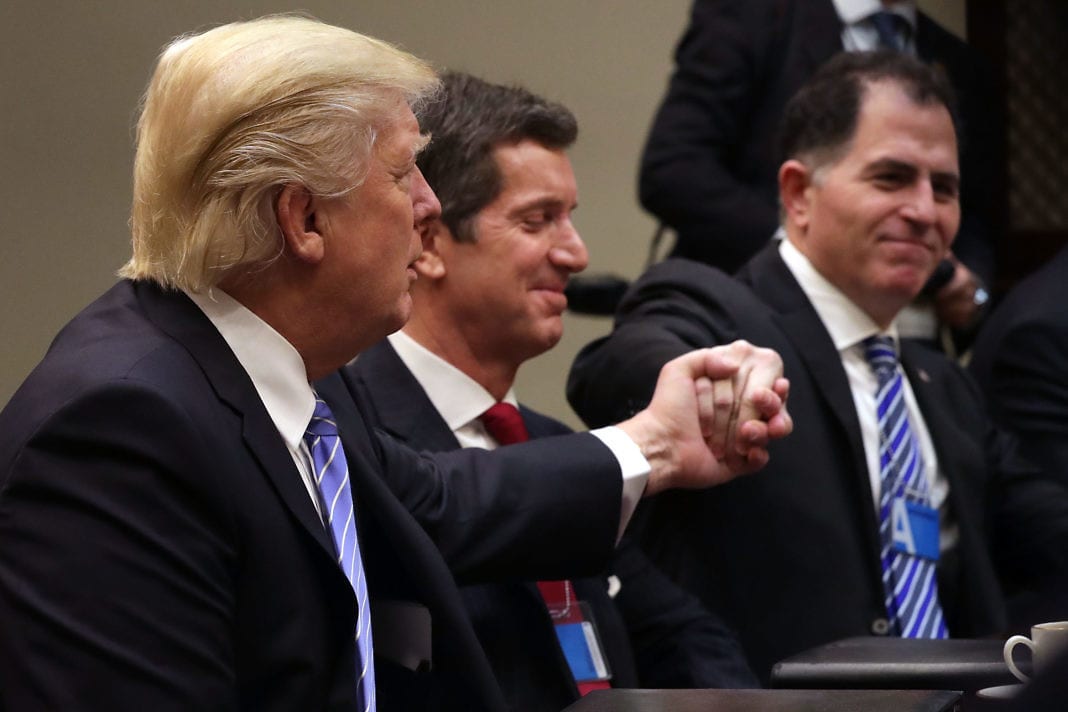 Every Sunday, our daily newsletterfeatures a piece ofanalysis andopinion regarding the biggest stories of the week in tech. This Sunday, wererepublishing this weeks daily newsletter column here in its entirety.

Resistance and reluctance:Trumps most controversial act yet is a sweeping immigration order that bars refugees and even legitimate visa holders from a list of Muslim majority countries from entering the country. In an interview on Fox News on Sunday, Trump lieutenantRudy Giuliani admitted Trump came to him and asked him for a way to create a Muslim banin a way that was legally acceptable. This is no longer something that anyone with any influence in tech can justifiably fail to oppose.

And yet we see a range of responses from leaders and companies in and around Silicon Valley. Weve been tracking the various statements released, internal emails leaked, and actions taken by startups, tech giants, investors and more, and the range of responses is what youd expect from a group so varied and with such complicated relationships to Trump and his administration.

Early reaction from large companies including Apple, Google, Facebook and Microsoft has focused on the immediate impact of the order on employees, with these companies expressing support for, and offering legal assistance to employees affected. These also tended to include fairly mild admonitions about the potential impact on talent acquisition, but by and large they avoided strong or direct condemnation of the Trump administration actions on moral or values-based grounds.

Some companies, including Airbnb, Twitter and Lyft are more explicitly admitting they oppose Trumps actions at a fundamental level. Lyft and investor Chris Sacca have gone further still, donating funds to the ACLU Lyft will contribute $1 million over the next four years, in fact. Fred Wilsonbroke silence regarding Trumpmaintained since his election and will be donating monthly to the ACLU as well.

Meanwhile some of those with the most direct access to the White House have been more measured in their response. Tesla CEO Elon Musk, who sits on not one, but two Trump industry advisory councils said on Twitter that the ban was not the best way to address U.S. immigration challenges, for instance, and Uber CEO Travis Kalanick said hed raise the issue of the orders unfairness at an upcoming advisory council meeting with Trump.

Somewhat muted responses from a number of tech companies on Trump policy is to be expected: the responsibilities of executives at Google, Apple, Facebook and more are first and foremost to their companies and their employees, and theyre clearly facing a balancing act of acting in good conscience while also protecting their corporate interests. The fact that theyve said as much as they have while faced with that dilemma speaks volumes to just how heinous Trumps actions have been.

But on the other side, companies that have been willing to work more closely with Trump are the ones who bear the bulk of responsibility for taking decisive action. The likely reason Musk, Kalanick, Thiel and others have cozied up to Trump to begin with is because they like his agenda of cutting down burdensome regulations, and they see an opportunity to manipulate him to help further their own goals and corporate interests.

The problem is that Trump is a ready and willing tool for the agenda of multiple actors, and much more dangerous factions have more direct and pervasive influence. Tech industry power players who sought to flourish under Trump by bending his ear should recognize this, and realize that this is not a situation where their muted response to his dangerous policy decisions can be excused by any potential favor they hope to curry for their larger goals.

Hopefully, the U.S. tech industrys response to Trumps immigration order is the start of a concerted and sustained effort to use the sectors power and influence to turn the country away from the dark path it appears headed down, and hopefully those whove sought proximity to Trump in the past join in as well.