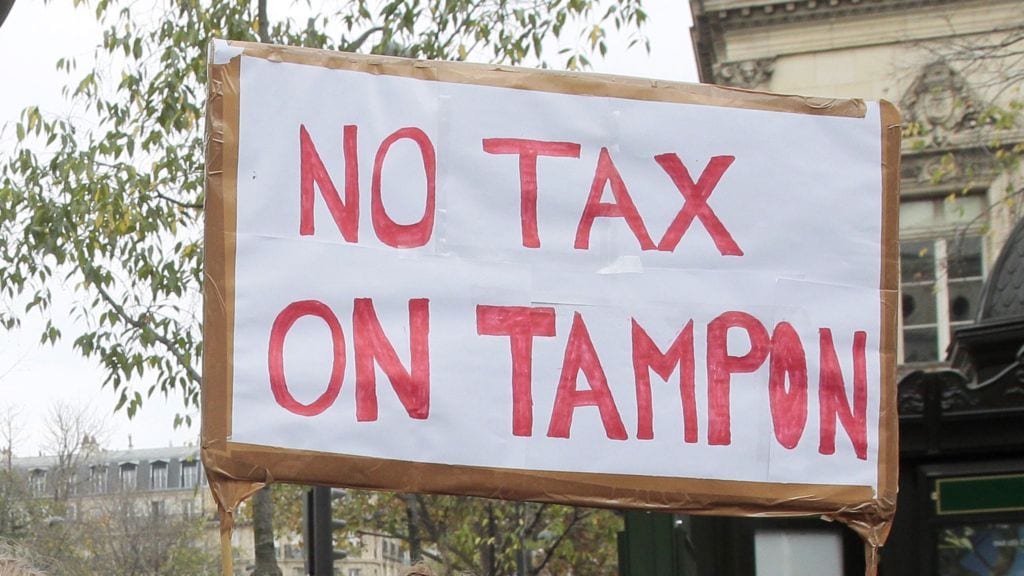 A 250,000 grant to an anti-abortion group – using money raised from the tax on sanitary products – has been criticised.

MPs and campaign groups said it was wrong that Life received one of the largest amounts from the government fund that comes from the 5% VAT on tampons and towels.

Life said the money supported a project for homeless pregnant women in London.

The Department for Culture, Media, and Sport (DCMS) released the full list of beneficiaries on its website,

The government has pledged to spend the proceeds from the controversial tax on sanitary products on women’s charities after hundreds of thousands of people signed a petition calling for them to be exempted from tax altogether.

The latest grants also included 200,000 for the Suzy Lamplugh Trust to support women who are stalked, 262,614 for Stepping Stones, Luton, for women facing domestic and sexual abuse, and 354,617 to support the group One Parent Families, which works across Scotland.

But it was the support to the pro-Life charity, using funds raised from a tax on women’s sanitary products that drew fierce criticism.

Stella Creasy, MP for Walthamstow, said: “This fund was supposed to help women, not encourage those organisations who want to control them – completely unacceptable and must be stopped.”

She tweeted to government minister Rob Wilson, who made the announcement: “Hey @RobWilson_RDG can you please cut funding to pro-life orgs and help ensure no young woman goes without tampons in school instead pls?”

Labour’s shadow MP for women and equalities Paula Sherriff said it was “bitterly ironic” to many women to be taxed for their biology “only for the government to hand over that money to organisations that don’t even believe we should have control over our own bodies”.

She called for the money’s allocation urgently to be reviewed.

And, Sophie Walker, leader of the Women’s Equality Party, said it was “a shock” to learn the government had used the money to support an anti-choice charity which aimed to “make abortion a thing of the past”.

She said the party appreciated the work Life did with homeless pregnant women and in caring for ill children, but: “We are very disappointed to see the allocation of such significant funds to this one charity while many others struggle, particularly those supporting BAME (Black, Asian, and minority ethnic) women and disabled women – who experience some of the highest rates of violence against them and yet are consistently at the bottom of the list for funding.”

Life said it planned to use the money to develop its services, including “housing, practical help, non-directive counselling and life-skills training for pregnant and homeless women”.

It said it supported women in times of crisis with “care and compassion” and it was “grateful” to the government for the “positive gesture”.

“At Life we see women who are in genuine crisis because of pressures to end their pregnancy coming from partners, parents, employers, and society.

“We are there to empower those women with the support they need to continue with their pregnancy and to equip them with the skills to help them overcome their personal challenges,” a spokesman said.

The DCMS said the money for Life was to fund a specific west London project to help homeless and other at-risk women.

Jay Z is planning a VC fund. Here’s how his investments are doing

Is a four-day week the future of work?