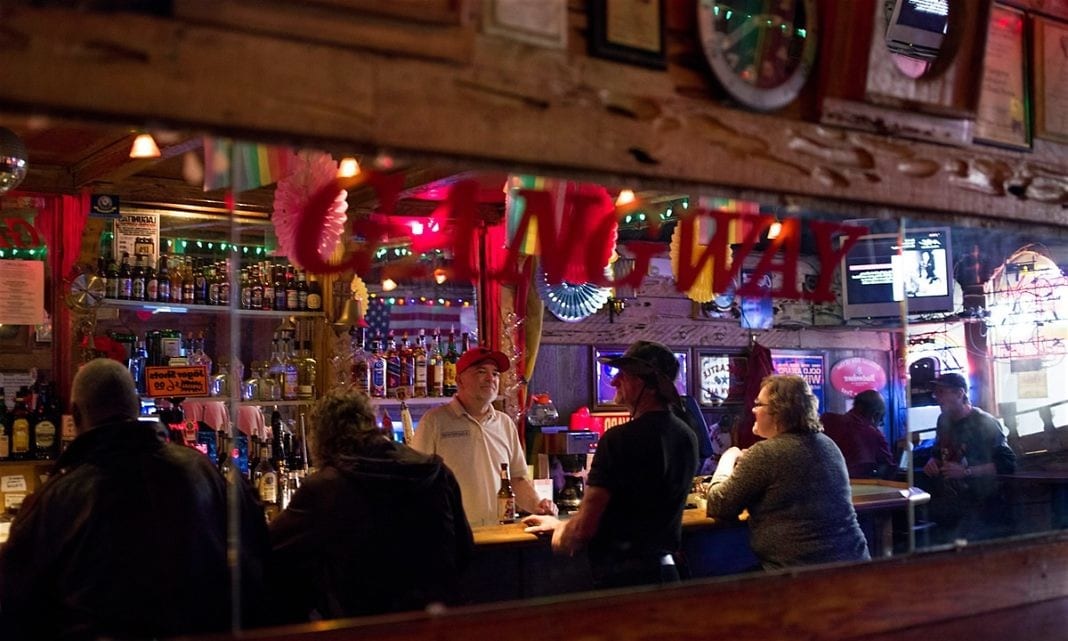 Residents of San Franciscos historically gay Castro district are worried that the gay scene is changing, and traditional LGBT institutions are rapidly disappearing 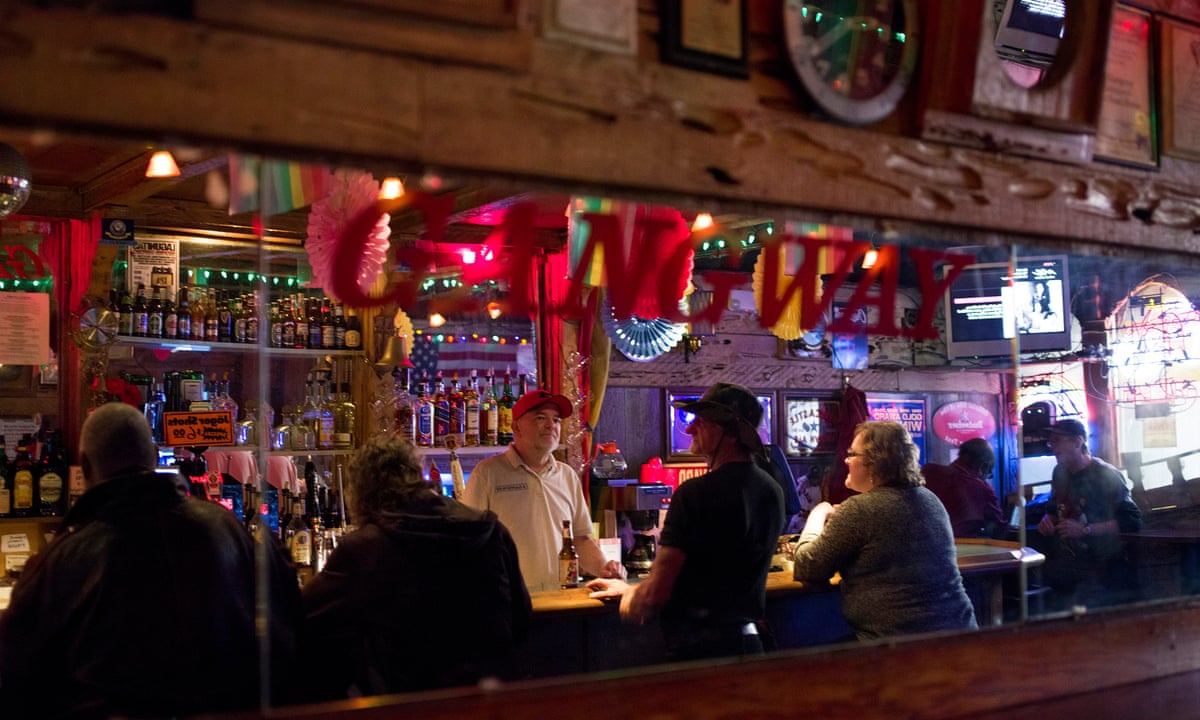 When Cleve Jones, a longtime gay activist who led the creation of the Aids Memorial Quilt, went to his local gay bar in the Castro district, he saw something that shocked him.

The tech bros had taken over The Mix. They commanded the pool table and the patio. These big, loud, butch guys. It was scary, he said. Im not heterophobic, but I dont want to go to a gay bar and buy some guy a drink and have him smirk and tell me hes straight. They can go anywhere. We cant.

Residents of San Franciscos historically gay Castro district are worried that its changing, as speculators come in to flip the few remaining ramshackle old Victorians and the old-timer gay bars shutter. In a recent small survey, 77% of people who have lived in the neighborhood for 10 or more years identified as gay, while only 55% of those who moved in the past year did.

When an iconic building was on the market earlier this year, it was between two potential tenants: a gay strip club and a SoulCycle. The SoulCycle won. This winter, The Gangway, the oldest gay bar in town, is closing down.

When you lose the geographic concentration, you lose a lot, Jones said. We lose the cultural vitality, the political power you also lose the specialized social services.

Lets be clear: San Francisco is still extremely gay, with 6.2% of the population identifying as LGBT, according to a recent Gallup poll that puts the Bay Area as the gayest region in America. Portland follows with their gay population at 5.4% of the region.

But the gay community is changing and traditional LGBT institutions are rapidly disappearing.

The faeries which Cancél defines as those in the artistic, eccentric gay culture, the sort who founded the Castro as a gayborhood in the 1970s are now more rare. There are so few faeries, we call it a unicorn sighting, he said, unwittingly giving each other the same word given to startups valued over $1bn. Its such a rare magical thing to run into a fellow faerie in the city these days.

At the Castro district Vanguard office, real estate agent Steve Huang said he finds the gay people moving to town dont necessarily want to live in any specific neighborhood anymore but prioritize being close to work or Bart. Also, as gay people have integrated further into mainstream culture, its gotten harder to tell whos gay in the first place. So youre doing this story about gay culture disappearing, and you might want to take a picture of a mother pushing her stroller outside a porn store, but that mother might be gay or she might be pushing it for two dads. The thing is we just dont look so different any more.

He wonders if gay people need to live in a concentrated neighborhood at all and says its not a major factor for most of his queer homebuyers.

If you follow the history of the Irish or the Japanese, they started in concentrated communities and then they assimilated, said Huang, whose husband leads historic tours of the neighborhood.

Asked how he felt about SoulCycle winning the key real estate over a male strip joint, he balked and said something half a dozen others interviewed for this story echoed:

Oh my God, think if you have a male strip spot near Bart. Whos going to come? Not gays. No, no, he said, raising his hands and leaning back in his office chair. Bachelorettes. Bachelorettes will come.

Others worry, though, that as the gay community becomes less concentrated or visible, those who do stand out will feel less safe.

Amy Sueyoshi, 45, associate dean of the College of Ethnic Studies at San Francisco State University, says she now feels less safe as a genderqueer person walking around San Francisco and faces more street harassment. Now, me and my friends step off Muni and we get called dyke and queer It feels less loving I do think that taking a walk on Valencia Street is not so great for me any more.

The Dyke March has become this huge frat party All these straight dudes and their girlfriends are descending on the park and setting up hammocks, Sueyoshi said. Its a little bit sad.

She followed up with an email: I do like to go to places in and around the Castro for Happy Hour or a snack and Ive noticed more straight people making out at these places where I go deliberately to NOT feel like I am oppressed by heterosexuality. Really, straight people do you HAVE to make out in the Castro as well? Good Lord.

Some drag queens feel theyre gawked at more recently. Charlie Ballard, a longtime drag queen and comedian in San Francisco, said he now has to contend with straighter crowds that are less enthusiastic about LGBT topics. Some of our LGBT performers have to deal with wishy-washy audiences of pseudo-hipster techie types. Theyre just sitting there, and Im like, Dude, youre not watching TV.

On a recent Thursday night at Aunt Charlies Lounge, one of the only remaining drag bars in the Tenderloin, the crowd included a mix of longtime gay patrons and younger straight people some of whom work in the neighborhood. Bar manager Joe Mattheisen, 66, who has worked at the hole-in-the-wall bar since 1997, said the bar has attracted younger, straighter crowds in recent years.

Part of the reason that so many gay bars have closed or turned straight, he said, is that LGBT people have become increasingly comfortable spending time at mainstream bars.

The gays fought for equal rights and they got it, he said. So the gays no longer needed gay bars. They just go to their neighborhood bar.

Mattheisen said real estate brokers regularly reach out to Aunt Charlies expressing interest in buying the space. But he said the owners have no plans to sell the business and plan to maintain it as a gay bar even if the crowd is getting straighter.

Eddie Bellber, 75, is a longtime regular at Aunt Charlies who spends nearly every day at the bar. Known locally by his nickname Hola, he said that its been depressing to see so many gay bars in the area shut down. San Francisco in the past few years has changed so rapidly with new development and young professionals coming here and new tech companies moving in, he said.

He said he fears that Aunt Charlies could suffer a similar fate. Im constantly worried. Its like they get one offer a week to sell, he said. If it closed, the drag performers would lose one of their best performance spaces. Where would my girls go?

At Tenderloin gay bar Gangway, which recently acquired new owners and is expected to soon close and transform into a new establishment, longtime manager Bob Ames, 58, said he hoped the gay community would continue to patronize the bar in its new form. I keep telling people theyve got to come back, and weve got to make it our own.