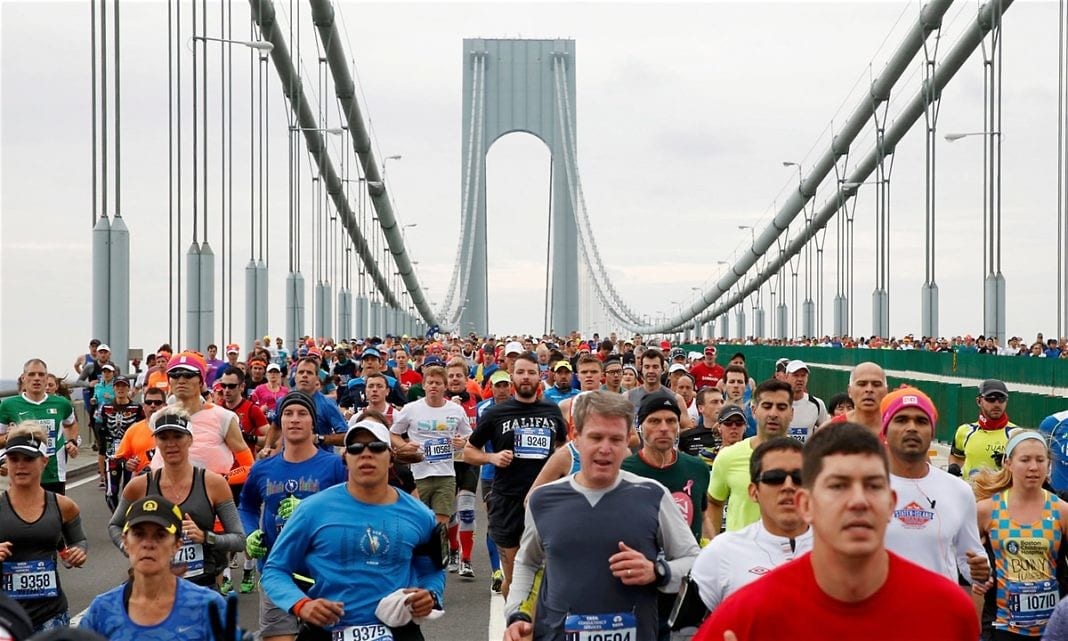 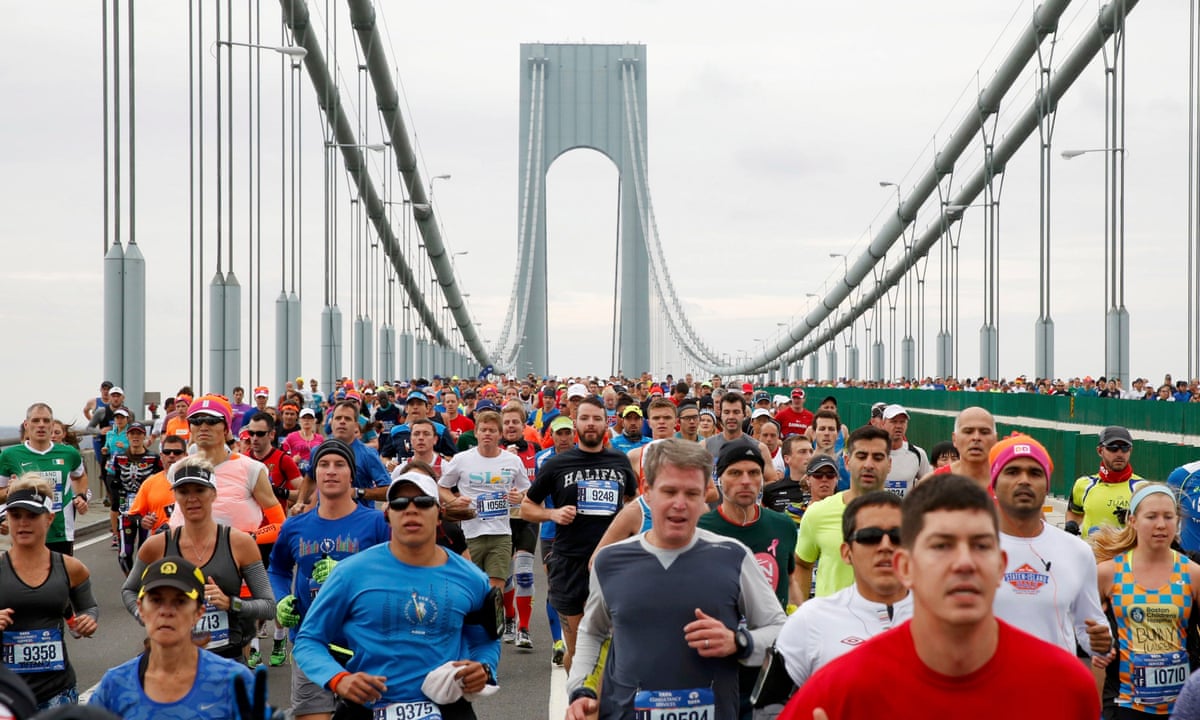 Finding safe, new uses for psychoactive drugs, well-known chemical compounds that can alter the mind, is a fashionable occupation for a niche group of tech enthusiasts called biohackers. Biohackers are hobbyists that typically experiment with psychoactive drugs, among other life-enhancing tools, outside of institutional laboratories. But one academic scientist is trying to convince the UK government and the scientific community that psychoactive drug use is a matter of sound public health policy.

While the US Federal Trade Commission is in the midst of penalizing businesses for using inadequate scientific evidence to claim that their products improve cognitive abilities, Samuele Marcora, the director of research at the School of Sport and Exercise Sciences at the University of Kent, is initiating academic research that could bolster these products reputations.

Through nearly two decades of studying human activity, Marcora has grown to appreciate caffeine a widely available stimulant that is also considered a psychoactive drug as a motivational tool for athletes. He saw that caffeine could reduce an athletes perception of effort and discomfort and increase their endurance. Marcora started to wonder if caffeine would have similar effects in non-athletes.

But then Marcora grew interested in stronger drugs that are generally forbidden for athletes: prescription-only stimulants, like modafinil and methylphenidate, as well as morphine-like drugs, called opioids. Stimulants and opioids could, at once, reduce a persons perception of effort and induce a reward state, he thought. If people could achieve an artificial runners high, then it could entice them to keep exercising. Marcora believed that psychoactive drugs, beyond caffeine, could help non-athletes overcome an innate resistance to physical activity that athletes do not have.

Suddenly, these psychoactive drugs took on a new form for Marcora, as a chemical intervention to fight physical inactivity in the general population. Inactivity, as measured as less than 30 minutes of moderate physical movement per day, is one of the western worlds most pressing public health problems. Experts link low physical activity to chronic conditions, like heart disease.

Now, Marcora is seeking a UK government grant to see how modafinil and high doses of caffeine could safely help people increase their activity levels in clinical trials.

Chemical interventions have been used before to safely curb public health problems. After all, the nicotine patch is a chemical intervention to curb smoking. Psychoactive drug supporters say that controlled amounts of the drugs can be safe and beneficial to generally healthy people, an idea that has given rise to a small group of Silicon Valley startups that sell a class of psychoactive drugs, called nootropics. Nootropics are chemical compounds that might improve a persons mental cognition.

But the experiments to prove to regulatory bodies whether these drugs improve health are expensive, and getting enough funding to back up new drug research requires convincing deep-pocketed government bodies and big pharmaceutical companies of the projects worth. This can be difficult for long-known psychoactive drugs, like caffeine, since they are cheap and their effects are known. So, nootropics startups are learning to circumvent the burden of following the conventional research path.

Still, formal research studies, like the ones Marcora plans to run, are key drivers in the movement to convince the mainstream public that psychoactive drugs, like nootropics, are safe and valuable to use. Without these expensive experiments, consumers might never know if potentially beneficial drugs are, in fact, improving their health.

The advantage of venture capital

Geoff Woo, CEO and co-founder of Nootrobox, a San Francisco-based nootropics startup, concedes that the data over nootropics effectiveness is limited and encourages more in-depth study around it. But Woo sees formal research as more of a marketing tool and less as a path to regulatory acceptance.

Were investing in research to make stronger marketing claims, says Woo. But we also live in a universe where marketing isnt strictly about owning a monopoly on a chemical. We think of this as an e-business model. Its, How do you get the message out? How do you become the most trustworthy brand in the space? Thats also why were investing in real science and real data.

Clinical studies pervade every aspect of the drug industry. Before any drug goes to market in the US, the Federal Drug Administration requires proof that it meets a baseline safety standard for human consumption, typically done in a series of tests called Phase I clinical trials. Dietary supplements, like the ones Nootrobox sells, have already passed through this step.

Though in order to prove that a drug achieves a specific effect in the body, like reducing the perception of effort, researchers need to subject the drug to additional clinical testing. These tests are called Phase II and Phase III trials. They require more test subjects and more money than Phase I trials. Typically, pharmaceutical companies are the only entities that are rich enough to go this far. But they have little economic incentive to fund expensive experiments on relatively cheap chemicals, like caffeine and the dietary supplements.

The thing with a lot of these nootropic compounds is they are open domain. These are natural compounds that cannot be patented, says Woo.

Fortunately for Woo, Nootrobox has the financial resources to fund Phase II trials. In December, it received $2m in seed funding from the venture capital firm Andreesen Horowitz. Nootrobox will be using part of its new funding to sponsor Phase II clinical trials of its products in partnerships with two universities.

Another nootropics startup, truBrain, is doing everything it can to avoid running large clinical trials. TruBrain uses a neuroscience technique called EEG to read a persons brainwaves to understand how its products work. Its a quantified-self-inspired data technique that Chris Thompson, truBrains founder and CEO, says draws in consumers and helps back up his products claims.

Still, truBrains in-house research doesnt meet the standards of clinical trials. Well definitely come out with peer-reviewed research, et cetera. But [the research that were doing now] is much beyond this typical, self-reported, How do you feel? BS. Thats way too soft for us; thats way too subjective and qualitative, says Thompson.

While there are some peer-reviewed clinical research studies that back some of the premise behind nootropics, they arent complete enough to give market-available products credibility. These studies only look at specific components of these chemical compounds, and most of them are limited to the effects of caffeine.

You could say that nootropics arent that well studied. But you could say that nothing is. We know almost nothing about how the brain works. We dont even know what caffeine does, exactly. Nothing is quantified to the degree that we want to do it, Thompson says.

Thompson doesnt see a need to rush into formal clinical studies as long as the technical level of his teams current studies is high enough to impress a customer, who might find them online , and appease the Federal Trade Commission. Nevertheless, he says truBrain is also running a clinical study in order claim on its marketing materials that its products improve concentration. Until then, Thompson is content selling his products without explicitly advertising their specific effects to the consumer.

Without clinical trials to back up the drugs efficacy, these new startups need to be vigilant about how they advertise their drugs to consumers. The FTC is beginning to crack down on the marketing claims of health startups. A few weeks ago, Lumos Labs, a company that makes the brain-training app Lumosity, had to pay the FTC $2m in fines for false marketing claims. Lumos Labs claimed that the app could boost the players cognitive performance, for which, the FTC argued, they did not have strong enough scientific evidence to prove. In July, a dietary supplements marketer called Procera was ordered to pay a $1.4m fine.

Marcora, the University of Kent researcher, believes the potential to alleviate a public health problem is a big enough incentive for the UK government to sponsor his psychoactive drug research. Yet even if he doesnt win the grant, he could inadvertently fuel the beginnings of a research wave at formal research institutions. Using ideas from the biohacker community, professional researchers would uncover new health benefits of old chemicals. Caffeine is just the gateway drug.

7 steps that will help you become a morning person