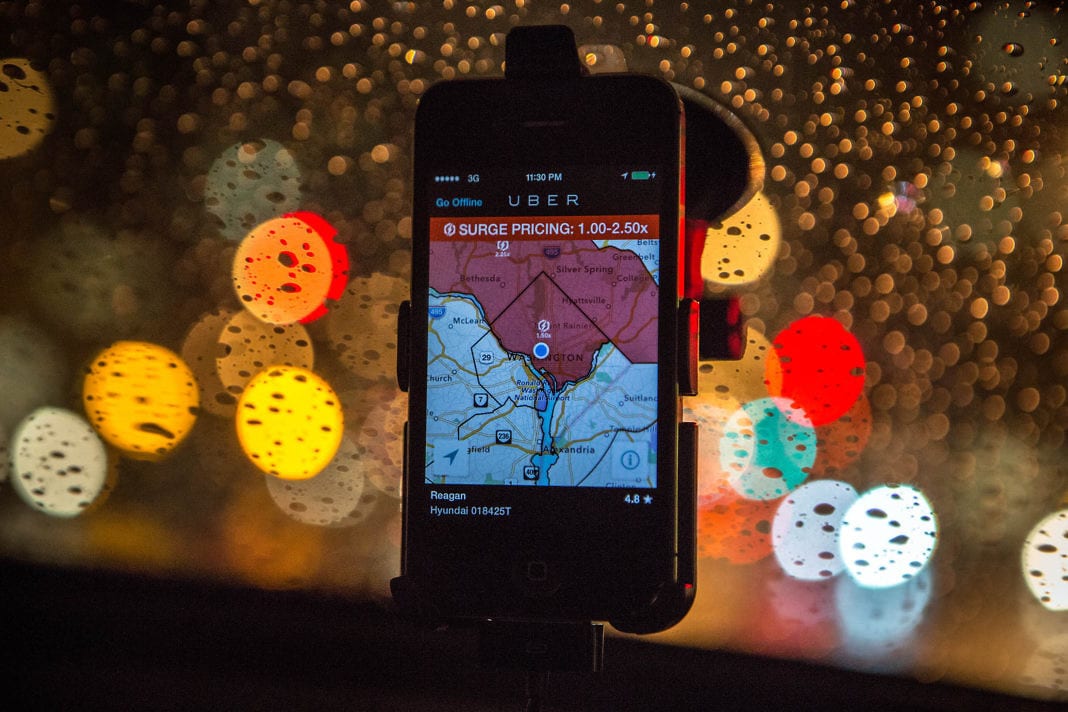 SharesPost Inc., a broker of private technology stocks, approached investors with what seemed like an alluring offer: a potential investment in a fund that would hold Uber Technologies Inc. shares. In exchange for exposure to the high-flying ride-hailing startup, they were asked to part with at least $100,000 each and agree to hold the stake until the company goes public or gets acquired, with no vote in business decisions or visibility into its operations or finances.

But SharesPost said it called off the proposed deal. The plan was to purchase as much as $10 million in preferred shares from Ubers most recent round of financing and package them in an investment fund to be sold at a premium, according to offering documents obtained by Bloomberg.

SharesPost said it wouldnt pursue the transaction, citing a lack of investor interest. It became clear that the minimum funds would not be collected for this deal, and as a result, the sales team began to inform interested clients of this fact, Greg Berardi, a spokesman for SharesPost, wrote in an e-mail.

The erstwhile offering shows the complexity of giving investors the chance to gain shares in a startup that wants to tightly control who gets a sliver, no matter how small. Like many startups, Uber limits sales of its shares. Such transactions can distort a company’s valuation, leave control in the hands of unknown investors and result in tax liabilities for the company, its employees and other shareholders. Uber declined to comment on the SharesPost proposal, but a spokeswoman said when Uber learns of potential unauthorized shares on the market, the company contacts the people involved.

Despite companies’ reluctance, broker dealers are constantly on the lookout for opportunities to capitalize on the excitement around coveted private stocks, not unlike the frenzy in the run up to Facebook Inc.s 2012 initial public offering. Representatives for SharesPost had been pitching clients as recently as last week, said a person briefed on the potential investment, who asked not to be named because the discussions were private. SharesPost has also been pitching clients on preferred stock from Lyfts 2014 fundraising round at a 12 percent discount to the price from its latest round, according to an e-mail obtained by Bloomberg. Lyft and SharesPost declined to comment.

Ubers hesitation is also due, in part, to some of the issues Facebook grappled with before its IPO. The social networking company had accumulated hundreds of investors, pushing it toward limits then imposed by regulators on how many shareholders a private company could have. Private stock deals also contributed to unrealistic expectations of a company’s worth and fueled disappointment when Facebook’s shares plummeted in the months after its market debut. The share price has rallied more recently and has tripled since its first day of trading in May 2012.

SharesPost’s role in share sales has drawn regulatory scrutiny. The broker settled with the Securities and Exchange Commission in 2012 to resolve claims that the online marketplace for private-company shares acted as an unregistered broker. SharesPost paid $80,000 and Greg Brogger, then the companys president, paid $20,000, without admitting wrongdoing. Brogger is now SharesPosts chief executive officer and chairman, and the company is registered with the SEC. SharesPost’s spokesman called the 2012 settlement completely irrelevant to a 2016 fund that never got off the ground.

Speaking to a Silicon Valley audience in March, SEC Chair Mary Jo White cautioned that secondary transactions could amplify errors or misconceptions in valuation. She highlighted the lack of transparency in such deals as cause for concern.

For the proposed Uber transaction, the documents said a fund managed by a member of SharesPosts board of directors would buy the shares at a 2 percent premium to their price in last years funding round, which valued the company at $62.5 billion, and then resell them for 5 percent more. Its unclear where the SharesPost fund would acquire the Uber stake from. VC Experts, a private-market research firm, estimated that the transaction would give Uber an implied valuation of more the $70 billion.

If the deal had moved forward, Uber would need to give approval to the fund manager, SharesPost said. The discontinuation of an offering that does not gain sufficient funding is not out of the ordinary at SharesPost or among other funds or organizations seeking to raise capital for private company investments, Berardi wrote in an e-mail.

Noticeably absent from the Uber fund offering documents reviewed by Bloomberg were many of the typical risk disclosures associated with an investment solicitation. While the documents acknowledge that risks do exist, the paperwork doesnt provide investors with information on such potential hazards specific to investing in Uber. SharesPost said it did not have had access to proprietary information about Uber to create company-specific risk factors. Our disclosures and risk factors are significantly deeper and broader than anybody else in the marketplace, Brogger, the SharesPost CEO, said in an interview.

Prospective investors need to meet the SEC definition for accredited, meaning they make at least $200,000 in two consecutive years or have a net worth of $1 million or more (excluding their home). While potential buyers would have needed to hold the stake until Uber goes public or gets acquired, they could ask the fund manager for permission to sell.

Companies selling shares on public markets are encouraged to disclose every possible risk, said Charles Kane, a senior lecturer at MITs Sloan School of Management. Private investors are typically afforded fewer protections. Its like youre going down a double diamond, Kane said, and they put a sign out: Ski at your own risk here. You have to be an expert.

This all-avocado restaurant is basically your Instagram feed IRL