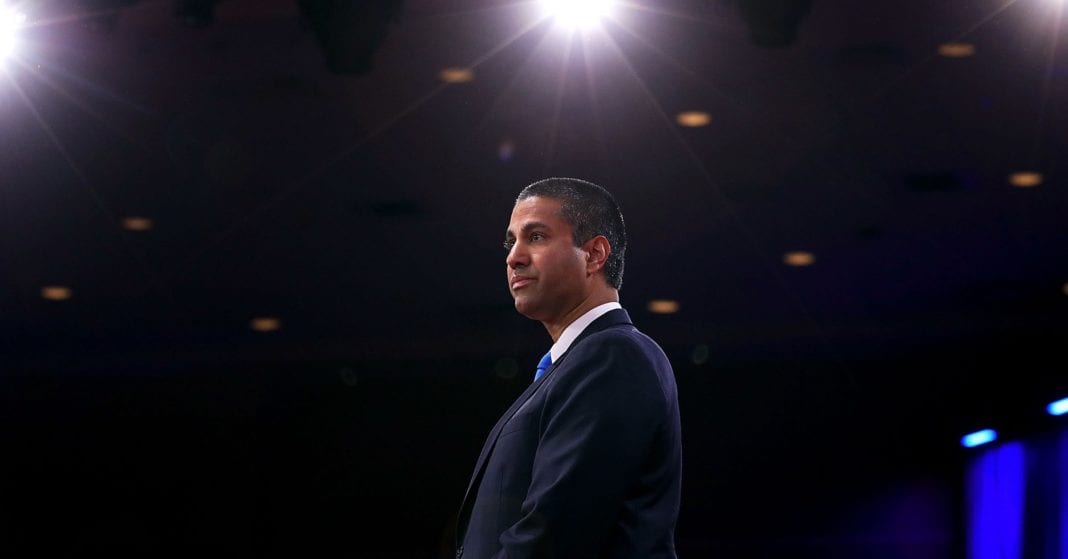 The Senate Wednesday voted to preserve net neutrality, with three Republicans joining all of the chamber’s Democrats and independents to block a Federal Communications Commission plan to undo Obama-era rules governing the internet. The vote is a major victory for net neutrality activists, but the plan still has a long way to go before it could take effect.

Senators Susan Collins (R-Maine), John Kennedy (R-Louisiana), and Lisa Murkowski (R-Alaska) crossed the aisle to defend net neutrality in what was otherwise a party-line vote. The final tally was 52–47. Collins had announced her support for the proposal in January, but Murkowski and Kennedy didn’t announce their positions in advance of the vote.

In a statement, Murkowski emphasized that she still disagreed with some aspects of the Obama FCC's rules. But she emphasized the need to protect internet users and end the battle over how best to do that. “I have voted to pass this resolution today so that we can reset the discussion and move beyond the politics at play here to what is really needed—lasting legislation that will provide certainty and move us beyond shifting regulatory standards that depend on who is running the FCC,” she said.

In 2015, the Obama-era FCC passed sweeping regulations that banned broadband providers such as Comcast and Verizon from blocking, throttling, or otherwise discriminating against lawful internet content. Last December, the now Republican dominated FCC voted to toss out those rules. The measure approved Wednesday, sponsored by senator Ed Markey (D-Massachusetts), would block the FCC's December order, which is scheduled to take effect June 11, and leave the Obama-era rules on the books. But it also requires approval by the House and the signature of President Trump.

The proposal passed narrowly in the Senate, where activists only needed to win over two Republicans. In the House, they'll have to woo more than 20 Republicans, even with unanimous Democratic support. Meanwhile, the White House has expressed support for FCC chair Ajit Pai's decision to reverse the Obama-era rules, and Trump denounced net neutrality in a 2014 tweet. It's a longshot, but it's not quite impossible. Trump is known to change his mind from time to time, and House Republicans could decide that voting against net neutrality would be politically problematic.

“Don’t listen to the naysayers – momentum is on the side of those who favor restoring net neutrality now,” said former FCC lawyer Gigi Sohn, who points to other longshot victories like the battle to stop two intellectual-property related bills, and the passage of the 2015 FCC net neutrality rules.

Net neutrality enjoys bipartisan support among voters according to a survey conducted by Program for Public Consultation at the University of Maryland last December. That survey found that after the issue was explained to them, 83 percent of respondents, including 89 percent of Democrats and 75 percent of Republicans, favored keeping the Obama-era rules.

The WIRED Guide to Net Neutrality

It echoes other polls, such as one published by Freedman Consulting last year finding that more than 80 percent of respondents, including 73 percent of Republicans, favor some sort rules banning broadband providers from blocking or discriminating against content.

The issue has also received an enormous amount of attention, from segments on Last Week Tonight with John Oliver to tweets from Star Wars star Mark Hamill. Opposing net neutrality could be a liability in November's mid-term elections. That's left some Republicans trying to position themselves as pro-net neutrality.

“I rise in support of net neutrality,” senator John Thune (R-South Dakota) said from the Senate floor. Like a few other Republicans, he said he supports the principles of net neutrality, but opposes the FCC’s 2015 rules as excessive because they reclassified broadband providers as Title II "common carriers" similar to traditional telephone services.

Thune said the issue should be resolved by Congress, not the FCC, and that Markey’s proposal only wastes time because it is so unlikely to be approved by the House. He urged Democrats and Republicans to come together and support a version of his 2015 bill. That bill would ban blocking, throttling, and paid “fast lanes,” but would also curb the powers of the FCC to regulate broadband providers. For example, Thune said he doesn’t think the government should stop broadband providers from exempting their own content from data caps. The Obama-era rules gave the FCC the authority to regulate such exemptions, known as “zero rating” on a case by case basis. Net neutrality advocates worry broadband providers could use zero rating to hobble competitors and startups. AT&T already exempts its DirecTV Now streaming television service from its customers mobile data limits, while competing services like SlingTV and Netflix count against those caps. Thune accused Democrats of partisanship for not working with him to improve his bill, which he reintroduced Wednesday.

Thune’s proposal falls short of what net neutrality advocates favor. But it goes further than another Republican bill sponsored by representative Marsha Blackburn (R-Tennessee) in the House and Kennedy, who voted in favor of Markey’s legislation, in the Senate. The Blackburn-Kennedy bill would prohibit internet providers from blocking websites and services, but wouldn't ban paid "fast lanes." It would also block states from passing their own stronger net neutrality rules.

Senator James Lankford (R-Oklahoma) said the FCC rules put broadband providers at a disadvantage to websites like Google and Facebook, because, he said, Google and Facebook can decide what content their customers see. Lankford suggested the government shouldn’t pass net neutrality rules, but should let the Federal Trade Commission enforce existing antitrust laws against both broadband providers and services like Facebook.

“It’s disappointing that Senate Democrats forced this resolution through by a narrow margin,” Pai said in a statement. “But ultimately, I’m confident that their effort to reinstate heavy-handed government regulation of the Internet will fail.”

Even if the legislation fails in the House, there are other options for protecting net neutrality. Several states, consumer groups, and companies are suing the FCC over the decision, and a few states have enacted their own net neutrality protections.

UPDATED, 6:45PM ET: This article has been updated to include additional reaction and analysis.

Why You Should Care About Net Neutrality