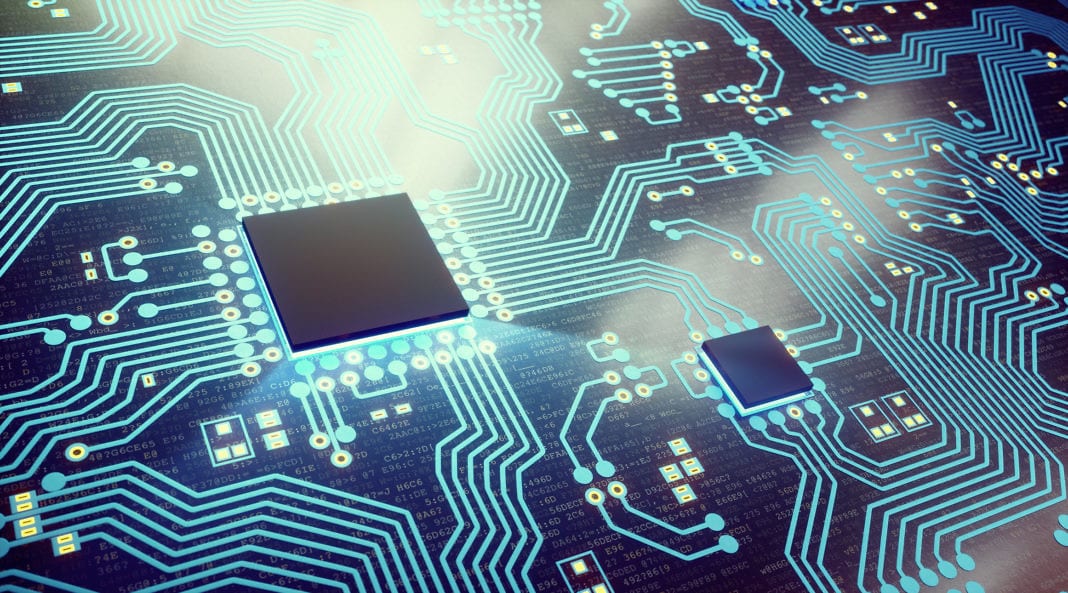 With the race to next-generation silicon in full swing, the waterfall of venture money flowing into custom silicon startups is already showing an enormous amount of potential for some more flexible hardware for an increasingly changing technology landscape — and Naveed Sherwani hopes to tap that for everyone else.

That’s the premise of SiFive, a startup that’s designed to help entrepreneurs — or any company — come up with a custom designed chip for their needs. But rather than having to raise tens of millions of dollars from a venture firm or have a massive production system in place, SiFive’s goal is to help get that piece of silicon in the hands of the developer quickly so they can see if it actually works based off a set of basic hardware and IP offered, and then figure out when and how to move it into full-scale production. The company starts by offering templates and then allows them to make some modifications for what eventually ends up as a piece of RISC-V silicon that’s in their hands. SiFive today said it has raised $50.6 million in venture financing in a round led by Sutter Hill Ventures, Spark Capital, and Osage University Partners.

“The way we view it, is that we think we should not depend on people learning special languages and things of that nature to be able to modify the architecture and enhance the architecture,” Sherwani said. “What we believe is there could be a high-level interface, which is what we’re building, which will allow people to take existing cores, bring them into their design space, and then apply a configuration. Moving those configurations, you can modify the core, and then you can get the new modified core. That’s the approach we take, we don’t have to learn a special language or be an expert, it’s the way we present the core. We’d like to start with cores that are verified, and each of these modifications does not cause to become non-verifiable.”

SiFive is based on a design framework for silicon called RISC-V. You could consider it a kind of open source analog to designs by major chip fab firms, but the goal for RISC-V chips is to lean on the decades of experience since the original piece of silicon came out of Intel to develop something that is less messy while still getting the right tasks done. Sherwani says that RISC-V chips have more than 50 instruction sets while common chips will have more than 1,000. By nature, they aren’t at the kind of scale of an Intel, so the kinds of efficiencies those firms might have don’t exist. But SiFive hopes to serve a wide array of varying needs rather than mass-producing a single style of silicon.

There are two flows for developers looking to build out silicon using SiFive. First is the prototype flow, where developers will get a chance to spec out their silicon and figure out their specific needs. The goal there is to get something into the hands of the developer they can use to showcase their ideas or technology, and SiFive works with IP vendors and other supply chain partners — during this time, developers aren’t paying for IP. Once the case is proved out (and the startup has, perhaps, raised money based on that idea) they can switch to a production flow with SiFive where they will start paying for IP and services. There’s also a potential marketplace element as more and more people come up with novel ideas for operational cores.

“For any segment in the market there will be a few templates available,” Sherwani said. “We’ll have some tools and methodologies there, and among all the various templates are available show what would be the best for [that customer]. We also have an app store — we are expecting people who have designed cores who are willing to share it, because they don’t need it to be proprietary. If anyone uses that template, then whatever price they can put on it, they can make some money doing that. This whole idea of marketplaces will get more people excited.”

As there is an intense rush to develop new customized silicon, it may be that services like the ones offered by SiFive become more and more necessary. But there’s another element to the bet behind SiFive: making the chip itself less ambiguous and trying to remove black boxes. That doesn’t necessarily make it wildly more secure than the one next to it, but at the very least, it means when there is a major security flaw like Intel’s Spectre problems, there may be a bit more tolerance from the developer community because there are fewer black boxes.

“All these complications are there and unless you have all this expertise, you can’t do a chip,” Sherwani said. “Our vision is that we deliver the entire chip experience to that platform and people can be able to log in. They don’t need a team, any tools, they don’t need FPGAs because all those will be available on the web. As a result the cost goes down because it’s a shared economy, they’re sharing tools, and that is how we think dramatically you can do chips at much lower cost.”

While there is a lot of venture money flowing into the AI chip space — with many different interpretations of what that hardware looks like — Sherwani said the benefit of working with SiFive is to be able to rapidly adapt an idea to a changing algorithm. Developers have already proven out a lot of different tools and frameworks, but once a piece of silicon is in production it’s not easy to change on the fly. Should those best practices or algorithms change, developers will have an opportunity to reassess and redesign the chip as quickly as possible.

The idea of that custom silicon is going to be a big theme going forward as more and more use cases emerge that could be easier with a customized piece of hardware. Already there are startups like Mythic and SambaNova Systems, which have raised tens of millions of dollars and specialize in the rapid-fire calculations for typical AI processes. But this kind of technology is now showing up in devices ranging from an autonomous vehicle to a fridge, and each use case may carry different needs. Intel and other chip design firms probably can’t hit every niche, and the one-size-fits-all (or even something more modular like an FPGA from Intel) might not hit each sweet spot. That, in theory, is the hole that a company like SiFive could fill.

StreetTeam locks down $10M to power ambassador programs for brands