The modus operandi for many tech entrepreneurs lacking ideas appears to be: just find an existing service, privatize it, and claim to have reinvented it 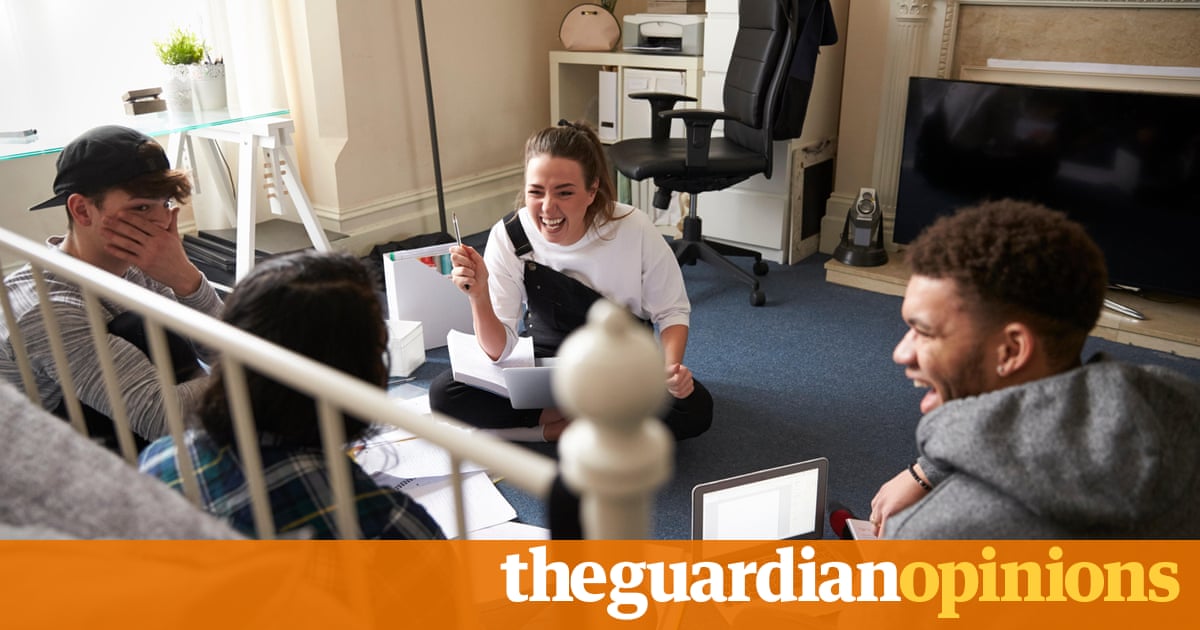 As a viral tweet pointed out earlier this week, “co-living”, which has inspired a spate of trend-pieces in recent months, is actually “called *roommates* … you invented ***roommates***.” The tweet got over 100,000 likes and almost 30,000 retweets, so one could say that it struck a chord.

The co-living space is also full of cool amenities like yoga classes and micro-brew coffee bars, meaning you can minimise unnecessary interactions with the outside world. In startup speak, this is what is called “community”.

The Collective, for example, a co-working space in London, describes co-living as “a way of living focused on a genuine sense of community, using shared spaces and facilities to create a more convenient and fulfilling lifestyle”.

By “convenient” they mean anonymous people on minimum wage clean up after you. And by “fulfilling”, they mean you can sit in a communal lounge staring at your phone surrounded by other people from the same socioeconomic bracket staring at their phones.

But I shouldn’t hate on millennial tech types too much. It has to be said, after all, that they are incredibly innovative. Not only did they invent roommates, you see, but they’ve also invented a whole heap of other amazing things which you may have thought already existed.

Earlier this year, for instance, the ridesharing start-up Lyft launched Shuttle, which allows you to “Ride for a low fixed fare along convenient routes, with no surprise stops”. The Shuttle website helpfully describes exactly how to use this revolutionary new service: “Walk to stop. Hop in. Hop out. Walk to destination.”

As was quickly pointed out by numerous people this is basically a “bus”. Just, you know, without the poor people.

Another thing those tireless tech brains have recently invented is “vending machines”. You probably remember Bodega, the startup which recently caused a great deal of controversy for its vision to rid neighbourhoods of their local convenience stores and replace them with vending machines.

Except they’re not just vending machines, guys! They’re smart-store kiosks powered by AI that you can operate via your phone! This brilliant idea netted the two ex-Googler founders about $2.5m in funding. Oh, and by the way, in case you thought Bodega was about decimating your local community, you’re totally wrong.

Like all tech startups, community is a central part of its vision. Bodega explained that its overall mission was to “use machine learning to constantly reassess the 100 most-needed items in that community”. Because a community that never runs out of Doritos is a stronger community.

When you are constantly inventing things to help the community and change the world it can be hard to find time to eat. Which is why one visionary twentysomething invented Soylent, a food replacement beverage.

While food replacement beverages have been around for a while in the guise of things like Ensure or Slimfast, they’ve traditionally been targeted at older people and women, that is, people who are basically irrelevant to “tech bros”. Soylent, on the other hand, was made by and designed for young men in tech and had cool branding. So, obviously, it has netted over $50m in funding despite the small fact that it tastes gross and has given multiple people “uncontrollable diarrhoea”.

Depending on your level of enthusiasm for unbridled capitalism, all of this is either leaving you feeling a little depressed or incredibly inspired. Personally, I suggest looking on the bright side.

If you’ve always wanted to be an entrepreneur but thought you simply didn’t have a good idea, this should prove that you don’t need one. Rather, if you want to get your hands on some venture capital money just find an existing service, privatise it, and claim to have “reinvented” it.

Or find something that already exists and slap a co- in front of it. Since co-working and co-living are taken, I’ve decided to invent co-eating. It’s basically like a restaurant but focused on a genuine sense of community, you know? Oh, hang on. I just Googled it and, well of course, co-eating is already a thing.