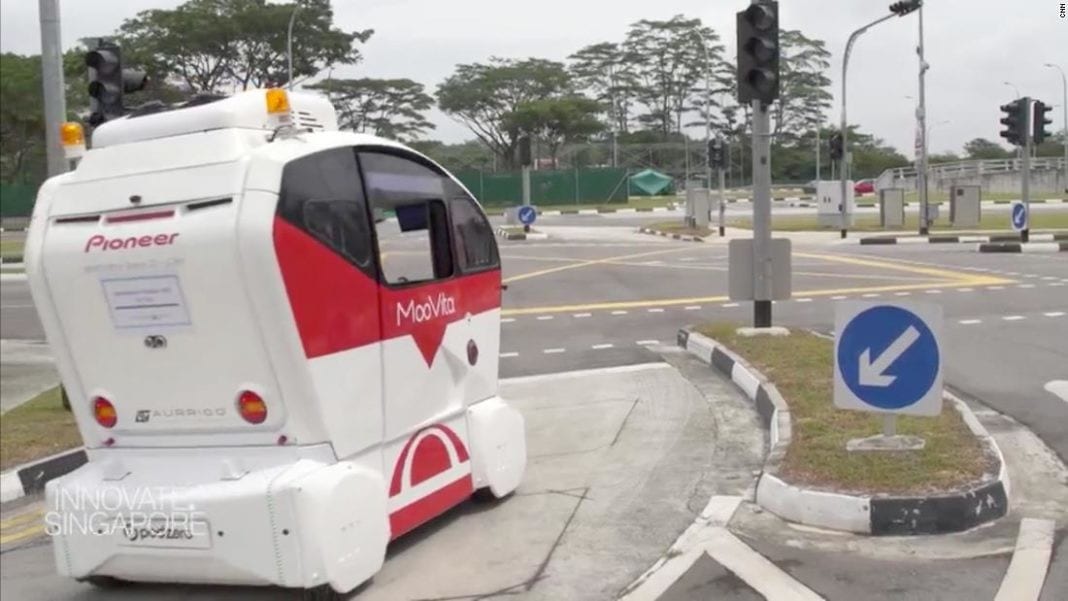 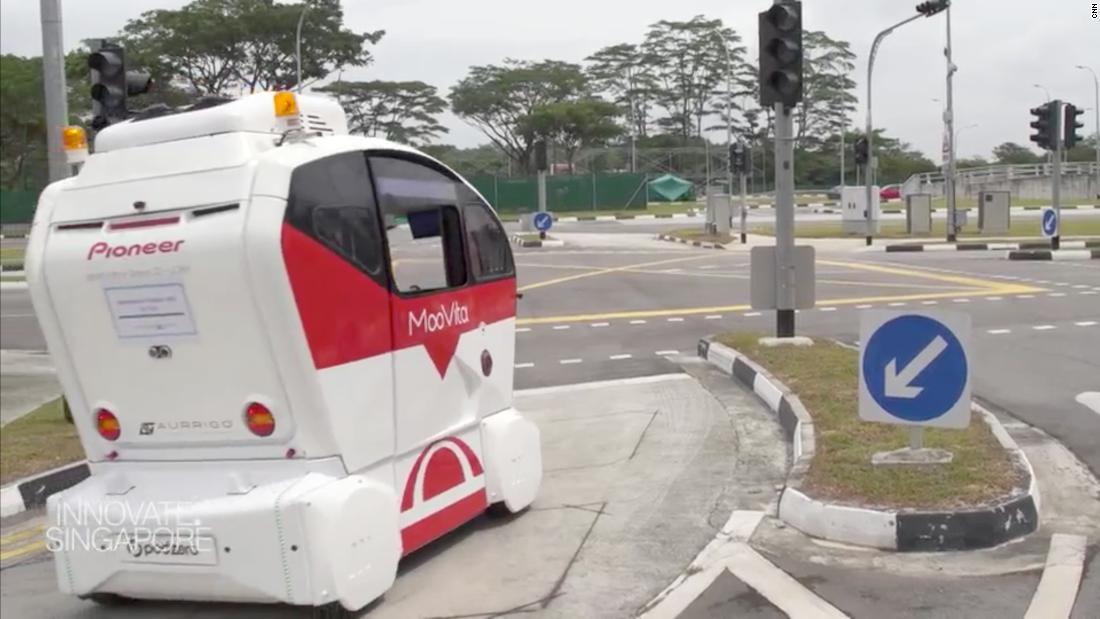 Singapore (CNN Business)It may look like a giant robotic bug but the MooAV could be the car of the future.

Startups from around the world are coming to the purpose-built track that recreates an urban environment over 5 acres at Singapore’s Nanyang Technological University. The roads look like any other in the city, with stop lights, crosswalks and traffic signs. There’s even a rain simulator. 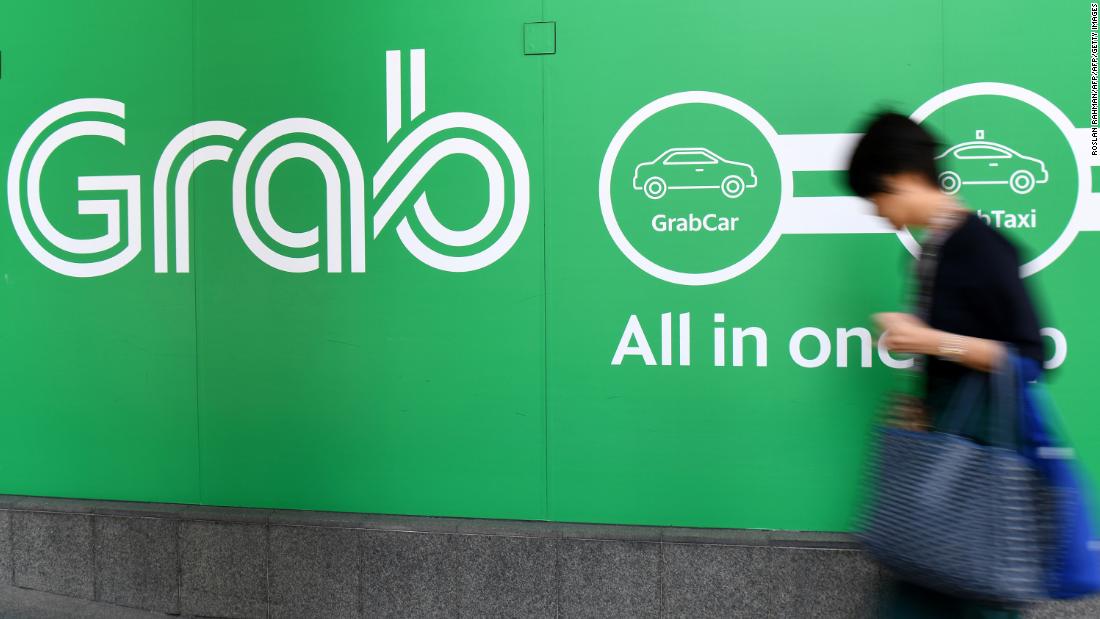 It’s all part of an effort to test how autonomous vehicles cope with all those elements.
Dillip Limbu, MooVita’s CEO, said the quirky design of the company’s car, the MooAV, is intentional.
“In order for the public to know that this is different to conventional cars, it needs to be noticeably different on first impressions, and stand out in comparison to other cars,” he told CNN.
Projects like Nanyang’s test track have helped Singapore become a hub for the development of self-driving vehicles. That role fits with the city-state’s broader push to encourage the growth of its tech sector and tackle some of the challenges it faces at the same time.
“Singapore is aging more rapidly and [at] a faster rate than anywhere else in the world, and so we have a situation where, in order to provide mobility for seniors, it would be really advantageous to have such technology available,” said Subodh Mhaisalkar, the professor in charge of Nanyang’s Energy Research Institute, which carries out autonomous vehicle research.
The institute’s self-driving work focuses on groups like the elderly or disabled who they believe would be the first to benefit from the technology. 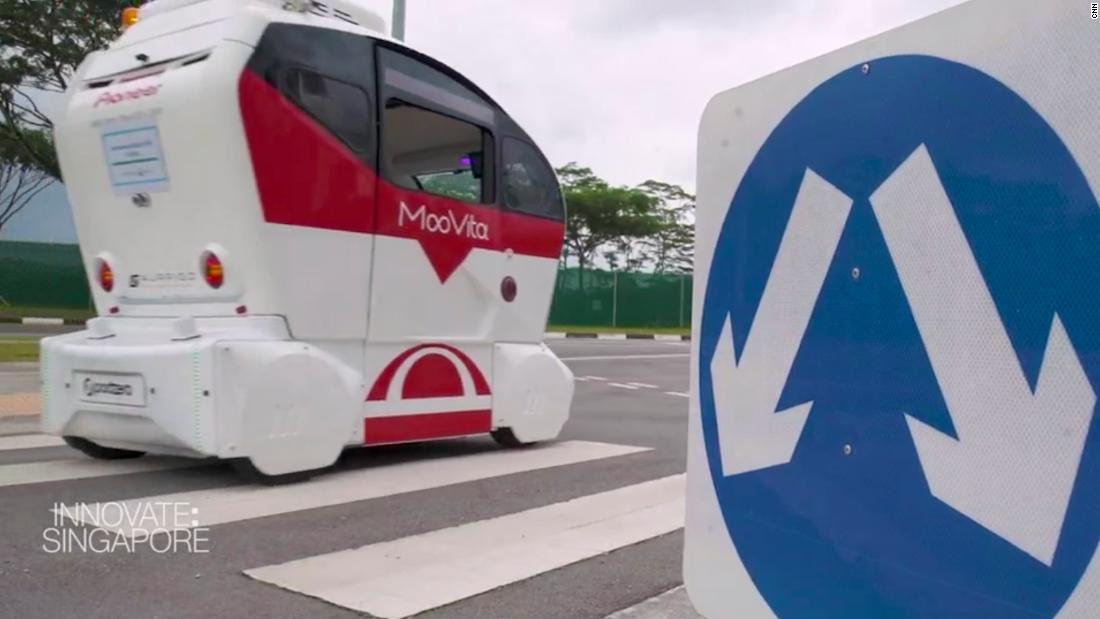 Autonomous vehicles are already mingling with traditional cars on Singapore’s roads in designated towns and zones. The Singapore government has imposed limitations, though, to make sure things don’t move ahead too fast.
Speed limits are as low as 30 kilometers per hour (19 mph), and the presence of a safety driver is required by law.
The risks of testing self-driving cars on public streets were brought to global attention when a woman died after being hit by an autonomous Uber vehicle in Arizona last year.
Experts say Singapore is well prepared for the gradual introduction of the technology. 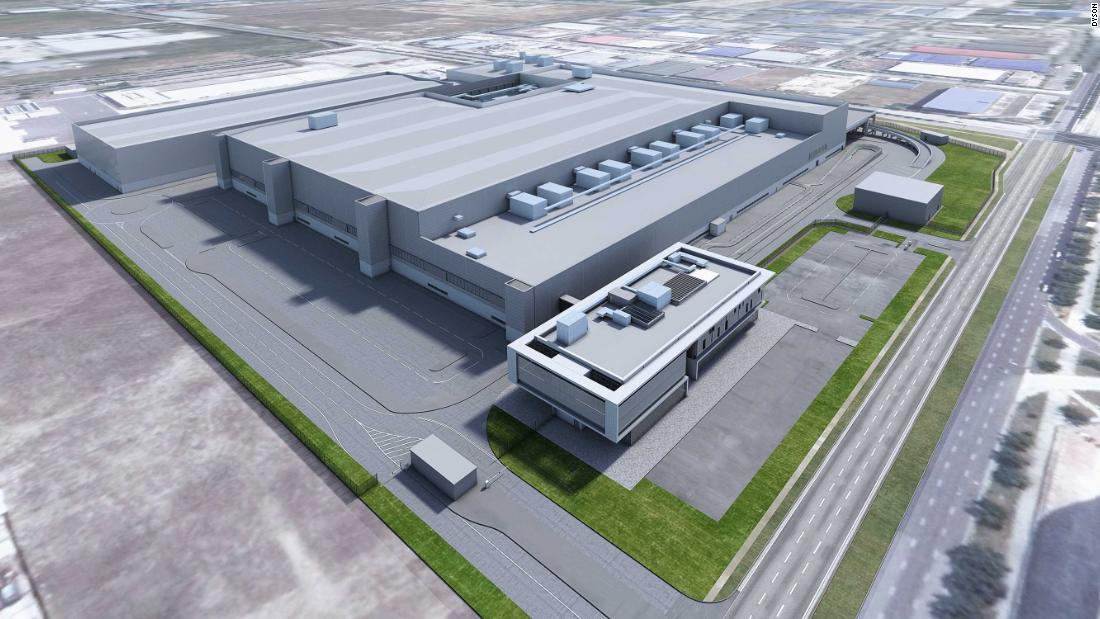 Cities like Singapore that have “extremely high sophistication of infrastructure would be the first places where autonomous vehicles would be deployed readily, compared to other cities,” Mhaisalkar said.
“You can test mega-city driving in a comparatively controlled environment, but do so with extremely sophisticated infrastructure.”
For the past two years, consulting firm KPMG has ranked Singapore as the second best prepared country for autonomous vehicles after the Netherlands. KPMG’s Autonomous Vehicles Readiness Index takes into account technological advancements, government policies, consumer interest and other factors.
The MooAV, which is still in research and development, functioned much like an ordinary car on the university test track, respecting stop lights, stopping for pedestrians and taking passengers from one point to another.
According to Limbu, cars like the MooAV will become a common sight in Singapore for ferrying passengers on fixed routes in Singapore in the next few years.

But not a broken man