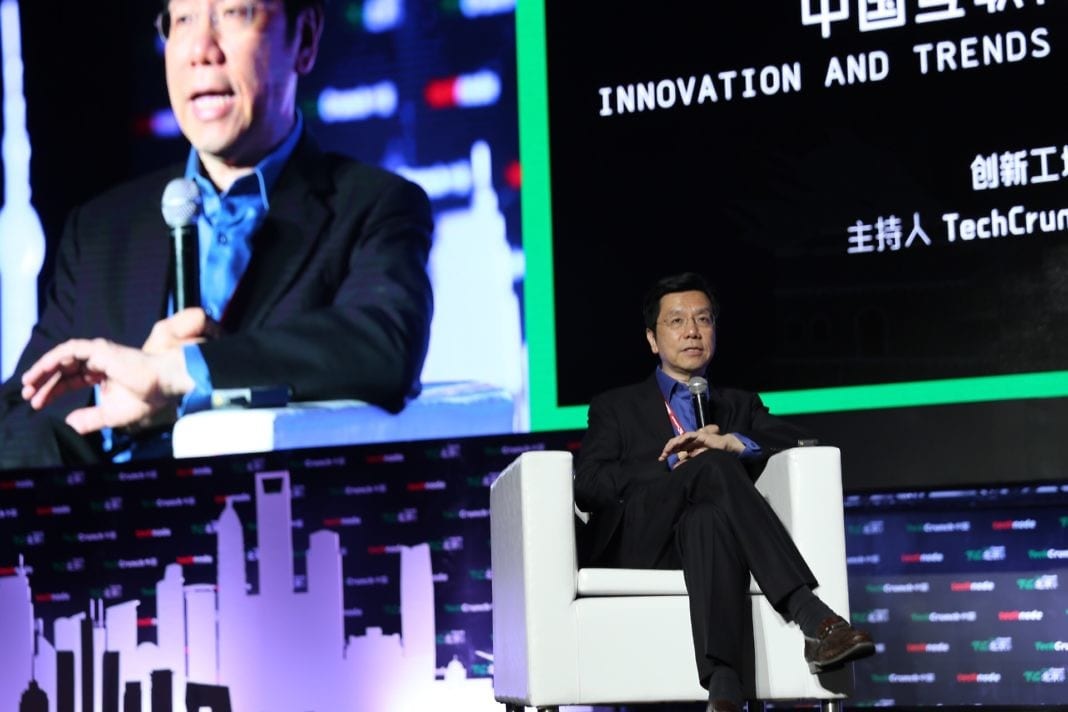 Given that Sinovation Ventures founder Dr. Kai-Fu Lee has around 50 million followers on Chinese social networks, he has become an oracle when it comes to predicting the future of tech in China. Kai-Fu Lee talked about the most important trends in Chinese startups at TechCrunch Beijing 2016.

Sinovation Ventures recently raised the equivalent of $675 million in total across a Chinese and an American fund, and the firm has over 300 companies in its portfolio. We can invest up to $15 million per company now, Kai-Fu Lee said.

AI is really changing every profession and every industry. Theres almost nothing that wont be touched by AI, Kai-Fu Lee said. You could easily imagine education applications for instance AI could replace a lot of the basic teaching functions. Medicine and health are also key areas.

AI works very hard and is very cheap. Humanity as a whole will have a lot more resources and we will probably be able to take care of everyone thanks to AI, he said. As for human mankind, were probably not here on Earth to perform repetitive and non-productive tasks, he continued.

According to him, transportation is going to be the biggest industry that is going to be disrupted by artificial intelligence, starting with truck drivers. Thats why Otto was acquired by Uber in the U.S., he said.

When it comes to healthcare, Kai-Fu Lee was a bit more careful, saying that its going to take a while and be a progressive change. That one is a bit tricker because its human lives at stake it could start as human assistance, he said.

But it doesnt mean that the firm only wants to focus on complex tech achievements. Sinovation Ventures is also investing a lot of money in entertainment and content companies. For instance, the company has invested in a variety TV show, which is quite unusual for a VC fund.

We tend to make smaller investments in the U.S. so that we can get in and learn from these investments, Kai-Fu Lee said. It could mean investing in hardware companies, toy companies, etc.

Finally, Kai-Fu Lee talked about the state of consumer products in China. I think the consumer mobile internet is more advanced in China than in the U.S. because Chinese users were behind, so now they can move forward and jump a few steps, Kai-Fu Lee said People jumped directly from cash to mobile payment. In certain areas like mobile payment, mobile gaming, mobile communication, China is leading.

According to him, big companies like Facebook and Google shouldnt even try to compete with Chinese consumer giants, such as WeChat, as its probably too late.

Companies like Facebook or Google could focus on their brand new products that may not have a Chinese equivalent or brand, Kai-Fu Lee said. For example, Facebook has Oculus and I think Google also has technology that isnt matched by Chinese competitors. I would try to launch them in China.

Mohamed El-Erian: ‘We get signals that the system is under enormous stress’

How one Australian startup made it by doing everything backwards