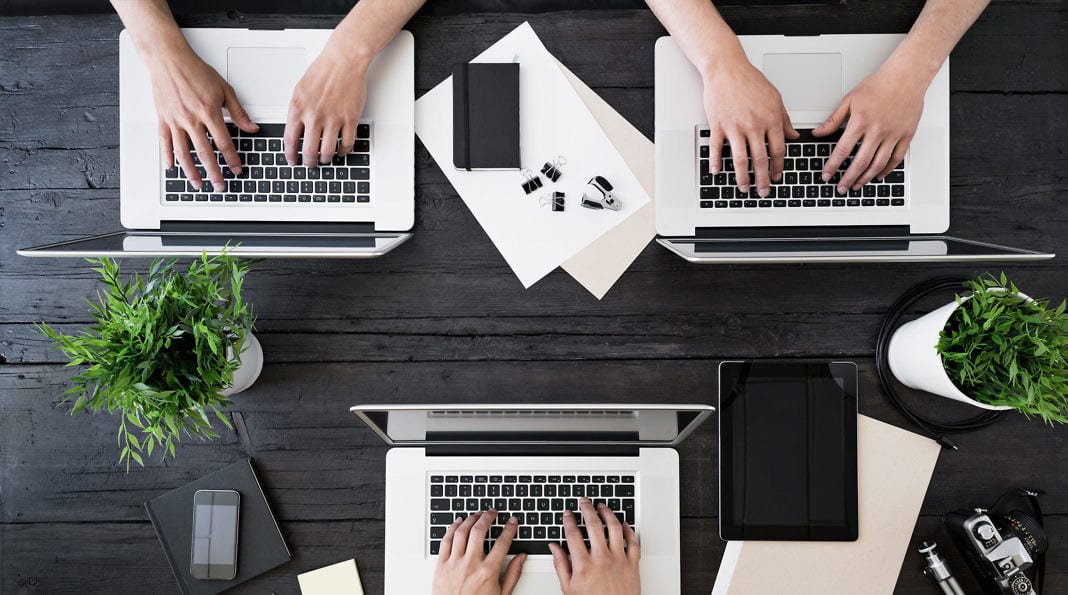 For $1,000 a day, David Markovich will teach the old people in your office how to use Slack.

Don’t know what Slack is? He can help. The 27-year-old runs ChatOverload, a consulting firm that helps companies modernize team communications using the popular, two-year-old messaging platform. For less tech-savvy (or millennial-savvy) organizations, Markovich holds seminars, builds custom Slackbots, and explains how to “have fun” with group chat. So far, he said, he’s worked with about half a dozen companies (though he can’t disclose which they are).

Slack Technologies Inc. is one of a handful of group messaging services that, if you’re in a certain industry and of a certain age, have seemingly taken over your workplace. Many offices have moved a chunk of internal communications to Slack and its competitors, HipChat and Campfire. Based in San Francisco, Slack first took off with companies that had young teams whose members spend all day online anyway, and for whom chatting was a natural and intuitive way to communicate. Chatting is faster, easier, and more efficient than e-mail, a much-hated part of office life. It’s also fun. Since its inception, the service has amassed 3 million daily users through word-of-millennial-mouth.

That growth has come with problems. Over the last six months, dissatisfaction with the service, aka the Slacklash, has been brewing. Instead of inbox bloat, users suffer from notification overload. (Chat messages can appear, with an audible alert, while you’re doing other things.) Chatting, it turns out, is too much fun; it’s hard to get work done when the party is just a tab away. And if e-mail kept us chained to our digital desks, Slack is even worse. Bosses who refrained from sending late night e-mails knowing it made employees feel pressured to respond think a Slack chat is less “threatening,” one user wrote over at the Cut. Facing these issues, one office took a break from Slack to see if it was even useful anymore.

Just as current users harp about the downsides of group chat, Slack, currently valued at almost $4 billion, is looking to grow even more. “Slack is in this interesting position where they are in the middle of a jump from tech startups and early adopters,” said Alex Godin, 22, who runs the consultancy Slash-Hyphen. The next logical place to look: big companies with employees over the age of 30not millennials. Those companies need help. It’s not only logistically more difficult to implement Slack with big companies that have hundreds, or thousands, of employees, but it doesn’t happen as organically as when you’re dealing with a startup. If the kids are already having Slack crises, how will the adults ever manage on their own?

Though it appreciates the help from consultants, Slack has been making its own moves to court new customers, including creating compliance exports and offering other business friendly features with its most expensive “Plus” plan. It’s already made significant inroads at some of the biggest companies. There’s also promise of an “Enterprise” option that will come out some time this year. “We’re thrilled that there are consultants helping teams using Slack,” a spokesperson said in a statement. “However, we do not have an official program for Slack consultants yet.”

That leaves room for people like Malkovich and Godin. Adopting an entire new way of communication is especially tough in big corporations.”It’s a really big transition,” said Markovich, 27. That’s especially true for Gen X-ers and baby boomers, who make up almost half the workforce and might hold on to such communication relics as, say, e-mail, telephones, or even talking face to face. Those demographics might not be as lucrative marketing-wise as the 18-34 bracket, but they deserve consultants, too.

Godin said just getting in the door is a battle when dealing with big companies. “A good chunk of Slack’s users are tech startups. They don’t buy software the way a big company buys software,” he said. “[Big companies] aren’t just downloading it from the app store and hoping that everyone in the company is going to use it one day.”

Once brought on board, the Slack consultants are doing companywide training, making sure it works across teams, and customizing it with additional services that will help employees get their specific tasks done. Both Godin and Markovich have built custom bots (programs that work inside Slack that sometimes have cutesy personalities like Clippy). One of Godin’s bots takes a Slack chat and turns it into a list in Google Sheets. This is useful for brainstorming, as venture capitalist Fred Wilson explained in a blog post. Discussions don’t happen on Google Sheets, but they do happen in Slack. The bot will take ideas generated in chat and send them to a living, constantly updating document. Bots can make work life a little easier in lots of small ways. For sales people, there will be sales bots. For analytics-driven jobs, there will be analytics bots. (Bloomberg Beta, the venture capital arm of Bloomberg LP, is an investor in Slack.)

What makes someone qualified to be a Slack consultant? Being under 30 and very into Slack helps. Both Godin and Markovich got on the Slack bandwagon early and have since turned into evangelists. Markovich runs several large Slack groups, including Vapor Hangout, “a place for the Vape community to talk about our shared passion.” Godin was so sold on Slack that he stopped checking e-mail at his old job.

As a consultant, he’s worked with about half a dozen companies, including the Acumen Fund, a nonprofit. Like many, the companies he works with are frustrated by e-mail. A non-millennial manager at the Acumen Fund had heard of Slack and, facing some new projects and new hires, sought out Godin for help. (Godin demurred when asked how much he charges.)

A consultant’s main job is to help teams bypass the fun (but ultimately frustrating) Slack honeymoon period and get straight to the service’s utility. Most offices have to learn the dos and don’ts of Slack on their own. When companies first get on Slack, workers can’t help but abuse the novelties: They send GIFs, create non-work-related chatrooms, and spend more time goofing off than working.

Consultants expedite the process: “We explain the things that can go wrong,” said Godin.

One of those things is chat overload, the key complaint of Slack’s growing contingent of disgruntled legacy users. “If you join every room in the company, all of a sudden you’re covered in notifications, a position Ive been in,” he said. He suggests that people don’t join every room and consider how connected they might want to be.

Markovich has a more all-in philosophy. “I actually encourage people to be on it as much as possible, that’s my job,” he said. “They might be messing around, but they’re not in their e-mail, where their grandma is e-mailing them a picture of a puppy. Everything is work-related. Even if they’re just chatting with a friend, that’s culture.”

The best way to learn to use Slack is to get extreme. Markovich suggests that bosses and managers avoid e-mail for internal communications for two days. “You don’t have a fork; you have chopsticks,” he said. “You learn.”

11 Types Of Friends You Need To Upgrade Now

Five Big Reasons Why People Are Still Skeptical About Bitcoin