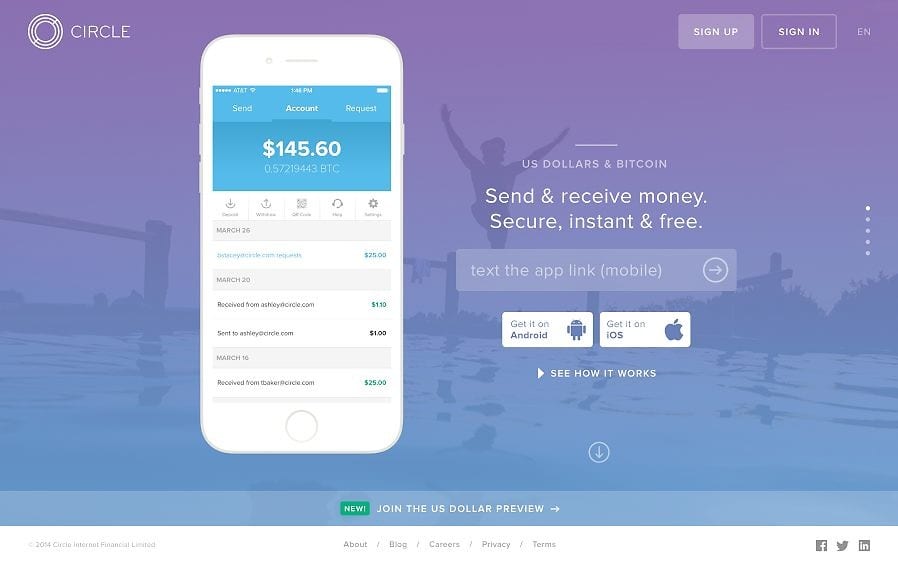 Circle has lit up two more European markets as it works to rapidlybuild outits presence in the region. Users of the P2P payments app in Spain and Ireland can nowconnect any Spanish or Irish bank account to the appto send and receive money within their own countries and across borders (withnative Euro support in those markets).

The U.S. P2P payments startup only rolled into Europe in April, when it launched for U.K. users with sterling its second fiat currency after the dollar.

Its also since taken in a $60 million funding round, and set up a separate China operation, called Circle China, with ambitions to help Chinese users send money overseas which is another reason to expand its reachin Europe.

A spokesman said next on its priority launchlist are large markets such as France, Italy, Germany, adding: Others will fast follow.

Notably, though, Circle is still not disclosing user metrics, more than a year after theU.S. beta launch of its payments app. And payments are a contested space, with many players offering services from the likes of TransferWises feeless cross-border transfers to Facebooks push into social payments via its messaging app.

Circlewill only say that its on pace to do a billion dollars worth of volume transaction this year, and that user growth in the U.S. is832 percent YTD, whilethe U.K. average quarterly growth rate is at 119 percent.

Prior to launching its Circle Pay app to tryto grab a slice ofthe mobile social payments market, the startup had a bitcoin wallet. It now prefers totalk in terms ofthe power of blockchain technology, using bitcoin as a route to settle any cross-border payments into currencies where itdoes not yet have a localbanking partner.

Morpheus Space’s modular, scalable satellite propulsion could be a game-changer for orbital industry