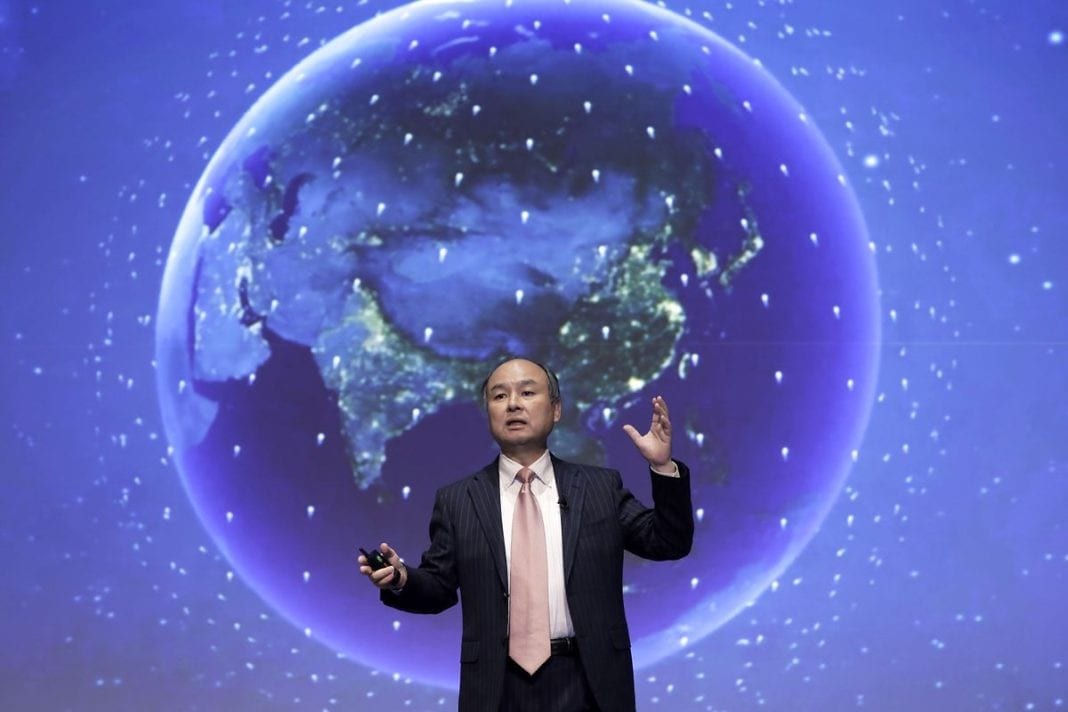 Earlier this month SoftBank led a $502 million investment in a London-based virtual reality startup called Improbable Worlds. Less than two years ago, the startup was worth about $100 million. Then SoftBank came along, and suddenly it was worth 10 times that. Overnight, Improbable Worlds had become a unicorn.

In the months since Softbank Group Corp. unveiled plans for a $100 billion technology fund, the Japanese company has been making its presence deeply felt across the industry. The Vision Fund closed a few days ago with $93 billion in initial commitments, and already venture firms from London to Silicon Valley are fretting about a behemoth with the resources, clout and name recognition to snatch away the most promising deals.

Just last week, SoftBank swooped in and pumped $1.4 billion into Paytm, India’s largest digital-payments startup. The deal boosted Paytm's valuation by about 40 percent to $7 billion. That's not outlandish given Paytm's dominant market position, but the valuations of other SoftBank deals have prompted head-scratching and ignited alarm that a funding atmosphere that only recently cooled off will heat up again.

To put the size of the fund in perspective, there were more than $100 billion worth of global VC deals done in 2016, according to research firm Preqin. Moreover, because Masayoshi Son's company typically makes investments of at least $250 million—big by venture standards—some VCs say the influx of money will give fledgling companies more room to run, whether they deserve it or not.

Big bets are Son's style, and he's been investing like this for more than 20 years. He was an early backer of Yahoo! Inc., and he bet on China’s Alibaba Group Holding Ltd., which turned into one of the best venture investments of all time. He parlayed an initial $20 million outlay into a stake that is now valued at more than $90 billion, or 4,500 times his original investment. SoftBank also backed ride-hailing giant Didi Chuxing earlier this year in a record $5.5 billion venture round, a bet on the four-year-old startup's plan to expand beyond China. The round lifted Didi's valuation to about $50 billion.

Venture industry veterans liken SoftBank's potential impact on valuations to what happened when Wall Street fell hard for tech startups. Starting about five years ago, hedge funds and private equity shops got into the act, backing the likes of Snapchat, Pinterest and Dropbox. Then last year, after watching firms like Etsy stumble once they went public, startups began putting initial public offerings on hold. Others, flush with cash, chose to stay private longer while building their businesses. Hedgies, used to quick returns, pulled back, and valuations have returned to more rational levels. Now, the cycle may be set to start all over again, this time fueled by the Vision Fund, whose investors include Saudi Arabia and Abu Dhabi.

"The fear is all rooted in the 2014, 2015 investment environment, where there were tourist investors and valuations were getting out of control, and when valuations get too high it limits exit opportunities," says Kyle Stanford, an analyst at PitchBook Data Inc.  "That fear is still there so when you see a fund of $100 billion coming in already making big headliner deals, I think that fear is going to come back."

Earlier this year, according to a person familiar with the matter, SoftBank invested $300 million in WeWork Cos., which rents out temporary work space. After the SoftBank infusion, WeWork’s valuation also increased by about $2 billion to about $18 billion, according to an estimate by private stock market provider Equidate. Softbank will eventually take a much larger stake, the person says, probably by tapping the new fund. That could push up  the valuation even more at a company whose breakneck growth projections may not play out as expected.

Then there's the concern that SoftBank will ladle out more money than startups need or can absorb. One worry is that big infusions will persuade founders to stay private longer than they otherwise would. Consider SoFi. Back in May 2015, the online lender said it would probably go public within 12 months. Later that year, SoFi raised $1 billion in a deal led by SoftBank. Today there's no sign SoFi has any plans to pull the trigger on an IPO, despite an improving market for initial public offerings.

"As the exit gets prolonged, the likelihood that early investors get diluted or boxed out goes up,'' says Semil Shah, a general partner at the early stage investment firm Haystack.  "And so a lot of investors, even some very good institutional investors, may not be able to protect their positions."

A spokesman for SoftBank's Vision Fund declined to comment on the fund's strategy.

Already founders approached by SoftBank are caught between the desire to take the money and concern about handing over too much control of their company, according to an investor. One startup targeted by SoftBank has tried to negotiate for less money, this person says. SoftBank won't budge; it's a big check or nothing. SoFi originally asked for less money, too, according to another investor. Pushing startups to take more cash than they ask for has been Son's strategy since the beginning. SoftBank invested more money in Yahoo, Alibaba and Didi than what the entrepreneurs had initially wanted.

Some deem the hand-wringing about SoftBank's impact overly pessimistic. In some cases, the funding from sources like SoftBank will give startups the lifeline they need to create a grander vision from an otherwise promising idea. In others, it will give founders, employees and venture backers a chance to sell holdings, creating exit opportunities for stakeholders who may not otherwise have a chance to unlock value. One VC says much depends on how quickly the Vision Fund is invested. If the company and its partners invest the $100 billion over five years, it will essentially replace what the hedge funds and private equity firms were spending before. This person also says Son could choose to buy a big public company, leaving less money to invest in private startups.

The VC acknowledges that taking SoftBank's money would dilute founders' stakes and ratchet up pressure on them to pull off a big exit, but he says they would also stand to benefit from Son's global connections and star power — advantages few venture firms can match.