When Nasa tried to launch a satellite into orbit, the rocket crumpled into smoke and fire. Almost 60 years later, SpaceX is feeling similarly explosive growing pain 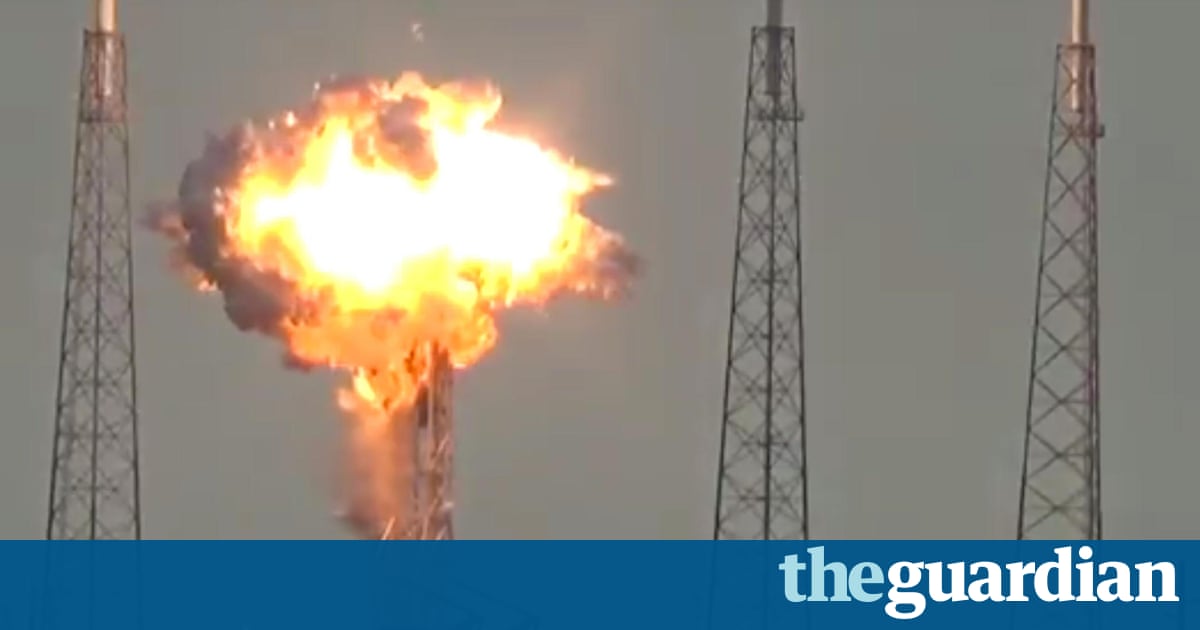 The first time Nasa tried to launch a satellite into orbit, in December 1957, the rocket made it 4ft off the ground before crumpling into a blossom of smoke and fire. Americas ambitions to catch up to Russias success with Sputnik would have to wait.

Almost 60 years later, private spaceflight company SpaceX is feeling similarly explosive growing pains. From the same launch center at Cape Canaveral, Florida, a reusable Falcon 9 rocket exploded on the launch pad on Thursday morning in a blast that could be felt miles away and that destroyed a satellite meant to expand internet access.

The companys founder and CEO, tech billionaire Elon Musk, has said that the rocket exploded during propellant fill operation and that the blast originated around upper stage [of the] oxygen tank.

Musk has stayed stoical about the companys accidents, and SpaceX itself only gave an engineers euphemism for the explosion in its first statement, describing the blast as an anomaly on the pad.

The history of spaceflight is littered with explosions, accidents and disasters: SpaceX has had its share but has avoided tragedy or injury. Nasa has contracted the company to help take supplies to the International Space Station, and together the organizations hope to bring manned launches back to American launch pads in 2017. SpaceXs year of success and failure has cast that schedule into doubt.

SpaceX has had more success than failure in the 14 years since it was founded, when Musk set out with about 30 employees to revolutionize spaceflight with reusable rockets the kind that can save small fortunes in fuel and technology with every landing.

In December 2010, SpaceX became the first private company to send a spacecraft into low-Earth orbit and back, and a year and a half later it became the first to dock at the International Space Station. That same year it first resupplied the station, and by 2014 it won a $2.6bn Nasa contract alongside Boeing to take US astronauts into space.

On 21 December 2015, the company managed its first landing of a reusable rocket just under a month after a rival spaceflight company, headed by Amazon billionaire Jeff Bezos, achieved a similar landing with a smaller vehicle. Then on 8 April 2016, after four failures during the past year, the company landed a reusable rocket on a drone ship floating in the Atlantic ocean, the first ever landing at sea.

In the next eight months the company repeated the feat six times in all, four at sea and twice on land. Since 2012 it has had 18 successful payload deliveries.

Marc Andreessen joins board of Dialpad, the desk phone killer