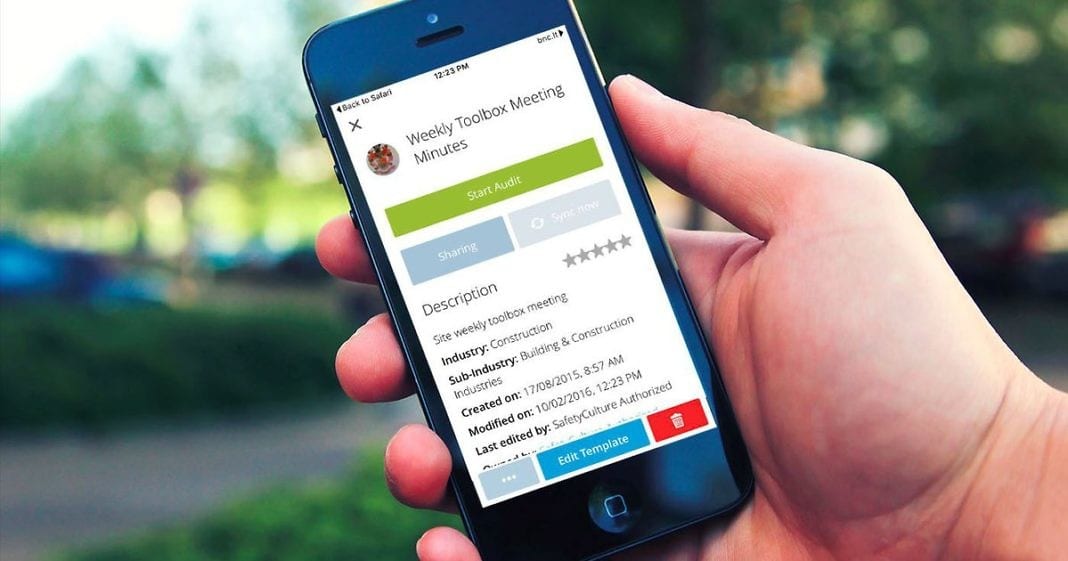 Luke Anear has gone from spying on people who had been injured at work to trying to prevent the accident in the first place.

The founder of Australian startup SafetyCulture, Anear told Mashable he realised he had been part of the problem in his previous role, where he often checked up on worker compensation claims. “We would go investigate what went wrong after the fact. I wanted to be part of the solution and help people avoid incidents,” he said.

SEE ALSO: Millennials still want their own startups, but they can’t afford them

The company’s iAuditor mobile app has clients across Australia, the U.S. and other countries, including Siemens Health and the supermarket chain Coles. It helps businesses make compliance checklists and analyse the results of on-site inspections all through its safety audit mobile app.

Anear said the product spread through word of mouth, especially given it can be adapted to each workplace.

“Once the smartphone penetrated into the hands of the everyday worker, they were then able to download an app without an IT team or procurement budget and build a digital workflow,” he said. “We provide a platform that is like a blank canvas, and people can then create whatever checklists they need.”

The startup currently has 75 staff across offices in the U.S., UK and Australia, but Anear suggested the number would likely double over the next 12 months.

According to Anear, SafetyCulture had a tough choice to make when approached by overseas investors.

“We had to make the decision: Do we just try and get it to profitability and try to build the company off its own revenue, or do we take a large funding round and accelerate it?” he said.

They decided to take the cash and grow the team.

Although the company has never been profitable, he suggested SafetyCulture interested U.S. investors thanks to the global-first attitude and fiscal discipline Australian startups are often known for.

“Typically, [Australian startups] haven’t had much venture capital available to us in the past, so we tend to be quite disciplined … and cost effective,” he said.

“Normally, an Australian company would have to go to the Valley and try to pitch,” he added. “The U.S. market is very competitive and the venture capitalists are travelling further.”

Anear said the team were approached by a variety of U.S. investors, including Bessemer Venture Partners, before choosing Index Ventures to lead the Series B. “We wanted an investor that understood the nuances of mobile experiences,” he said. “That narrowed down the field quite a bit.”

Bessemer Venture Partners and Index Ventures have been approached by Mashable for comment.

Anear laughed off the question of whether he would sell the company anytime soon: “I don’t know what else I would do.” Still, he acknowledged SafetyCulture has a growing field of competitors, including the classic young guns “operating out of their garages.”

“We’ve seen probably double the competitors in the past year, and that will continue to grow,” he said.

Ultimately, Anear suggested SafetyCulture will live or die by the quality of its mobile-first user experience.

“Our customers are not tech savvy they are tradespeople and labourers,” he explained. “To get the user experience spot on is key.”

Attack of the Chinese Tesla Clones

Billionaires make it rain on Plenty, the indoor farming startup