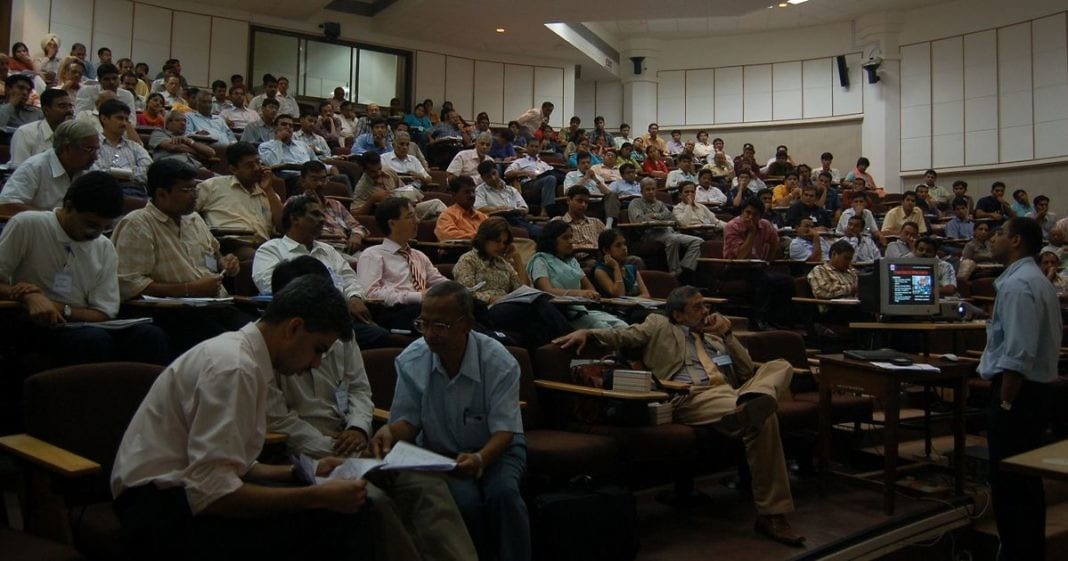 Some of India’s most talented young students are now being kept at arm’s length from the country’s startup scene after dozens saw job offers pulled with little or no notice.

Indias most elite universities have banded together to blacklist 30 startups from recruiting on campus after several students reported that job offers had been unfairly delayed or withdrawn.The move comes as India’s startup scene sputters due to a funding crunch that has forced young companies to scale back operations.

The Indian Institutes of Technology (IIT), Indias most prestigious universities, demand exceptionally high entrance exam results and have produced some of Indias pioneering scientists, engineers and entrepreneurs. A spokesperson from the All-IIT placement committee told Mashable that around 150 students had been affected by the startups indecision.

Theyre playing with our students lives. If you tell someone, ‘turn up to our office in Bangalore on this date,’ and then, on the day that person turns up, you say, ‘come back in six months,’ thats not OK,” the spokesperson said. “And this is the cream of the nation. If theyre behaving like this with IIT students, how will they behave with others?”

Startups such as Portea Medical, Hopscotch, and Grofers were among those blacklisted.

Vishal Gupta, a recent graduate from BITS Pilani Goa was one of those whose offer was delayed and later withdrawn.

I was placed at this startup called Runnr. I thought I would start around July, which is the normal start date for these placements. In May they told me I would start in December. In August, I got a call saying our situation is not stable, we cant take you on board, so start looking for other jobs.

Normally, the placements season is in January and is over by May. After that its very difficult to get a placement, or talk to our placement managers. So it made me very angry. They were pretty casual about it, they didn’t even show any responsibility. Looking for a new job is a lot of mental stress. They didnt pay a compensation,” Gupta said.

The IIT spokesperson added that the ban was not meant to penalize the startups as much as it was meant to protect the students.

“So many students have spent months waiting only to find they dont have a job at the end,” the spokesperson said. “And these are good students, great students. We wanted to protect our students careers.

The sudden increase in withdrawn or delayed job offers can be attributed to a nationwide slump in startup funding, according to Vikas Kothari, a tech analyst at venture capital first Lightbox.

In 2014, everyone thought India would grow like China had, and nobody wanted to miss out, he said. Around six months ago, there was a realization in the markets that the Indian market was growing much slower. The reason is that most Indians cannot afford these new products and services. When China took off, their average GDP per capita was around $4000, Indias was around $1800.”

Data from CB Insights shows that investment in venture capital-backed companies grew rapidly in 2014 and 2015 and then declined even faster.

Mashable asked blacklisted startups why they had withdrawn offers. A spokesperson from Portea Medical said: We made nine offers at the IITs last year and went ahead with four. We informed the rest of the candidates four months ahead of the planned joining date. We made three acquisitions from the time we made the offers, and so our plans and needs changed.”

I think its a good thing that they are blacklisting companies. There is no legal liability if they dont hire students theyve selected. This is the only way theyre going to fulfill their commitments,” Bhave said.

“For the students, theres a missed opportunity cost. Once you get a placement, you stop looking at other companies, he added.

Kothari said that blacklisting will not affect startups in India significantly.

When the funds are low, they kind of have to redraw their plan. They have to make decisions based on what would give them the highest chance for survival. Saying that, they could have definitely handled the situation better, he said.

Microsoft introduces a pair of new enterprise apps for HoloLens

Aiden closes $750,000 seed round in its quest to amplify marketers