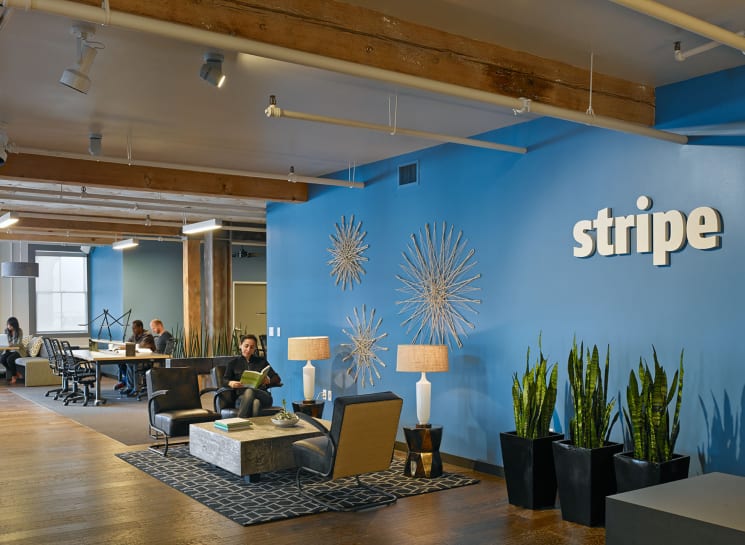 Payments startup Stripe has changed the landscape for how businesses can collect funds online by using a few lines of code, and today the company is announcing that it’s picked up more funding of its own. Stripe has raised $245 million, valuing the company at $20 billion.

This is a big jump on its previous round, two years ago, that valued it at $9 billion.

The company says it plans to use the funding to hire more people for what it describes as its “distributed global engineering team.” It now has hubs in San Francisco, Seattle and Dublin (its co-founders, John and Patrick Collison, hail from Ireland), and it’s also going to launch a new hub in Singapore.

Engineering has been at the heart of the company’s growth from the start, up to now. Recall the famous essay by Paul Graham about Stripe that served as a mantra of sorts for how startups should grow. Fast forward to today, and Stripe boasts that “all told, the company deployed more than 3,200 new versions of its core API over the past year.”

The funding underscores the continuing strong climate for raising money from private backers at increasingly staggering valuations. VCs and private equity firms have raised billions, and they are looking for fast-growing, promising startups where they can invest that money. A number of startups are foregoing, or delaying, going public in favor of staying private for longer, financed by them.

“We have no plans to go public,” said John Collison in an interview. “We’re fortunate to be in the position that the Stripe business is performing very well and the long-term opportunity is that we’re very optimistic to providing the richer stack to businesses. Strong businesses do not always tend to be dependent on outside funding.”

(Not all are following this route: a key competitor of Stripe’s, Adyen, had a very strong IPO debut earlier this year.)

Stripe itself is a prime target for VCs looking to park their money in fast-growing, outsized startups. The company says it now has “millions” of customers, including Google, Didi, Mindbody, Spotify and Uber. It is live in 130 markets for acceptance and 25 countries for originating the charges.

Carving a place out for itself as a faster, easier way to integrate payments infrastructure into websites and apps, by way of a few lines of code, Stripe’s pitch is that it replaces the more laborious, and often more expensive route, of working with banks and other payment providers in a complicated chain of players that includes gateway providers, credit card processors, merchant acquirers, specialized payment methods, wallets and more.

And although Amazon is one of the world’s biggest companies, and most retailers have a digital presence, e-commerce is still a relatively nascent area, with only about three percent of all transactions occurring online at a global average. That means a big opportunity for companies like Stripe, but also competitors like Adyen, PayPal and others.

“We believe in the contingency of progress,” said Stripe CEO and co-founder Patrick Collison, in a statement. “Better global payments infrastructure will increase economic output, encourage entrepreneurship and help upstarts compete with incumbents. By bringing Stripe into more markets and building out our capabilities for companies of all sizes, we hope to accelerate innovation around the world.” Stripe estimates there will be $4 trillion in online sales by 2020 globally.

While payments is Stripe’s bread and butter, the company has also been diversifying and now also includes Stripe Issuing, Stripe Terminal, fraud detection and potentially cash advances, among its various offerings. These help the company develop stronger ties with its customers, and also potentially increase its margins.

“No one else is going as deep as us on software and the technology stack as we are,” said co-founder and president John Collison.