As 50,000 people arrive for the Web Summit, Portugal hopes its capital can lead a national resurgence as the latest rival to Silicon Valley 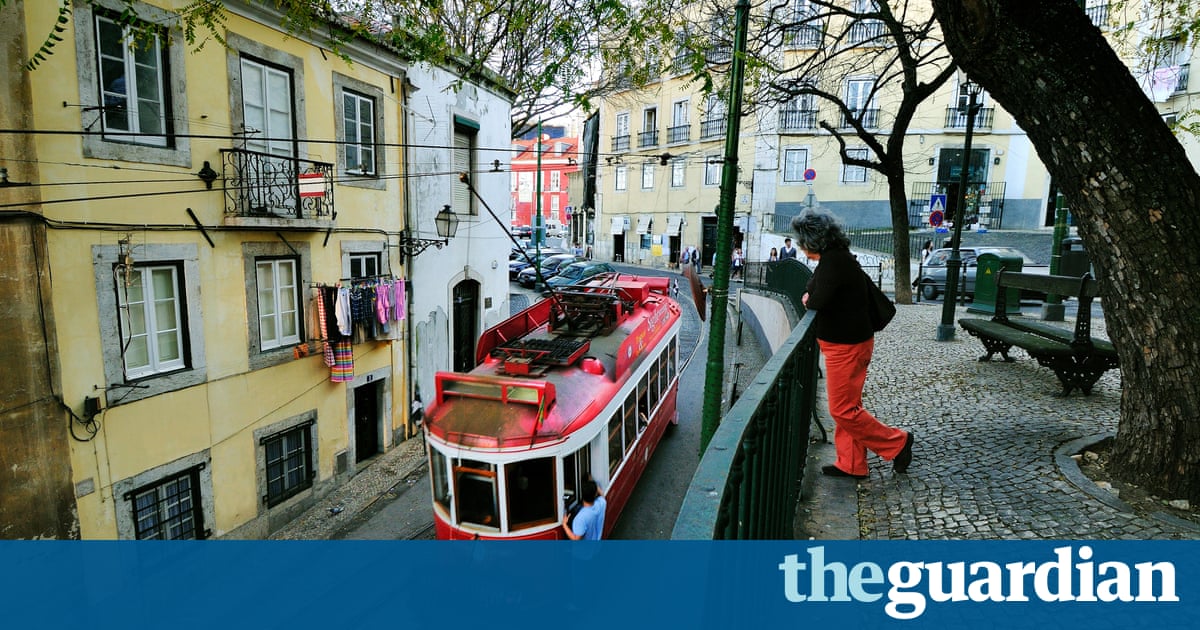 Lisbons 25 April bridge, a naggingly familiar span of red metal suspended between the Tagus and a bright blue October sky, has long borne a symbolic weight to rival the tonnage of cars and trains that passes over it every day.

When it was completed, 50 years ago, the bridge was named after Portugals dictator, Antnio de Oliveira Salazar. In 1974, four years after his death, it was rebaptised to commemorate the day on which the Carnation revolution erupted to unshackle the country from almost half a century of authoritarian rule.

Today the Ponte 25 de Abril, with its useful and more than passing resemblance to the Golden Gate bridge, is being invoked to represent yet another shift in the capitals long and turbulent history as it tries to reinvent itself as Europes leading tech hub.

Even if the comparisons with San Francisco are fanciful and, frankly, extend little beyond the fact that each has a red bridge, hills, trams and good surfing Lisbon has moved significantly closer to fulfilling its ambitions by winning the race to host this years Web Summit.

The event, held in Dublin for the past seven years, has been described as Glastonbury for geeks or, to the more serious minded, Davos for geeks. But however gleefully geeky the conference may be, it is also a lucrative and highly influential affair.

The Lisbon conference will see up to 50,000 people descending on the city to meet, network and listen to speakers ranging from the founder of Tinder to the director general of the World Trade Organisation, and from the technology chief of Facebook to the footballer-cum-investor Ronaldinho.

Web Summit 2016, which runs from 7-10 November, is estimated to be worth 200m (180m) to Lisbons economy. Equally, if not more, valuable is the boost it will give the citys reputation.

Cheap rents, a thriving cultural scene, ludicrous levels of sunshine and a high quality of life may have drawn young talent from all over the world over the past few years, but the country is still overshadowed by the 2007-2009 financial crisis and recent political upheaval, and economic growth has been slower than expected.

Little wonder, then, that the government is not averse to the San Francisco comparisons. Manuel Caldeira Cabral, Portugals economy minister, spent Wednesday afternoon listening to the concerns of dozens of young startups at an event in the Electricity Museum, which overlooks the Ponte 25 de Abril. He smiles at the parallels.

I think California is sunny and it has a bridge just like ours, he said. The idea we want to promote is that we also have an economy based on knowledge and an entrepreneurial community that is growing.

While the government is building financial instruments to boost the startup scene and attracting companies from the UK, US, Netherlands and Germany, said Caldeira Cabral, Lisbon was playing a key role in the countrys economic regeneration.

Were attracting them for a lot of reasons: because we have a financing system, a very competitive fiscal setting for startups; but also because of the lifestyle and quality of life that entrepreneurs find here.

Like many of her compatriots, Ridhi Kantelal, a 26-year-old entrepreneur, had left Portugal to study and work abroad. But a visit to a hardware hackathon in her home town persuaded her to leave her job as a strategy consultant in London and return home and build Noxidity, a startup that uses smart sensors to predict the corrosion of industrial machinery.

I realised how much great tech talent there is, she said. Normally in London at a hackathon, out of 50 people, youd get 10 developers and the rest would be business people. Here, out of those 50, only two would be from a business background and one of them would have an engineering background. Everyone else would be an engineer.

She says Lisbons appeal extends beyond its human capital. Everyone speaks English, theres great tech talent, and the cost of living is so much cheaper than London. On what I was paying for rent in London, I can live here and afford one or two trips to London every month. The weather is nice, the food is nice and the people are nice.

But it is not only returning exiles who are being drawn to Lisbon. Former Downing Street adviser and tech entrepreneur Rohan Silva, who now runs the creative space and cultural venue Second Home, has succumbed to Lisbons charms so entirely that he is opening a Lisbon branch in December.

The epiphany came, as such things often do, at 4am after a long nights drinking last summer. It was just a very human response of, Wow! This place is really cool. You can stay out all night and drink without any hassle. The creative scene is just great.

What it really reminded me of, without sounding very old, was 2010 when I started the Tech City initiative for the same reason. There was this little scene emerging and it just felt incredibly vibrant and really interesting, and that something big could happen.

He takes issue with the San Francisco comparisons, which he dismisses as rubbish and a little myopic. Lisbon is way, way more interesting than San Francisco because its not a one-industry town. I think the parallel is much more LA, actually, in terms of lifestyle and vibe.

To underline the point, Silva says that members of Second Home in Lisbon will enjoy the services of a beaten-up old VW camper van that will whisk them from their offices to their surfboards. You can get up from your desk at lunchtime and be at the beach in 15 minutes and thats much more LA than slightly nerdy San Francisco.

He contrasts Lisbons creative and technological ascendancy with London, where young people are thwarted by the high cost of living, the lack of housing and the erosion of the citys nightlife. Its very, very hard to be a 23-year-old graphic designer or a 25-year-old coder and live in the kind of places where people want to live in London. Weve made that much too difficult and also with music venues and clubs closing in London, it is, in various ways, at risk of being less fun.

Joo Vasconcelos, Portugals industry secretary and a former executive director of incubator Startup Lisboa, is also sceptical about glib labels. Everyone is trying to define whats happening in Lisbon right now. For some its Berlin with sun; for others its the new Silicon Valley. Its none of those: this is Portugal and this is Lisbon.

For him, the citys resurgence is part of a long tradition of building international ties, a tradition interrupted by dictatorship, revolution and, more recently, by economic crisis.

We have a 500-year history of dealing with different cultures and different people: youll find Portuguese-speaking countries on all continents and Portuguese citizens living on all continents, he said. Its something weve been doing and doing well since the 16th century. And were doing it again with startups and entrepreneurship.

Many of the startup people who gathered on Wednesday to talk to the government welcome its efforts to build the tech economy but feel more could be done. Joana Rafael of Sensei, an analytics startup, says Portugals archaic and bureaucratic labour legislation needs to be overhauled, and tax breaks offered to entrepreneurs.

As a startup, it would be good to get benefits when you hire highly qualified human resources in terms of social security and salary taxation, she said. We are investing in creating a product that has no revenue for the first stages of its development, so that would be an awesome support instead of just relying on public funding.

Francisco Mendes, who was unemployed during the economic crisis, is now the co-founder of Beeverycreative, which makes small, low-price desktop 3D printers. He is cautiously optimistic that, with the right support, Lisbon and Portugal could be on the verge of a profound transformation.

We are quite small but theres energy and new thinking and new technology here and its really happening, he said.We are not Silicon Valley in size, but maybe in dynamism were like it was 20 or 30 years ago.

For now, Lisbons hilly, cobbled streets retain their shabby charm and the paint is still peeling from many of its old and beautiful buildings. But the cranes swinging through the skies above are beacons of change.

Kantelals optimism is tempered by realism, a quiet patriotism, and an eye on the future. I dont think Lisbon will be San Francisco. Its going to have an identity of its own. and hopefully it will never become as expensive as San Francisco.

Mamoon Hamid is heading from Social Capital to Kleiner Perkins