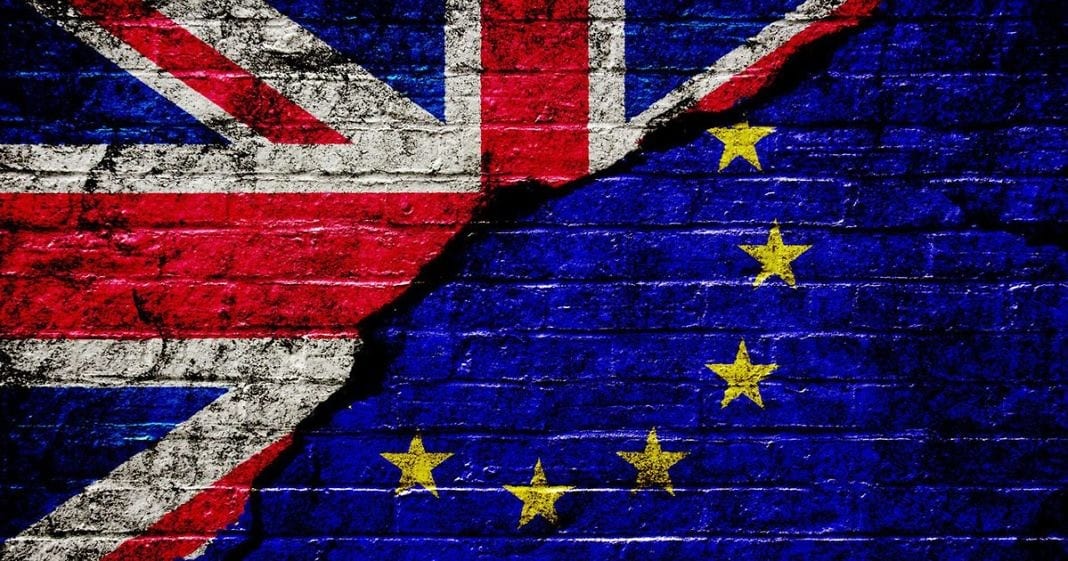 Don’t expect to be buying shares in companies like Uber or Airbnb anytime soon.

Large private tech companies have even less reason to enter the public markets afterBritain’s decision to leave the European Union.The split has already sent global markets into a fresh round of volatility and appears poised to haunt the global economy for months and maybe years to come.

For investors, that means the chances of buying into some of the most important companies of this era just took a major hit.

SEE ALSO: Does Brexit warn of a Trump victory?

The lack of tech initial public offerings (IPOs) has already been a well-documented phenomenon, as companies are finding plenty of money from private equity and even the wealth funds of entire countries that are providing the cash needed to fuel global ambitions.

“The Brexit is going to amplify the existing shift away from immediate IPOs and will reinforce the trend of tech companies raising finance from private sources and continuing to scale up through raising funds from private sources,” said Olivier Wolf, telecom, media and technology transactions leader at Ernst & Young in the UK.

Going public is a natural part of a company’s evolution. A successful company usually raises a few rounds of funding before issuing an IPO, in which the company sells stock in a public market for the first time. This also allows previous investors as well as employees with stock options to realize gains in their investments.

Now, the combination of an unstable market with a less-than-rosy economic outlook could keep these companies private for even longer.

“I think if the markets are a determining factor for IPOs, given the ways that the markets have responded in the last three days, it’s hard to envision it being an impetus for more IPOs,” saidJohn Rosenberg, head of Technology Crossover Ventures’ London office.

Brexit has already hit one major IPO that had been scheduled. Japanese messaging app Line is going public soon, but pushed back the date for pricing its offering to Tuesday in hopes that investors’ nerves with have calmed a bit.

Most companies like to stay mum on their IPO plans, but some have come out publicly to say that Brexit has caused them to shift course. It’s a change that could cost British bankers15 billion ($19.9 billion) in just fees from IPOs.

Telefonica shelving the sale, or IPO, of O2 is surely the biggest publicly disclosed example yet of the impact of Brexit on a company.

It’s not all bad news. Communications software company Twilio went public just days before the Brexit vote, making it one of the few tech IPOs of the year. Its shares have weathered the post-Brexit storm, up 32% from its initial price as of Thursday afternoon.

The global markets are also a bit more optimistic than they were just days ago. After an initial decline around the world, stock prices have recovered in almost every major market. That’s a positive sign that the Brexit may not be the economic disaster that some had initially expected.

That doesn’t mean there aren’t some tough times ahead. Economists have been almost uniform in their predictions that Brexit will be a drag on global growth, with the UK set to take the brunt of the slowdown.

Modern companies that have achieved unicorn status often do so by expanding globally. The EU is the world’s biggest market, by some measures, and usually factors heavily into the roadmaps of major companies.

After Brexit, those projections will probably have to be reined in. Most companies, said Sumant Mandal,managing director at venture capital firm March Capital Partners, do at least part of their business in the EU.

“I think most companies have exposure to Europe unless you’re like a fast food chain in the U.S.,” Mandal said.

The lack of clarity about what’s happening at the top of Britain’s government combined with the instability of the British pound and the euro, which have both plummeted in value compared to the U.S. dollar, mean that it’s almost impossible to tell in the short term how much those markets could be worth to these companies now and in the future.

The process to leave the EU is also set to take at least two yearsonce it’s under way.

“We may not know that for the next few months, maybe a few years,” Mandal said.

The political instability in Britain’s leadership is just the start. The country will now need to spend quite a while figuring out its new relationship with the EU on just about every front.

Aaron Levie, co-founder and CEO of cloud company Box, said that this amounts to a metaphorical tax on tech companies looking to do business in Britain or the EU.

“I think it’s going to mean more fragmentation of more European data privacy laws and requirements. I think there’s going to be more political fracturing of technology policy in Europe. I think all of those things do entrepreneurs a disservice whether you’re in Europe or around the world,” he said.

Levie noted, however, that Brexit is not the first bad news in recent memory that has caused global insecurity. He pointed to stock market concerns in China and the Greek financial crisis as similar examples that posed challenges for companies that are trying to plan for the future.

Uber and Airbnb should be able to use their massive cash piles to wait out the turbulence for better days, but a lot of other companies that haven’t raised billions upon billions of dollars are going to have to learn to deal.

“That’s just going to be the new normal,” Levie said. “That’s just what you sign up for when doing global business today.”

For now, private companies might stand to benefit a bit compared to their public peers. Instability in the markets combined with a fear of Europe’s future could mean even more money looking to invest in private companies with a bright future.

But there’s also a dark side to that scenario. If things get bad enough, investors could even see these companies as too risky. There’s some concern that other countries may also leave the EU.

Evan Rudowski, founder of Atlantic Leap, which helps U.S. companies expand into the UK, said that if the EU continues to deteriorate, investment could slow. That’s a problem for companies that have been heavily reliant on a consistent flow of billions of dollars to finance aggressive growth strategies.

“Even raising money on the private markets is going to be a bit more difficult, which somewhat calls into question the benefit of staying private,” Rudowski said. “If the private markets dry up… that creates a challenge to the Ubers and the Airbnbs.”

He noted that these companies may still stay private, but that this would not prevent them from feeling the brunt of the Brexit.

“You might see down rounds, decreases in valuations and possibly the need to tighten the belt a bit in terms of spending,” Rudowski said. “It could be a spiral effect if all of these thing come together in a certain way.”

Fundbox Wants to Be PayPal for Small Businesses