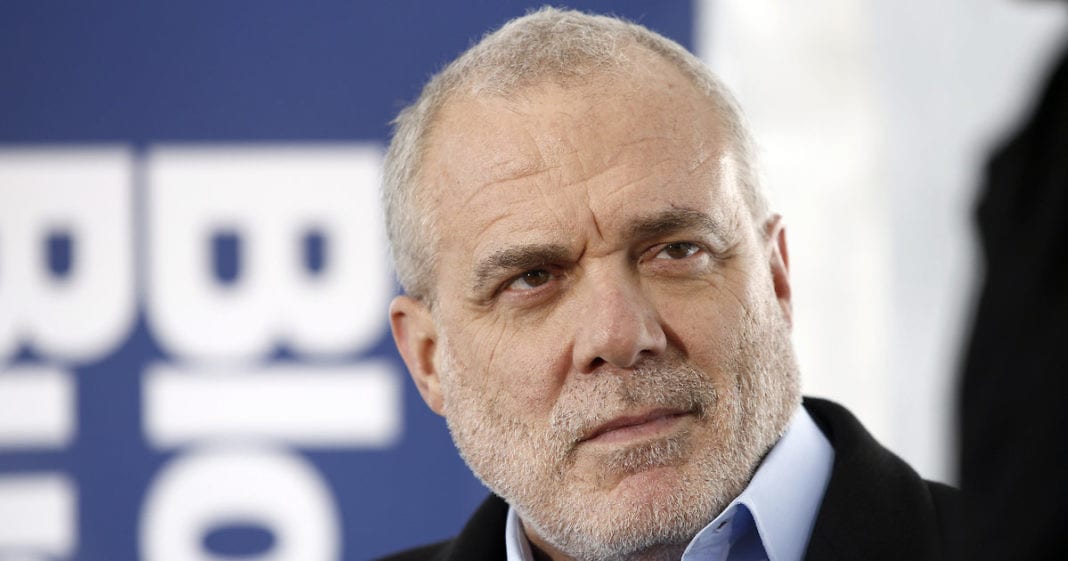 Before Mark Bertolini became the chief executive of the country’s biggest health insurer, before he was celebrated by business publications for being an “unconventional boss” who is “mindful of morality,” before he overhauled his company to prioritize the wellness of his workers, he was a father watching his teenage son die.

It was 2001, and Bertolini’s son Eric, who was then 16, was diagnosed with a rare type of cancer. Bertolini, now the chief executive of Aetna, quit his job at insurance rival Cigna and moved into his son’s hospital room in Boston to help manage his care.

Eric made a full recovery two years later, but was struck by complications and needed a kidney transplant.

Once again, Bertolini stepped in, donating one of his kidneys to his son.

Those experiences, coupled with a severe skiing accident he suffered in 2004, completely changed the way that Bertolini saw health and, by extension, health care.

“What I found very quickly in both his circumstance and mine was getting our lives back, becoming engaged and productive members of society, was something that the health care system cared very little about,” Bertolini says in the sixth episode of “Pioneers,” a new video series by The Huffington Post that profiles leaders in various industries who have redefined success by making it their mission to live more meaningful and less stressful lives.

Facing long-term disability and chronic pain after colliding with a tree, Bertolini turned to yoga and meditation. A recent study by Wake Forest Baptist Medical Center found that participants who practiced mindfulness meditation experienced greater pain relief than those who received a placebo. Regular meditation and healthy amounts of sleep essentially work to drain out toxins — such as molecules associated with the degeneration of brain cells — that build up during waking hours.

“I still have my pain, but as we say in the meditative arena, in the mindfulness arena: ‘I have pain, I’m aware of my pain, I am not my pain,'” Bertolini says. “I had to learn how to be more ‘Zen’ in the way I approached my daily life, and meditation was a way to learn how to do that.”

That approach bled over into his work life, too. Under Bertolini’s leadership, Aetna helped spearhead the movement in corporate culture to focus more on employee health — as both a means of improving people’s lives and a way of reducing health care costs. And perhaps most importantly, he addressed one of the biggest sources of stress for his workers: money.

Last year, Bertolini raised the minimum hourly base pay for all U.S. workers at Aetna to $16 after reading Capital in the Twenty-First Century, a best-selling 700-page book on income inequality by the French economist Thomas Piketty.

“If people are too busy looking for food, if they’re too busy stressing about whether or not they have enough money to pay for their health care, how can they possibly sleep?” Bertolini says.

Still, for wealthy executives, money shouldn’t be everything in business, he says.

“We view stock price and compensation as ways of measuring the success of an organization, and I think, because of that, we have a very short-term view of how capitalism works,” he says. “At Aetna, we actually say: ‘You know what, we’re here for the long run. Here are the fundamentals we’re investing in, like we did with our employees.'”

Once You Learn These Tricks, No One Will Ever Be Able To Lie To...

Here’s why you should attend the Disrupt London Hackathon, more tickets now available