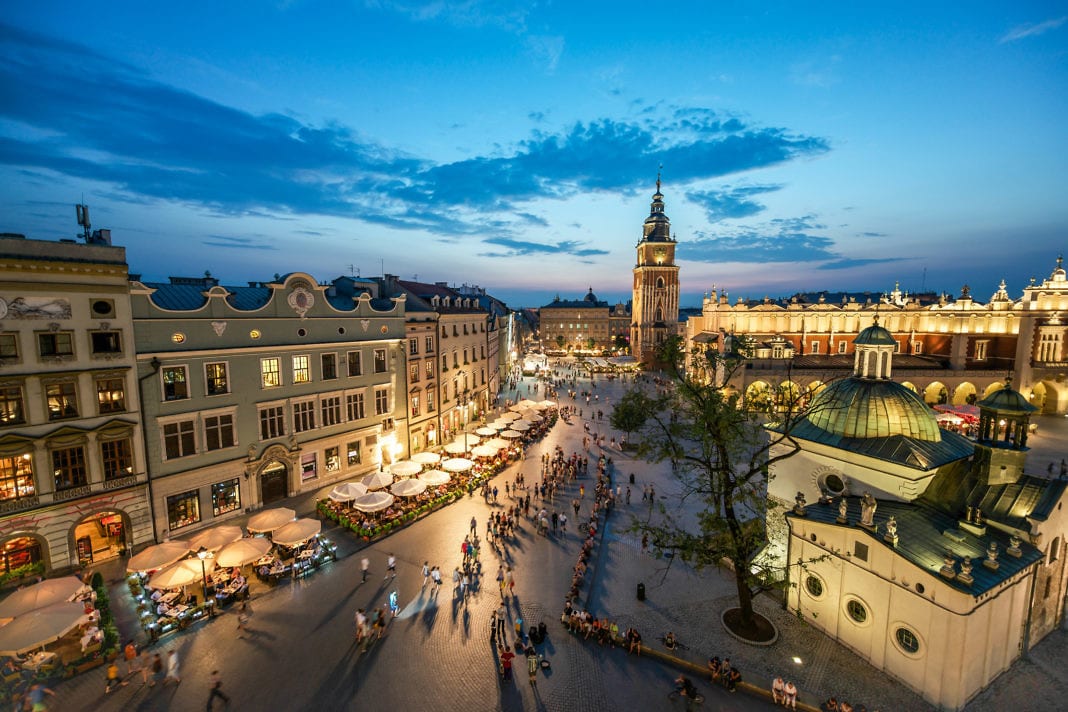 Poland has worked diligently over the past decade to become an entrepreneurial powerhouse. Once home to businesses focused primarily on app design and outsourcing, social, societal, and economic pressures forced the countrys brightest to start building for themselves. And they did.

Ive covered Polish startups for almost a decade, first on TechCrunch and then on a new blog I helped create, ImpactCEE. It was my mission as it was Polands to show the world that this central European country was a liberal, open, and capable society able to produce some of the best software in the world. Ive seen the ecosystem grow from a small, suspicious group of former cubicle warriors into a vibrant and exciting scene with multiple accelerators and funds vying for startups. Even the problem of capital seemed to be solved with the creation of a 630 million fund aimed directly at growth and innovation inside the country.

Now that growth is in danger of being destroyed.

I’d been optimistic about Poland as a home for startups, but this is a bad sign: https://t.co/PnDQkgWWyT

I saw the first inklings of a trouble when, at an event dinner in Krakow, a government official stood up and said, in translation, that he invited foreign startup experts to the country but warned, ominously, that he wanted to take their best ideas and innovate past them. This nationalist gumbo, while popular with the countrys aging post-Communist population, does nothing for the young entrepreneur who has to decide whether to stay in Warsaw, Wroclaw, or Krakow or simply leave to work for a tech giant in a more stable country.

Now the Polish government is working diligently to secure power for the Prawo i Sprawiedliwo party, an increasingly nationalist and religiously-minded political group that appeals to the Poles born during Communism and who remember the good old days of food shortages, rationing, and martial law. This party is anathema to the entrepreneurial class. Now the party essentially wants to reform the judicial branch in favor of PiS in order to ensure complete control of the federal government.

The Polish government has continued to pursue legislation that appears to undermine judicial independence and weaken the rule of law in Poland, wrote a US State Department representative. We urge all sides to ensure that any judicial reform does not violate Polands constitution or international legal obligations and respects the principles of judicial independence and separation of powers.

Poland was a beacon that arose from the ashes of World War II and into the chill of the Cold War. It survived pogroms, strikes, third-world status, and, finally, bolted out, panting, into the 21st century. It survived and thrived. All that could change overnight.

If PiS does not stop its efforts to pull Poland backwards it will become a visible example of another failed state torn down by fear, anger, and nationalism.

I reprint below a letter from a number of major figures in the Polish entrepreneurial scene who are, without a doubt, the future of this country. These are her best and brightest and if they see that their homeland is falling backwards they will give up, erasing a decade of amazing growth. There is no hope without forward motion and there is no change without freedom. Without the support of the innovative class, Poland will fall back into ruin and rubble.

President of the Republic of Poland

As entrepreneurs, but first an foremost as citizens of the Republic of Poland we are concerned about the changes to the laws on the National Council of Judiciary and the Supreme Court included in the bills on the Amendment of the Law on The National Council of the Judiciary and other bills, the MP draft law on the Supreme Court and the amendments to the law of the system of general courts and some other legal acts.

At the root of Polish innovator community both start-ups and mature companies there is conscious engagement in social and civic life. What connects us is the pride in our country, which just like a start-up built a democratic system from scratch and secured the economic freedoms with a system of independent courts.

We participate in the global competition of talent and we want Poland to be the first choice for business people wishing to build innovative companies. The sine qua non condition for the development of innovative companies and the success of the Strategy for Responsible Development are predictability of the legal system and the guarantee of judicial independence.

Entrepreneurs base their decisions regarding their operation in Poland on the guarantee of stable and consistent rules, also in matters of dispute with the government administration. Global entrepreneurs, including many from Poland, choose only the jurisdictions where the legal system is stable and not subject to dramatic, unexpected changes especially changes to the political system protecting the economic freedom and property, including intellectual property.

The separation of powers is fundamental to such a system and maintaining it is for us the guarantee of life in a free and safe country. It is in such a country that we want to realize our dreams of running our own companies, freely competing on the global markets with other democratic countries.

We respect the diversity of political opinion in our society and we stay independent since the innovations we create are meant for the largest possible pool of recipients and transform the economy on international scale. We suffer acute consequences of the international reception of the way the new laws are being introduced and a potential effect of the implementation of new rules will destroy the trust we have built until now.

We trust that while seeing the necessity to modernize the court system in Poland you will also protect the democratic separation of powers, which makes it possible to create long-term development strategies for our country.

We want to believe that you make good use of your Presidential prerogative to stop the changes destroying the separation of powers in Poland.

On behalf of entrepreneurs and the leaders of Polish start-up community:

The trick to having it all: asking for help … and hiring a butler