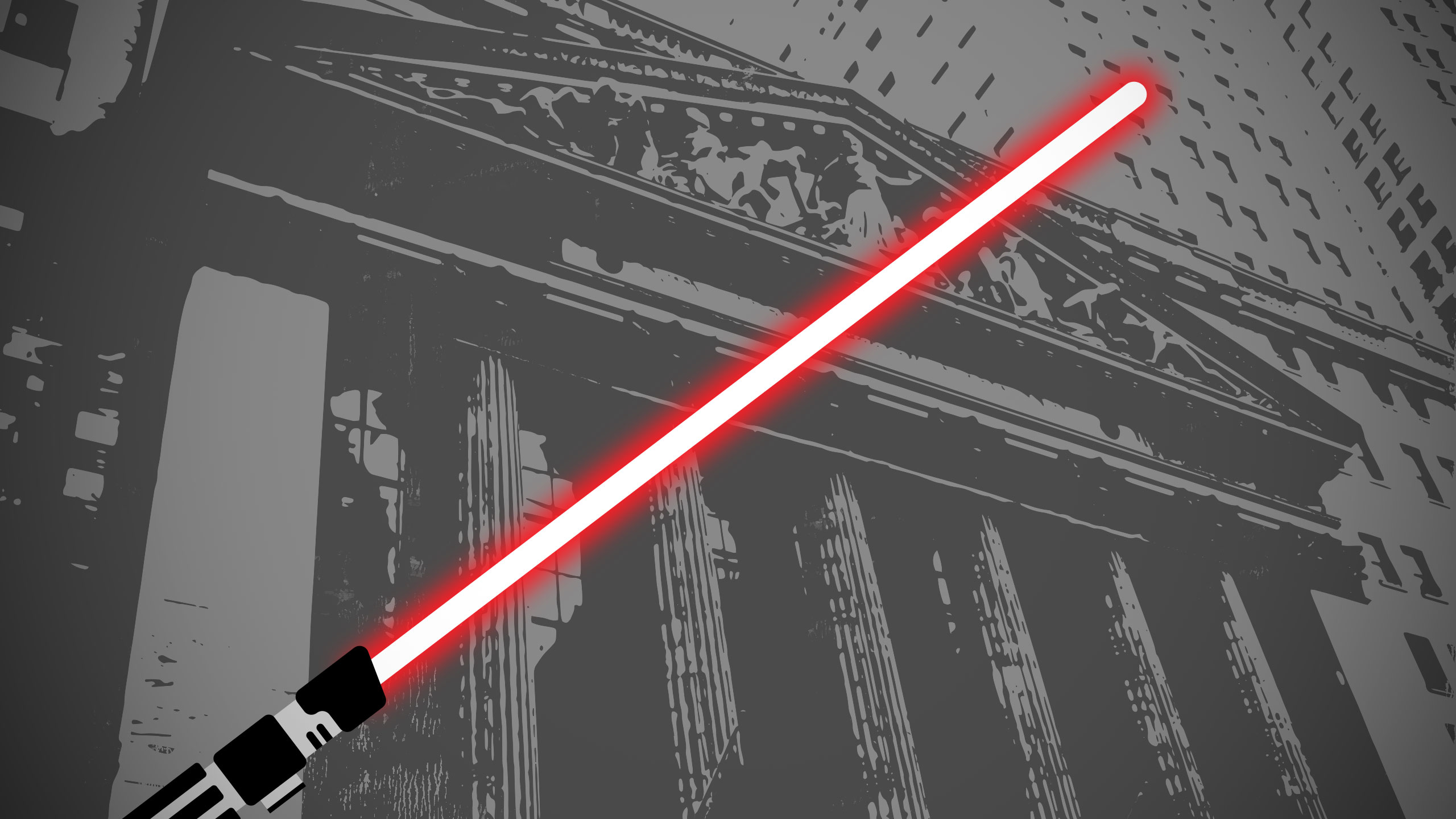 You might have missed it amidst Snaps noisy consumer debut, but enterprise-facing IPOs put points on the board during the first quarter of 2017, even more than their consumer-focused siblings. In fact, the group may be set to dominate the years offerings.

For startups working to sell to large corporations, their investors and their tens of thousands of employees, its welcome news.

A confluence of factors may make 2017 fertile ground for tech offerings. The stock market is at record highs, last years IPO crop, such as it was, is outperforming the preceding group, 2017s own brace of offerings are doing well in the market and unicorns have had even more time to incubate than before.

To understand the potential scale of 2017 enterprise offerings, lets take a quick look back in time. Then well try to suss out what the market has told us so far regarding value, pricing and sentiment.

Last year was no-go for the tech IPO

The slow tech IPO climate over the past few years doesnt mean that there was no market appetite for enterprise-facing companies quite the opposite, in fact. Into the IPO breach stepped companies like IBM, Cisco and Salesforce, along with helpings of private equity interest, creating high levels of acquisition activity in 2016.

Cisco grabbed seven companies in 2016, including a $1.4 billion purchase of Jasper Technologies its highest-profile purchase of the year.

That seems impressive, until you observe what Salesforce was up to in 2016, a year that saw it buy an even 10 companies (along with one in December 2015 and another in January 2017). The cloud CRM giant spent $2.8 billion on Demandware, dropped $800 million on Krux and another $750 million on Quip. It was a busy year.

IBM outdid them all by buying a total of 13 companies in 2016. The companys pace was so quick that between January and March of 2016 it acquired an astonishing 9 companies, including dropping $2.6 billion for Truven Health.

Meanwhile, private equity firms love a fertile market, and with so little Wall Street action, firms were more than happy to the fill the void. The year saw many enterprise companies get sucked up by private equity shops, including Thoma Bravo reeling in Qlik for $3 billion, and Vista Equity Partners spending $1.79 billion for Marketo, $1.35 billion for Cvent and $600 million for Ping Identity.

That brings us to 2017, when the M&A column is still interesting, but its enterprise IPOs that are the new, new exit point.

Pressure among unicorns (those companies with a valuation of $1 billion or more) to go public has increased with each passing year that the asset class has held back. Excuses have abounded, including market timing and sentiment, readily available private cash and mutterings about how the market doesnt understand new technology business models, like software as a service (SaaS).

Those excuses have been vaporized by reality. Market timing and sentiment arguments have been rebutted by indices at record highs, not to mention recently successful IPOs. The private cash argument that there is always more available! was never a permanent retort given the need for eventual liquidity. And the business model point has been eliminated by Salesforces $10 billion run rate and Boxs recent rally.

Now that the election is in the rear view, and early-2017 IPOs have shown promise, it looks like it could finally be go-time for enterprise IPOs. And, true to that point, were starting to see some long-awaited public enterprise action.

In fact, Barrett Daniels, CEO of Nextstep, a firm that provides IPO consulting and accounting services, told TechCrunch those companies that waited could be annoyed with themselves right about now.

I suspect many [enterprise tech shops are] kicking themselves for not being ready today as the investment communitys appetite for enterprise tech seems quite healthy at the moment. In their defense, getting IPO-ready is arguably impossible without the pressure of the IPO process and this is especially true if you are loaded up with cash like many of them were, he said.

Lets get this party started

Alteryx and MuleSoft are the first enterprise shops to go out of the IPO gate this year. AppDynamics was set to go first, but Cisco gave it a $3.7 billion offer it couldnt refuse. Up next are Yext and Okta, which have both publicly filed their S-1 paperwork. Cloudera is said to be on the way as well, though it remains close-mouthed about its IPO prospects.

I suspect many [enterprise tech shops are] kicking themselves for not being ready today as the investment communitys appetite for enterprise tech seems quite healthy at the moment.

According to Daniels, the enterprise companies in question have done the necessary work to clean up their P&L statements. [T]he fat and lazy seem to be getting lean and mean very quickly and, as a result, 2017 is setting up for a huge year for enterprise tech IPOs, Daniels explained to TechCrunch. If there are any hiccups in the market, then maybe we are talking about 2018 but there is a herd of enterprise tech unicorns en route that have to go somewhere.

Then theres the tantalizing lure of recurring subscription revenue. If you go back a few years to when Box filed to go public in 2014, there was still some public market trepidation concerning the subscription approach. Today that seems to have faded as both Wall Street and IT in general have warmed up to the cloud and its recurring monetization model.

That means as Wall Street has come to understand that recurring revenue translates into a constant influx of cash, it makes these companies more attractive to the markets. In turn, startups feel more comfortable taking the public market plunge.

The value of revenue

Critical to the argument that we could see a strong run of enterprise IPOs this year is that public markets now value the revenue of such companies more highly than in the past. This is demonstrable in how public SaaS companies have been repriced, as Redpoints Tomasz Tunguz points out.

Put in plain language, the companies already in the public realm which are most similar to the set of enterprise companies that may go public this year have seen the value of their annual recurring revenue (ARR) rise. That means that startups looking to go public can likely charge more for their equity, increasing their valuation. That shift could minimizeor even erase the valuation gap between some private and public valuations.

All that points to the fact that enterprise-facing startups (many of which sell software on a subscription basis) are worth more for every dollar of revenue they generate. If your company is growing, and the value of that growth is rising at the same time, your valuation compounds perhaps even all the way back from your last private valuation and more.

This is likely why we are seeing IPOs debut at higher prices than the same companies last-private valuations, proving that flat might not be the new up after all.

Finally, the public market is finally ready to reward growth, even in the face of persistent losses. Given that enterprise companies in the pre-IPO crop often are quickly growing companies that lose money, its an important sentiment shift.

To underscore the point, lets quickly look at three enterprise-facing companies that either went public this year, or, in the case of Box, helped blaze the trail for the current IPO crop. For each, well take a look at its revenue multiple, the amount of money that investors are willing to pay for its last years revenue (otherwise known as trailing in investor-speak) and its growth rate. Youll see higher growth rates associated with higher revenue multiples, showing that investors are currently willing to pay more for revenue sums that are rapidly expanding:

Enterprise revenue is worth more, and growth is still valued in the face of persistent adjusted and GAAP losses? Sounds like a clarion call for Silicon Valley to take the IPO show to Wall Street.

All of this adds up to a potentially key year for enterprise technology companies on Wall Street.

While its impossible to predict anything in the public financial markets with a high degree of certainty, one thing seems clear: Private enterprise tech companies have held back from going public for some time, but the moment could finally be right for them.

If thats true, and the early action is any indication, this could truly be the year of the enterprise tech IPO.

Alex Wilhelm is the editor-in-chief of CrunchBase News.

This $5 Billion Software Company Has No Sales Staff

Indiegogo is now an e-tailer, too