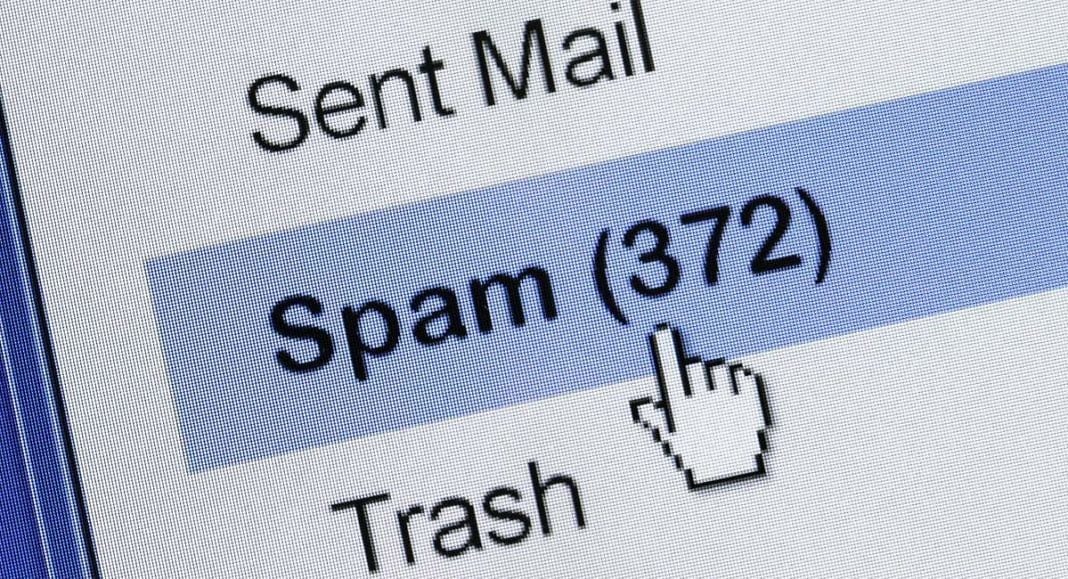 At 1:21 a.m. on Oct. 23, 2015, I received an email that, under normal circumstances, would have landed in my spam folder. Instead, my filters failed and it settled into my inbox.

Before I delete it forever, let’s go through it, line by line.

That’s only the subject heading and already we’re off to a poor start. This person is, presumably, trying to sell their services as someone who can get my nonexistent website better placement in Google search results. If I want a service of any kind, I at least want it from someone who has the wherewithal to capitalize their words in email subject headings.

Your name looks unprofessional and stupid. It is untrustworthy. It left me with a sneaking suspicion that you might have been trying to scam me. To see if my intuition was correct, I Googled you. I Googled “Bob Marry seotech.” A majority of the results on the first several pages ignored the “seotech” and focused solely on your name, which it could find no record of anywhere on the Internet, so Google assumed I meant “Bob Marley”:

More specifically, Google assumed I actually meant to type “Bob Marley quotes.” That’s how unreal you are, Bob. Google heard my query loud and clear and then gave me the results to a completely different search. Google felt bad for presenting me such poor results that it gave me results that sound like a more fun version of what I searched.

Luckily, some good came of the failed search. The results allowed me to do some light reading on Bob Marley’s life. Bob, did you know that Bob Marley was mixed race? I didn’t. Never occurred to me. Growing up, people nicknamed him “White Boy” because his dad was white and he had lighter skin.

I have become spiritually fulfilled because of that fact you inadvertently made me discover. Thank you, Bob.

No, that unusually large blank space above is not an error on my part. That is a screencap of the gigantic blank space situated between Bob Marry’s email address and the body of the email.

Bob, email is not like a book, where there can be three or four useless blank pages at the beginning and end. You could have jumped straight into this message — but no. You let the drama build. People don’t usually take the time to include dramatic tension in business emails. It’s like your email address was the “A long time ago in a galaxy far, far away …” text in a Star Wars movie. That blank space was that moment of anxious calm before …

Man. Now I’m excited. The tension is killing me. I absolutely have to find out what wonder awaits in the next line.

They speak English in Australia, yet you type like you’re just learning the language. To be fair, maybe you’re a German living in Sydney because the tax breaks on search engine optimization startups are too good to resist. I won’t rule that out. But I bet you’re not from Australia or in Australia. I couldn’t guess where you’re from without spouting the common stereotypes of Internet scammers, but if I had to, I’d guess you’re from/currently in an unfurnished apartment in a forgotten part of a forgotten city. You’re drenched in sweat and you’re being cooled by one rickety fan. A roach scurries across the room. Your computer is propped atop milk crates, its wires splayed out across the floor, writhing in chaos toward a surge protector, coming together as a single slot on a power outlet. On your desktop is an Internet Explorer icon, and two Word documents: One says “Credit Card Numbers” and the other says “Greatly Luxurious Sex Boats.”

What the fuck is this about, Bob? You are severely confused. I do not own a sex toy website. I do not own a sex toy. (The Lord blessed me with hands for that purpose.) I don’t know what pool of data stolen by Russian hackers in a heroin den you’ve pulled my email address from, but I’m not the Luis Prada that owns a website about sex toys. I know of a Luis Prada who’s into really weird New Agey stuff and, like, lizard people and space crystals and shit. So maybe try hitting him up. He seems down for all kinds of freaky stuff.

I’m still reeling from this baseless accusation of being the proprietor of a sex toy website, one that is preferably an online retail outlet and not a Tumblr dedicated to pictures of Victorian-era strap-ons. So excuse me if I don’t trust that “those are” clients are enjoying anything, including existence.

Bob, may I make an assumption based on that previous sentence in the email? You seem to be implying that you have gained a significant amount of trust among people who are enthusiastic about cock rings and the like. I don’t want to disparage that. You’ve cultivated an audience, and that’s all a small-business owner can ask for. You’ll be able to put your fake kids through college with the continued patronage of niche clientele. But how did you become the go-to SEO guru within the sex toy website community? To feel like they should recommend you to others, one website must have been pretty impressed with how you were able to get their fuck supply store to pop up on the second page of the search results for “gaping anus.”

Again, I’m not saying I own a website about sex toys. But if I were the owner of such a depraved slice of Internet, I imagine I would already have an SEO guy — and I can’t imagine how badly he would need to fuck up for me to fire him.

Let’s say — and this is completely hypothetical — I did own a sex toy website, just for the sake of argument. Sell me on your services, Bob. What can you do for me and my ailing sex toy website? What have you done that’s so impressive as an SEO guru? Did you transform a small mom-and-pop butt plug company into a worldwide leader in butt plug sales? Were your SEO services the invisible hand guiding the rise of the fuckable rubber pussy industry? I need to know your resume. And I need to see some big names on that list. I’m not handing the SEO duties of my company to someone who couldn’t make my website — a website where people can buy quality vibrators for a fraction of retail price — show up as a top result for people Googling “how to make a girl squirt.” If you don’t have a proven track record of increasing sales on items such as anal lubricants, I’m sorry, Bob, but you will not be getting my business.

You misspelled your last name. What the hell, Bob? There were only 68 words between the “From” text field and your email signature. That’s not a large enough number of words to cause memory loss that severe. I don’t know if writing any amount of words can make a person forget how to spell their own name, but I assume at some point exhaustion would set in and doing something as simple as writing your own name could be tricky if you had just written, say, 1 million words in a row, the equivalent of the entire A Song Of Ice And Fire series so far.

But your brain melted after 68. How do you expect me to hand over the SEO duties of my — and again, I can’t stress this enough — purely imaginary sex toy website to someone who cannot be relied upon to spell his own name correctly? Your inconsistency in even deciding what your name is is a huge turn-off — one that solidifies my stance on the subject: If I had a website that, oh, I don’t know, gave first-time customers an additional 15 percent off on silicon egg masturbators (offer available to customers who create a new account by week’s end), I would not go to you, Bob, to promote said website, which doesn’t exist but totally would be called ThePleasureCrevasse.com. Again, Bob, I am not saying ThePleasureCrevasse.com is a real website, as you seem to imply. But it can be, Bob. With only a small investment of $200,000 transferred directly into my secure off-shore account, you can be on the ground floor of what will surely become the Internet’s most trusted sex toy website. What do you say, Bob Mary (Marry?) at Australia? We can do it, because together we will be best in experience those are enjoying sex toys website services.

Luis will be launching The Pleasure Crevasse soon! In the meantime, you can find him on Twitter, Tumblr, and Facebook.

Spam email is a lot like a Christmas present from your creepy uncle. No matter how low your expectations are, you are sure to be disappointed (and also given an inappropriate penis accessory). See why in If Spam Emails Were Telling The Truth All Along and 7 Ways Email Spam Is Insulting You Right To Your Face.

Subscribe to our YouTube channel to see how to fight back against big business in 7 White Lies That Get Free Stuff Out Of Big Companies (Just By Lying!), and watch other videos you won’t see on the site!

Cities Crave Hyperloop Because Its Shinyand Talk Is Cheap