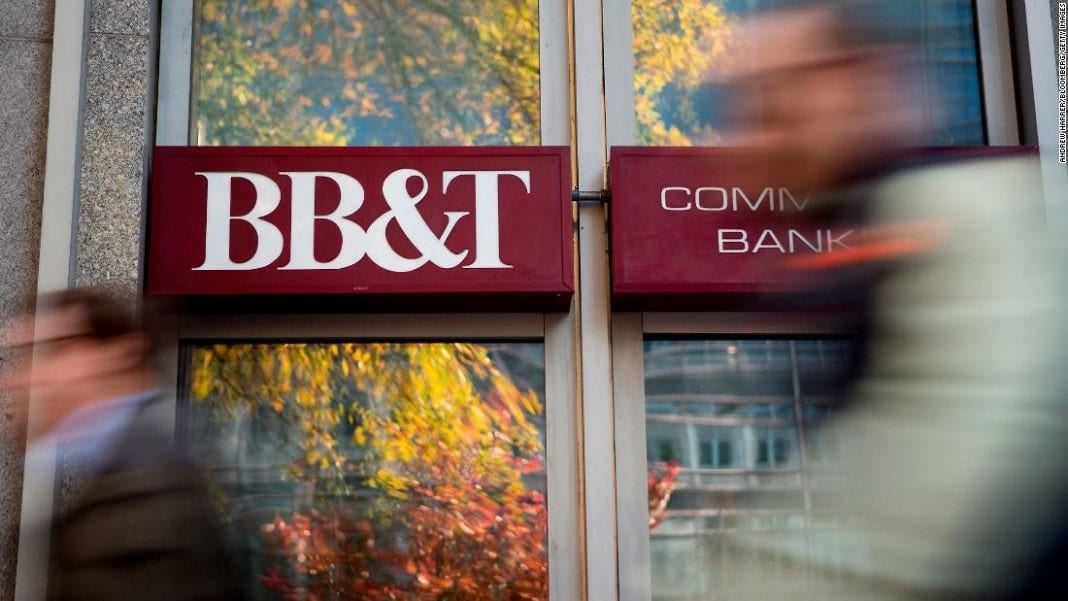 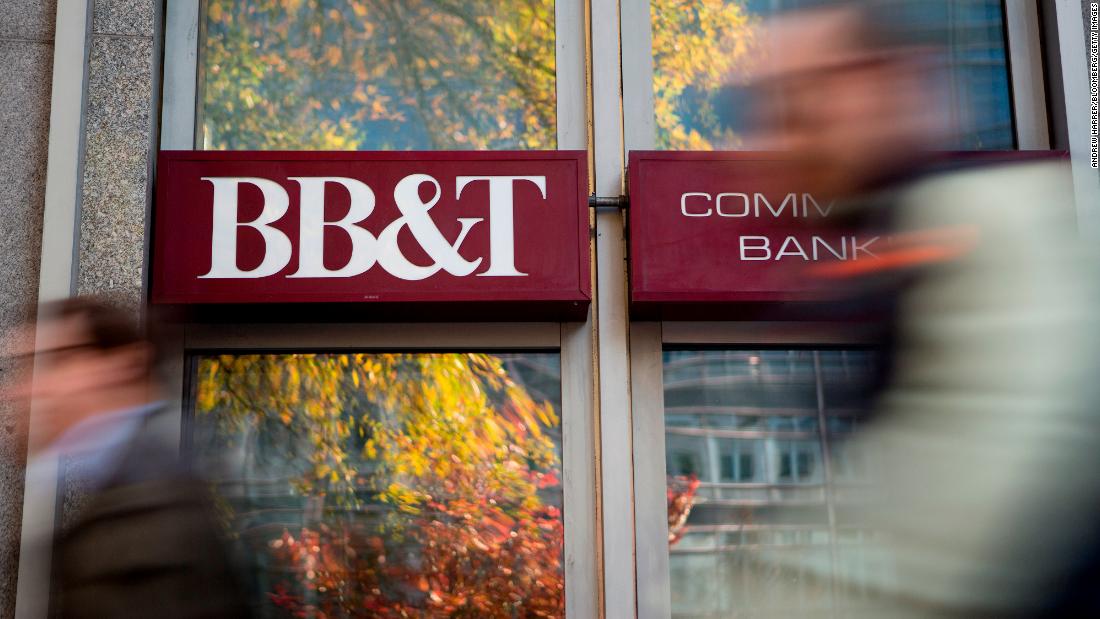 There are several reasons why this makes sense. Rising tech costs make scale more attractive. Competition from the banking giants, startups and even non-banks, like private equity firms, is squeezing regional players. And middle-tier banks want to keep expanding their balance sheets, forcing them to find other ways to chase growth.
“Bigger does make sense,” said Brian Klock, an analyst at Keefe, Bruyette & Woods who covers large US regional banks.
After the 2008 financial crisis, mergers and acquisitions in the banking sector stalled as regulation of the industry ramped up and the public remained wary of “too big to fail” institutions.
Ten years later, another round of consolidation appears imminent, according to Alan McIntyre, Accenture’s senior managing director for banking.

One factor encouraging bankmergers is the sheer amount of money that financial firms now need to invest in technology. It’s necessary so they can protect their systems and keep their digital presenceup-to-date.
Internal systems can require a lot of upkeep, while customers have come to expect high quality service on their phones and online.
Bigger banks have an advantage here. Their expanding online footprint allows them compete in new markets. And they have huge budgets. JPMorgan Chase (JPM), the largest US bank by assets, earmarked $10.8 billion to spend on technology last year.
“A lot of regional banks don’t need all the bells and whistles,” like a mobile app with facial recognition, Klock said. But he added that large banks could lure away customers by making certain tasks, like taking out a mortgage, easier.
As interest rates rise, banks are also fighting to hold onto deposits, because customers are hunting for the best possible returns.
Mergers help banks build up their deposit base, which is necessary to extend more loans. They also give banks more clout in the marketplace, which affords them more control over the rates they charge and pay out.

Then there’s the Federal Reserve, which is considering a proposal to ease oversight of banks with less than $250 billion in assets. BB&T and SunTrust had each been approaching that threshold on their own, anyway. At that point, it could make more sense for them to combine and reap the benefits of size. (Together, the two banks will have $442 billion in assets.)
Banks in that position are already going to face a certain degree of regulation, Klock said. “So why not get bigger?” 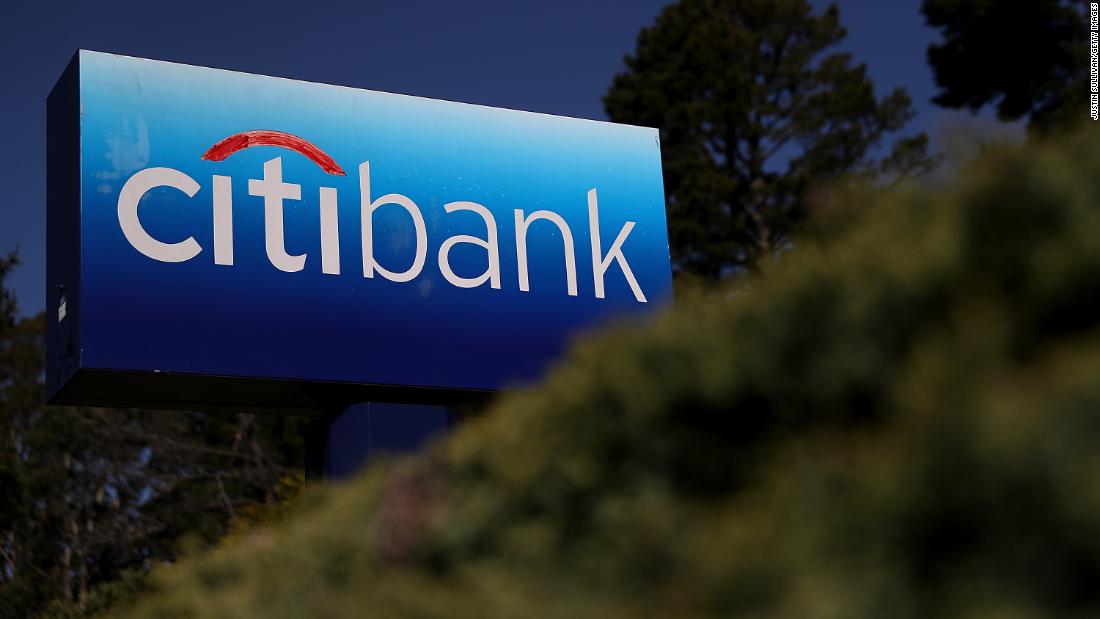 Plus, technologies that help ease the burdens of regulation have cropped up in recent years. The cost of complying with stringent federal rules is “not as intimidating as it was,” McIntyre said.
Despite these considerations, few banks fit the exact profiles of BB&T and SunTrust.
PNC (PNC), which has assets of roughly $382 billion, is already well above the $250 billion mark. Fifth Third (FITB) and M&T Bank (MTB), which have about $146 billion and $120 billion in assets, respectively, may not want to increase their regulatory exposure with significant acquisitions.
But the need for greater loan growth, especially on the commercial side, could spur these players and more to think about deals of some variety. Fifth Third, for example, scooped up Chicago’s MB Financial for $4.7 billion last year.
“These should be golden days for banks in the US,” McIntyre said. “High economic growth, low unemployment, rising interest rates. But [middle-tier] banks have been struggling to grow.”
Mergers and acquisitions should be “high up on that list” of options to consider, he continued.

Not everyone will be allowed to participate in the next wave of takeovers.
The biggest banks, including JPMorgan, Citigroup (C), Bank of America (BAC) and Wells Fargo (WFC), would likely be prohibited from buying another sizable banking company, according to analysts. Instead, they’re buying more niche financial firms. For example, Morgan Stanley on Monday said it would purchase Solium, which administers stock plans, for $900 million.
There are already antitrust concerns in Washington about large regional banks getting together.
Maxine Waters, chair of the House Financial Services Committee, said last week that the BB&T-SunTrust deal “raises many questions and deserves serious scrutiny from banking regulators, Congress and the public.”
Senator Elizabeth Warren, a 2020 Democratic presidential contender, said in a letter to Fed chair Jerome Powell that she’s concerned the central bank will ratify the merger without seriously examining the consequences.
But there’s little doubt that BB&T and SunTrust’s union will ultimately get approved, at least within the industry. The Trump administration has favored deregulating the financial sector, and it would be surprising if it suddenly put up a fight.
Should it go through, the BB&T-SunTrust deal will send a strong signal to other companies exploring mergers.
The message: Now is the time to act.

Fleksy keyboard to get major reboot under ThingThing’s dev team

Why 2016 marked a major moment for ‘femtech’

Lessons from Shippo’s Series A