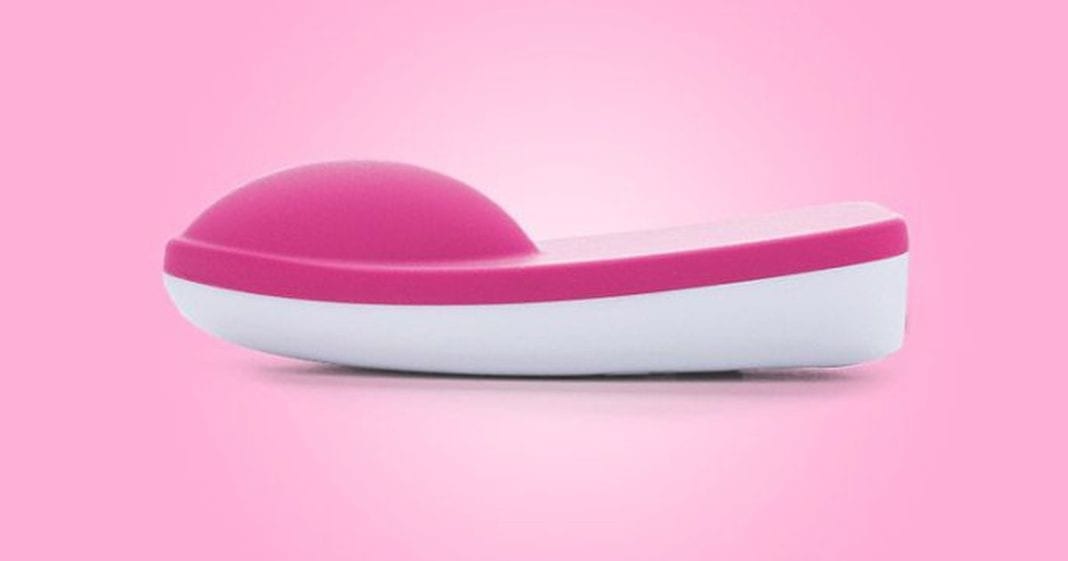 LAS VEGAS Amid the chaos of International CES, a small sex tech company called OhMiBod is working to shine a light on the sometimes forgotten space of female-oriented sex tech.

One of the first companies to build a connected sex toy, the brand offers app-controlled vibrators and sexual health devices.

SEE ALSO: Bedroom not hot enough? Get a $250 lube warmer

Now in OhMiBod’s seventh year at CES, Suki tells Mashable that at times in previous years, it felt as though attendees looked down on their products because of their connection to the adult industry.

“Either people passing our booth, or just kind of the tech industry in general, we didn’t necessarily get the same respect that, say, a baby products company would get on the show floor,” she said.

“But we’ve seen that change over time,” she went on. “Obviously winning the award last year was massive to us. And it wasn’t about winning the award or even being nominated, it was about the fact that we were being considered on the same level as everybody else.”

It’s not as though sex isn’t around at CES. As Engadget points out, adult-film studio Naughty America will be tucked away in a meeting room at this year’s event. In 2016, we covered VR porn at CES that later became a big deal sex tech industry. And later this month, Las Vegas will host the AVN Adult Entertainment Expo, an industry event that went up alongside CES until 2011. After all, sex tech is thought to be a pretty big industry. According to a Wired UK article on women in the sex tech industry, 500 Startups estimates the overall industry to be worth about $30.6 billion, though that number tends to vary.

Though the Dunhams did show their products at AVN before 2011, the show’s male-dominated vibe wasn’t what they were looking for.

“Our whole mission since we started this was to kind of step up the game in this product category, to make these products very approachable.” Brian said

So they turned to CES in 2010, hoping to speak to a more tech-focused audience. Though they were initially turned down for a spot, one letter and a few phone calls later, Suki and Brian convinced CES to let them on board.

They’ve been showing ever since, with increasing success. In 2014, they picking up global distributors at the show. And last year’s show connected the Dunhams with a representative who put their products online at Target. It’s a drastic change from when they first started OhMiBod back in 2006.

“Everything’s changed so dramatically from 10 years ago,” Brian said. “We came in, we’re literally kicking the tires, like can we be in this industry? And, as it turns out, some of our best friends are now kind of from within the industry. It’s filled with a lot of really passionate, smart people who are in some cases wanting to push the boundaries into more of a kind of positive way, with positive messaging.”

So, where are the other women-oriented sex tech companies at CES?

“We’re a tech company at the end of the day, and I think a lot of people in our industry aren’t necessarily tech companies,” Suki offered. “So perhaps that’s the reason for not a lot of entrants into the market, into this particular space.”

“And my other thought is, all the stigmas we’ve been fighting through for the last 10 years still exist,” she continued. “Even if you had, say, a super smart, great techie, [she or he] might think twice about entering this space. So, perhaps that is why you haven’t had kind of a flood, whereas if you’re talking about virtual reality, anybody can enter that space and not have any stigmas around it.”

That isn’t to say that there aren’t women in the space working to build sex tech. Consider Dame Products, who successfully launched the first sex toy Kickstarter campaign for its wearable vibrators. Or Cindy Gallop, advertising executive and founder of MakeLoveNotPorn, who regularly discusses the difficulties sex tech start-ups sometimes face in securing funding. The Dunhams have even had their own share of difficulties building and marketing their products to the public.

“We’ve had accountants not want to work with us, we’ve had printing companies not want to print our manuals which are really benign and instructional,” Brian said. “Facebook, we still can’t advertise.”

Indeed, Facebook states in its advertising policy that ads may not promote the sale of “adult products or services“, save those used for contraception and safe sex.

There’s also the issue of fear of women’s pleasure and, as an an extension of that, women’s sexual health.

“That’s one of the things that’s always struck me personally is this idea of this hypocritical world that we live in, because we do talk about male satisfaction and male sexual dysfunction issues, but yet on the female side, for whatever reason, we have a hard time talking about it, or companies have a hard time getting behind it,” Suki said. “It’s fascinating that it’s that way, and I keep asking myself how and why.”

For the Dunhams, their products are as much sexual health tools for women as they are toys.

But OhMiBod’s big CES news is its upcoming software development kit, which will allow developers to create apps that work with their connected toys and devices. As devices become more a part of how people experience intimacy, Brian and Suki want to stay ahead of the trend.

“It’s kind of in our world groundbreaking because nobody’s really open-sourced their products [in the sex tech industry],” Suki said. The SDK launches in March.

“Young adults are…growing up with these platforms like Snapchat, and their first intimate experience…is a virtual experience,” Brian said. “And that’s a significant shift in how the world views intimate contact, whether it’s virtual or physical. And it’s not that it’s replacing it, but it’s certainly augmenting it in certain ways.”

BONUS: This revolutionary printer doesn’t use any ink to print

Omidyar Network spins out its fintech investment arm as Flourish, with up to $300...