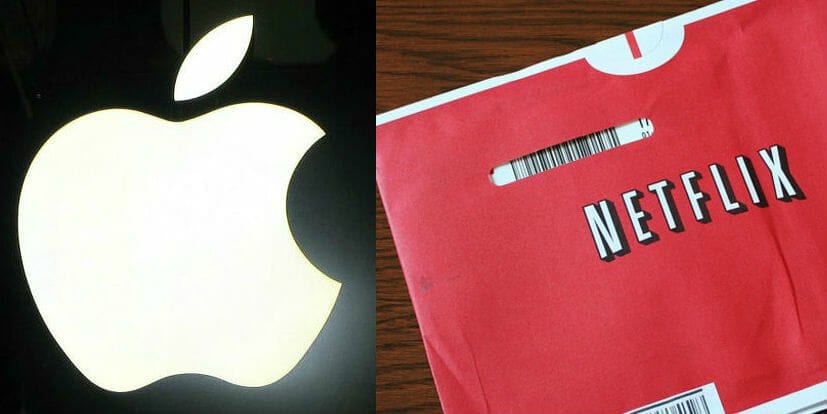 Apple could soon make a bid for Netflix, according to Citi analysts. While it’s complicated and far from certain, there’s a decent chance it might actually happen, and it all hinges on Donald Trump‘s corporate tax cut.

That’s because the GOP tax plan not only offers a significantly lower tax rate but also boasts a one-time repatriation of overseas cash. Apple is said to have $252 billion in foreign cash, which it can now bring back to the U.S. without a major tax hit. Citi analysts Jim Suva and Asiya Merchant believe there’s a chance the Cupertino giant will use those funds on a major acquisition.

The analysts ranked the companies Apple is most likely to acquire, and they gave Netflix 40 percent odds as the leading target. Second to Netflix is Disney, with a 20 to 30 percent chance of acquisition, but that was before Disney purchased 21st Century Fox assets. Other companies Apple may be eyeing include gaming firms Electronic Arts, Activision, and Take-Two (10 percent chance), and electric automaker Tesla (5 percent).

Apple has taken steps to grow its own TV business, but the results are still unclear. It recently launched its first set of original TV shows in Carpool Karaoke and Planet of the Apps, and it’s set to reboot the sci-fi classic Amazing Stories with Steven Spielberg. Apple was early to online video streaming with iTunes but has struggled to keep users tuned in as the market shifted to subscription-based services like Netflix, Hulu, and Amazon Prime.

While Apple is known for cautiously buying up startups and folding them into its operation, it may choose to make an exception and jump ahead of its growing competitors now that it has more funds to work with. Netflix has grown rapidly over the past decade and has more than 100 million subscribers worldwide. It spends billions on more than its original series, movies, and documentaries.

But until there are firm reports of discussions between these two tech powerhouses, you should take Citi’s predictions with a grain of salt. Apple’s largest acquisition to date was purchasing Beats for $3 billion 2014, so it seems unlikely that it would throw down $75 million for a service it already spent a significant amount competing against.

We have reached out to Apple and will update this article if we hear back.

Correction 11:01am CT: An early version of this report misstated the amount Apple spent to acquire Beats in 2014. That purchase was $3 billion, not $3 million.

Dems Are Furious About Trump. This Lawmaker Wants Them To Ride That Anger Into...