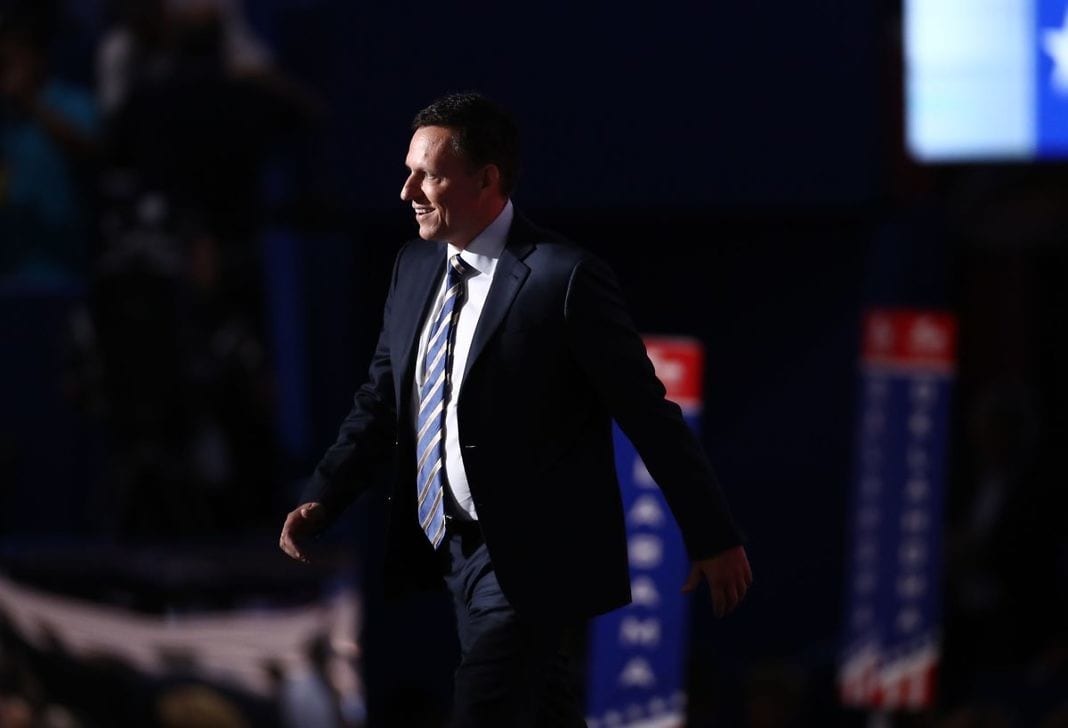 Bitcoin has gained global fame in the past year, but it’s been popular at Peter Thiel’s venture firm since at least 2012.

Founders Fund, Thiel’s San Francisco-based firm known for early bets on SpaceX and Airbnb, has been purchasing small amounts of bitcoin in recent years, totaling no more than $20 million, to establish a "toehold" in the space, according to a person with knowledge of the matter. Those bitcoin holdings are now worth several hundred million dollars, though Founders Fund has yet to return any gains to its investors, said the person, who asked not to be identified because the investment hasn’t been publicly disclosed. The Wall Street Journal earlier reported the firm’s bitcoin purchases.

While the investment amounts to a rounding error for Thiel’s firm, which has more than $3 billion under management, it represents a departure from the way most venture investors have approached the bitcoin space.

Venture capital firms plowed more than $1.38 billion into blockchain startups — companies working on the technology underlying bitcoin — during 2016 and 2017, according to research firm CB Insights. Uses of the blockchain, a decentralized ledger system, range from enterprise software and e-commerce to the more buzzy bitcoin currency exchanges, trading platforms and mining companies.

In bankrolling the infrastructure to support the digital currency, investors including Draper Associates and Andreessen Horowitz have taken a measured approach, backing blockchain technology rather than buying bitcoin itself.

The performance gap between bitcoin-related startups and bitcoin as a currency has been a sore point during partner meetings at some venture firms. Startup shares are illiquid and take an average of seven to 10 years to deliver a return, and 90 percent of such companies fail. Some VC partners argue that a direct investment in the currency would have been smarter than backing the startups, even though it’s not a traditional venture deal, pointing to the surge in bitcoin value — it jumped about 1,400 percent in 2017 — and the fact that it can be traded immediately.

But with bitcoin prices hovering around $14,700, it’s doubtful whether any venture investors still see a bargain.

Back in November, Thiel thought bitcoin’s price was very high, said the person familiar with Founders Fund. The investor felt comfortable buying it at about $2,000 to $3,000, the person said.

A Founders Fund spokeswoman confirmed that the firm invested in bitcoin infrastructure companies BitPay, BitGo, Polychain and MetaStable, but declined to comment on the firm’s ownership of bitcoin.