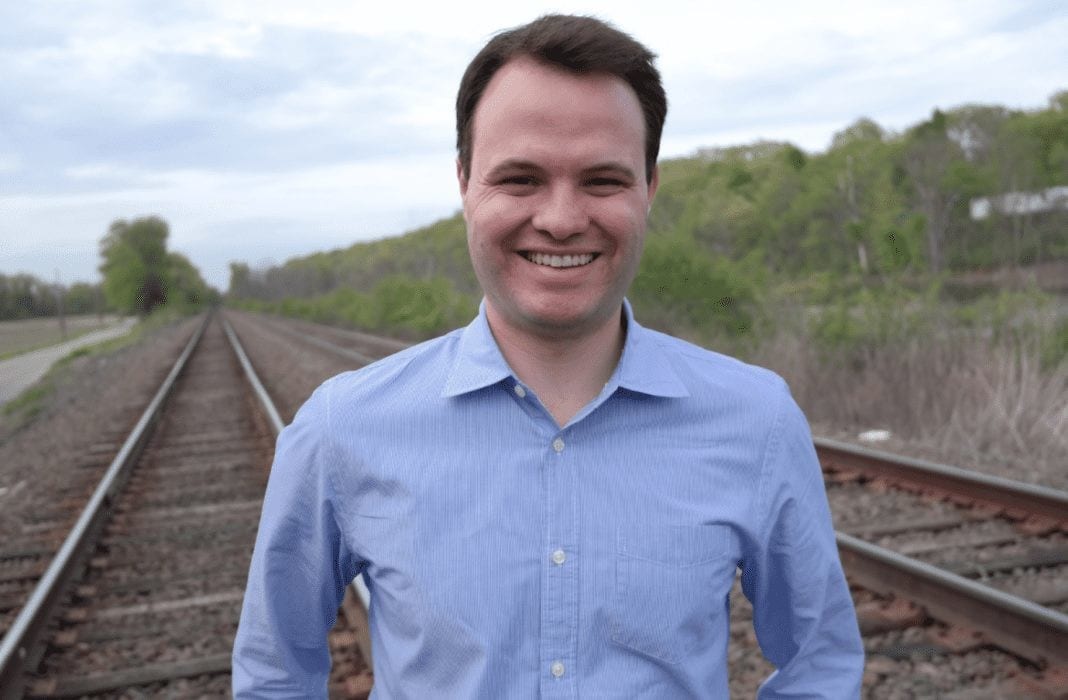 When the internet security company Cloudflare decided to engage in all-out war with what it views as a dangerous new breed of patent troll, it found a receptive audience with Eric Lesser, who became the youngest state senator in Massachusetts when elected to office in 2014.

Senator Lesser, now a 32-year-old in his second two-year-term, was in the same Harvard fraternity as Facebook CEO Mark Zuckerberg, but says he didnt really think much about tech until after working on President Obamas first presidential election campaign in 2007. I was traveling around with him and carrying suitcases and handling logistics for his traveling team, he explains.

When the campaign was over, he joined then-senior advisor David Axelrod at the White House as a special assistant; he also became involved with the Council of Economic Advisors and more specifically with the agencys chairman at the time, economist Austan Goolsbee. Thats really when I started to get exposure to a lot of tech policy and some of the issues, he says.

Fast-forward and today, among the issues Senator Lesser has become most focused on because he sees it as among the bigger threats to Massachusettss economy is patent trolling. Indeed, while hes not sure how much he can do to help Cloudflare, which has a Boston office, a bill that Senator Lesser helped craft will be heard in committee next Tuesday, and it would put a serious crimp in what he calls shakedown operations more broadly.

More from a conversation we had this morning, edited for length:

TC: Youre on the young side to be a state senator.

EL: Id gone to Harvard, then Harvard Law School, and in my third year, I decided to jump into a race in the community where I grew up, and I won. It was a five-way primary, and very close. I think I won by 192 votes out of around 17,000. [Laughs.]

TC: When did you zero in on this patent problem?

EL: In Massachusetts, you serve two-year terms, and after I was reelected to my second term, a friend who I was friendly with in college was at HBS and he sort of said, Theres this thing thats starting to create real issues, and it was patent trolling. Id had a very atmospheric knowledge of it from law school and IP classes, but I began realizing this was a very big deal.

TC: How did you get started on your related work?

EL: My friend first connected me with Eric Paley of [the venture firm] Founder Collective, and his wife, Shirley, whos an IP lawyer and so knows this stuff well. Turns out there was a bill in Massachusetts that had been hanging around a while, authored byAnthony Petruccelli, who was a state senator who has since taken a job in the private sector. So we picked it up last year and attached it to an economic development bill, and the response to it was overwhelming.

TC: But you didnt get it through your states legislature.

EL: We didnt. So we reached out to the tech and legal community to better understand the ins and outs of what we wanted to propose, and we crafted a new bill the one that will be heard on Tuesday [by the Joint Committee on Consumer Protection and Professional Licensure].

Its just the second or third inning of this process. The bills and there are two other patent bills, as well will be heard on Tuesday. After that, the committee will begin the process of analyzing them and providing recommendations. Then theyre off, potentially, to the floor of both the House and the Senate.

TC: When? In the fall? Early next year?

EL: Its hard to tell when that would happen. But everyone is up for reelection in November 2018, so before then, because the whole process starts anew afterward, with a new Senate and House that comes in.

TC: Yikes. Is it good news or bad for you that there are two bills dealing with patent trolls?

EL: Its good. Its a level of the indication of interest and hopefully shows that a lot of members of legislature are involved in this. It also helps create buzz and momentum.

I think all of us understand that there is a need to strongly protect intellectual property and show zero tolerance for anyone copying IP. But what were seeing is a really vicious and cyclical process where, for profit, people are bullying and scaring young entrepreneurs. You hear about the three or four kids in a dorm room who are tinkering around with an idea, then suddenly, they get slammed with one of these completely vague cease-and-desist letters from a place theyve never heard of, citing patents they didnt know existed. The threat is: turn over everything youre doing to us, or pay us $30,000.

TC: Cloudflare is particularly concerned with the growth of non-practicing entities that are started by former IP litigators, because they can buy up unused patents on the cheap, then, using their law degrees, easily and affordably put the screws to companies with those patents. Are you trying to outlaw these firms specifically?

EL: Its a little further afield from where we are today, but not entirely. The way weve delineated it is, if youre involved in R&D or manufacturing or youre a hospital or a university or a business basically, if you a real entity then this bill is likely not going to apply to you.

Were trying with some specificity to zero in on these non-practicing entities, so it would include the [Cloudflare] situation and other patent trolls that were observing more and more. These firms raise funding, as would a startup or venture firm, then they use that money to vacuum up a bunch of patents for the sole purpose of suing other companies. Thats bad for the economy, bad for innovation, and frankly, a loophole a kink that needs to be resolved.

TC: It looks like Anthony Petruccelli was a state senator for nine years. I guess you dont have term limits in Massachusetts? Do you see yourself staying put for a while?

EL: Unlike in California [where you are], we have no term limits here. And yes, Im [really dedicated to the issue].

The tech community hasnt been engaged in public policy, and for a variety of reasons, you now see the entrepreneurship community and the VC community especially at the state level start to really step up and talk about why these protections are important. So were really focused on it.

Theres inaction on the federal level and complete dysfunction in Congress. Patents and IP have traditionally been the province of the federal government. But for states like California and Massachusetts, this is too important a part of our economy and job creation to wait for the government to get involved.

TC: Is there a state that youve used in creating your bill, one that you think is getting it right when it comes to patent trolls?

EL: There are 33 states with some version of this legislation, so its not a brand new idea. Its been tested in lots of places, with varying degrees of strictness. Given how important startups and venture capital are to Massachusetts, its a little embarrassing that we dont have similar legislation already.