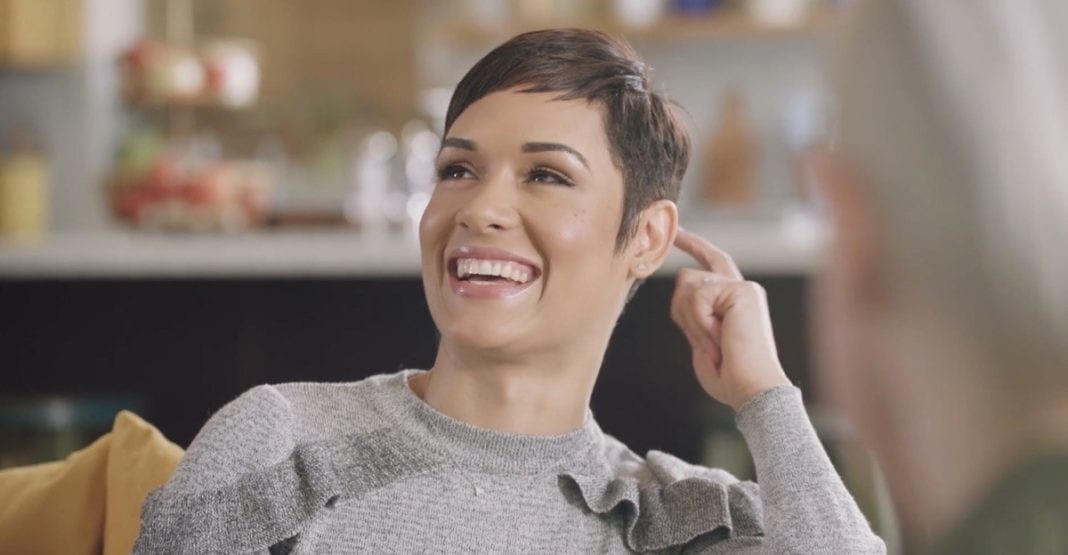 When we visit a new place, we all have our own way of learning about the people we meet.

Maybe we read up on the culture and history of the country we are visiting or try to learn how to speak a little of their language even if it involves acting out words we dont know.

Actor Grace Byers, best known for her role in the television show “Empire,” has her own way of getting to know people in a new country.

“I come to a country, and Im like, ‘What games do you play? Let me learn. And win,'” she said with a laugh.

Thats because to her, games are about more than just having fun. Theyre about finding a great way to connect with other people.

“Its this time when you get to be vulnerable, where you get to be open, where you really get to connect to other people and truly be yourself,” she told Hannah Hart on the YouTube show “While the Water Boils” while the two played card games and cooked a delicious pasta dish.

In fact, Byers loves games so much that she made a game out of who could pick the basil leaves off the stalk the fastest with Hannah while they were cooking pasta. Check out it out in their interview:

Byers’ love for games comes directly from her childhood.

“I grew up in the Caribbean,” she said, and while her childhood might sound idyllic with its beaches and fresh fruit, it was also easy to run out of things to do for fun.

“Theres not much to do on the island, really,” she said. “You know, you have the movies, you have bowling and stuff like that, but the main thing that we really love to do is play games.”

Games, especially card games like Spit, became her favorite thing to do with family, friends, and even strangers. Later, she brought that passion for games with her when she moved to America from the Cayman Islands to study acting. And today, she even plays games such as Spades on-set with fellow actors.

Card games also became a way for Byers to find a great work-life balance in her career.

“Its so important to have a balance,” she told Hart. “We will work, we will get the job done, but then we dont really put that same effort into having fun and relaxing.”

Its important to make time for play and the things that you enjoy, no matter what they are because that is how you keep your passions alive. And for Byers, card games do the trick better than anything else because they allow her to be herself, let down her barriers, and just have fun.

How the 2016 election can help millennials get paid parental leave and affordable child...