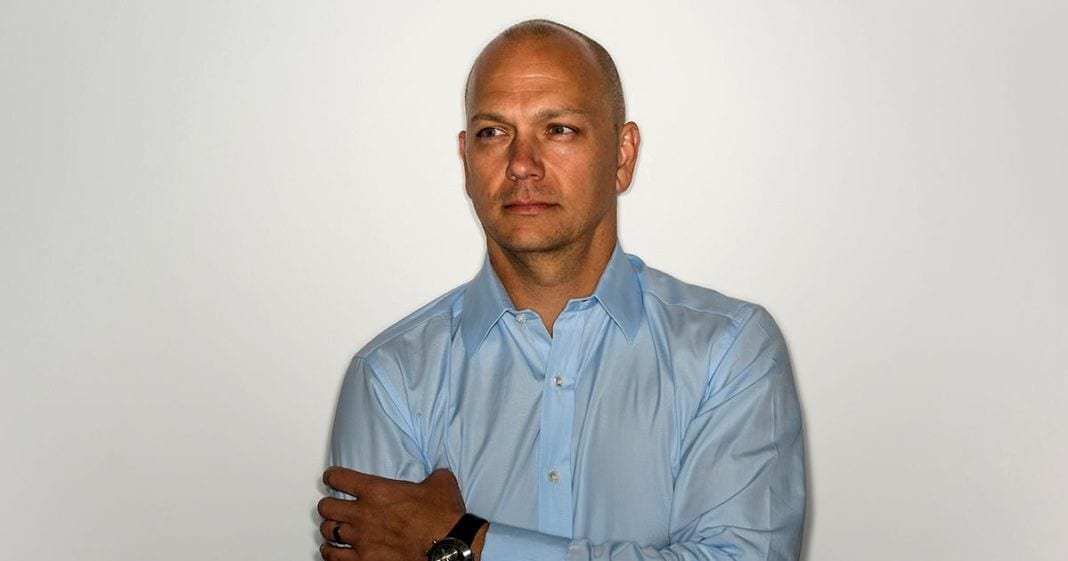 In June 2016, Tony Fadell, the chief executive officer of Nest and one of the most important hardware executives of his generation, announced that he was leaving his smart-home company’s parent, Alphabet Inc. That wasn’t entirely shocking: Alphabet’s creation in 2015, as a holding company that formally separated Google’s search business from its “other bets,” had led to tension throughout those properties. Fadell, famous for creating Apple Inc.’s original iPod and iPhone prototypes, had sold Nest to Google in 2014 for $3.2 billion on the strength of an internet-connected thermostat. He didn’t need to stick around.

The engineer’s next move was more of a surprise. He didn’t just leave Alphabet; he left Silicon Valley and relocated to Paris. In an interview with 10 years after the iPhone’s release, Fadell, 48, explained his reasons for leaving and why he thinks “the next iPhone” won’t be a phone at all.

Max Chafkin: Apple is said to be preparing a big redesign that it’ll unveil this fall, but sales of the iPhone have been falling. Do you think consumers can still get excited about a new smartphone?

Tony Fadell: I hope it’ll be exciting, but I don’t know. Phones have become more of a game of inches. It’s just like what happened to laptops.

Where do you think the kind of innovation that produced the iPhone is happening today?

There are these Cambrian-explosion moments in technology, and the iPhone was one of them. It was a combination of hardware and software. Today, that’s happening with sensors and AI, which imbue this kind of intelligence into things and give us self-driving, self-flying, self-floating things. That’s one area. Another is biology. We’re literally putting tiny computers inside of cells to do things like target a tumor precisely, rather than just spraying your body with something and saying, “I hope we got it.”

Do you think people are going to spend more or less time on their phones five years from now?

I hope it’s less. For my family, we have tech-free Sundays. No one is allowed to use a screen.

My hope is that in the future, when you walk in the door of your home, you’ll take off your shoes, drop off your backpack, and leave your phone near the front door. You’ll be able to be one-on-one with everybody, but you’ll still have the capability, through connected devices, to be able to call up information if you need it. No more screens. We don’t need more screens.

You’re alluding to gadgets like the Amazon Echo. What do you think of that device?

I think it’s similar to when Apple came to me and “Let’s do the iPod,” except it wasn’t an iPod yet. We said, “Look at all these shitty MP3 players. I think we can do this better.”

I give Amazon credit for it. They weren’t the first home assistant. We at Nest were building one, and there were a couple of startups on Kickstarter and Indiegogo doing this. But Amazon went, “Oh, maybe we can make a real version of it. Some other company came up with a prototype, and now let’s put our flavor on it.” For Amazon, it’s like a perfect way to take a consumer who already loves them and make ordering stuff frictionless.

Why do you think Amazon.com, rather than Google or Apple, was the company that built the first successful home assistant?

Look at what the Echo does. It is listening to you all the time. Out of the companies you mentioned—Apple, Google, and Amazon—which ones would you most trust to listen to you all the time? There are very few people who don’t trust Amazon.

What have you been doing since you left Alphabet?

I’m working on something new, but I’m not ready to talk about it yet. I’m living in Paris, and my wife and I are learning French. I’m talking to a lot of entrepreneurs and mentoring them.

I don’t think of France as being a very entrepreneurial country.

It’s very different from the stereotype. There are 45 startup incubators in Paris alone. There are technology universities. There’s venture money. I’ve seen things in labs that I’ve never even heard of in the U.S.

There’s a crazy tech company in France called Pixium. They’re doing brain implants that connect to a pair of glasses with cameras on it. So if you’re blind or near-blind, you can see images that are wirelessly sent into your optic nerve. That’s pretty wild. People are talking about brain links in the U.S. In France, someone is actually doing it.

You recently joined a technology advisory council of Magna International Inc., a Canadian car manufacturer. How far off are self-driving cars?

Don’t believe the hype. There are going to be demos, and they’ll get better and better, but to get to the point where you’re going to buy one that can run at a speed that you’re accustomed to—55 miles or 100 kilometers per hour—that’s a lot further off than people are telling you.

Ten years from now, do you think the most valuable car company will be a traditional automaker or a tech company?

I think the car world is going to look pretty similar to what it looks like today. There are new brands, like Tesla and some Chinese brands, that could be challengers in the decade after that, but this isn’t something that is going to happen as quickly as the mobile phone industry changed with the release of the iPhone. Phones get turned over every 18 months. It takes much longer with cars. And with cars, we’re talking about laws changing and police having to adjust to them. It’s a lot harder than rolling out a 3G network and getting people to change phones.

Do you share Elon Musk’s concerns about the dangers of artificial intelligence?

My biggest worry is not AI. It’s f—ing fake news. I’m worried about these technologies that allow you to program people with information viruses. You don’t need AI to do that.

Do you think Silicon Valley has been complicit in the spread of misinformation?

The media is complicit, too. It’s for each business leader, each technologist to stand up and say, “I’m not going to be a part of this.” At the end the day, you look inside your own conscience and ask, “What am I doing to society?”