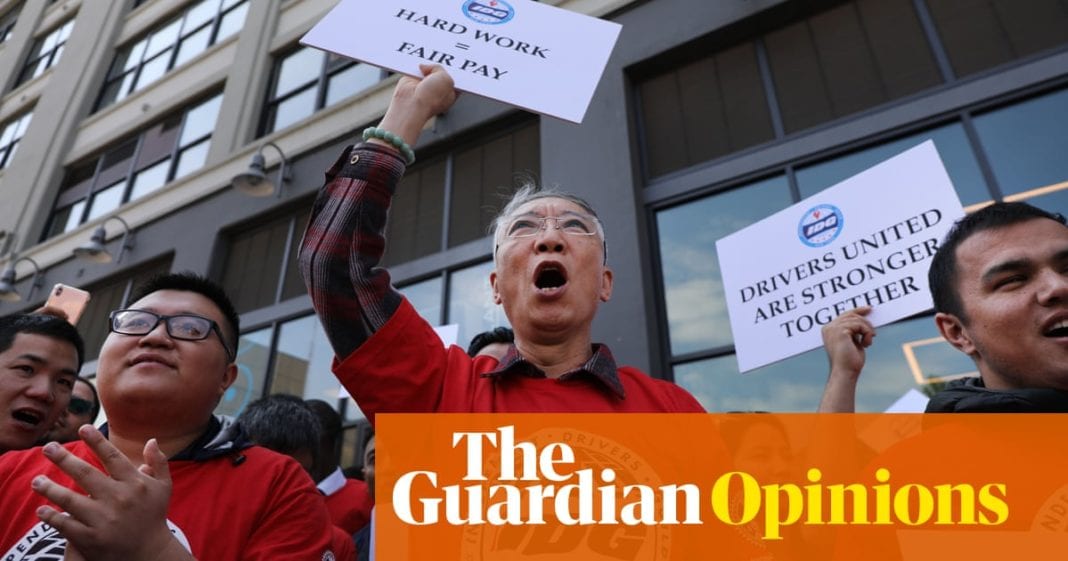 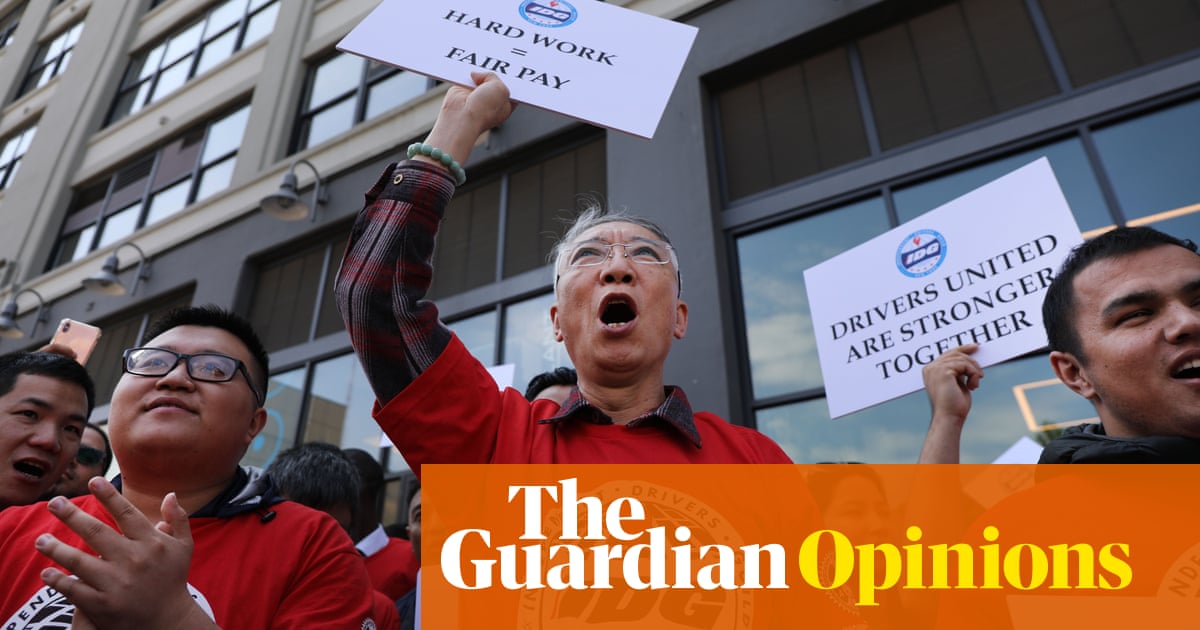 Donald Trump will no doubt tell the world he deserves to be re-elected because the economy is “the best ever”. Never mind that nearly 40% of Americans say they can’t afford to pay an unexpected $400 bill, and that nearly one in four Americans skipped some form of needed medical care last year because they couldn’t afford it. (These findings are from a new Federal Reserve report).

Trump is correct when he boasts that the jobless rate has fallen to its lowest level in 50 years and that real wages are finally rising, but workers are not getting close to the average $4,000 raise he promised they’d receive as result of the $1tn corporate tax cut. There is no denying the economy is doing well, partly because Trump has spurred the “animal spirits” of business, to borrow John Maynard Keynes’ phrase. But many of the ways Trump has spurred those spirits could hurt the nation for decades to come.

Though Trump once promised to eliminate the entire $20tn-plus federal debt, he has caused the annual federal budget deficit to soar toward $1tn, a move that has goosed economic growth though far less than Trump said it would. Trump has also spurred business by scrapping or rolling back environmental regulations, moves that will worsen global warming, foul our air and water and disfigure our lands and coastlines. The Trump administration has also delighted business by weakening worker protections: reducing safeguards for 401(k)s, making it harder to unionize and obtain health coverage, rolling back plans to expand overtime pay, making it tougher for Uber drivers and other gig workers to receive benefits.

The jobless rate was a very good 4.7% when Trump was inaugurated, having declined from a peak of 10% under Barack Obama. One might say Trump was inaugurated when the economy was on third base and he thought he’d hit a triple. Thankfully, the economic expansion that began under Obama continued after Trump took office, and the jobless rate has since fallen to 3.6%. This means a 1.1% drop under Trump, compared with the 5.3% point drop under Obama. (Because of the recession Obama inherited, the jobless rate climbed from 7.8% to 10% during his first year in office). Job growth under Trump has averaged 193,000 per month, lower than the 217,000 average in Obama’s second term.

While Trump tells workers in swing states like Michigan, Pennsylvania and Wisconsin he deserves re-election, it’s not clear he has truly done much except ride economic expansion that began under Obama. Trump’s helter-skelter tariffs, trade feuds and trade wars have angered allies and made a lot of noise but they haven’t done much for American workers. They’ve aided some industries, while hurting others.

As the 2020 campaign heats up, there will be a big debate over whether Trump has been good or bad for America’s workers. But there’s a surefire way to determine whether Trump or any candidate is good for such voters. The nation’s unions and other worker groups should draw up a Contract for the American Worker and make it clear they will only endorse candidates, Republican or Democratic, who endorse such a deal.

Such a “Contract” could call for:

Many worker advocates will complain that these proposals are too modest and fall below Europe’s standards. They should be considered a much-needed first step. At the same time, corporate executives will scream that this Contract for the American Worker includes too many “expensive” and onerous “employer mandates”. They’ll order their lobbyists to target lawmakers and pressure them to shut this down.

For too long, largely because of the disproportionate power of business, workers in the wealthiest nation have gone without many basic protections. This proposed contract would aim to end what I call “America’s anti-worker exceptionalism”.

Whichever candidates back this Contract for the American Worker can trumpet themselves as true friends of workers. Those who don’t will need to explain to voters why American workers deserve less than workers in other advanced industrial nations.

Amazon’s next conquest will be apparel

Prowler.io nabs $13M for its new approach to decision making in AI

Blood, spit and swabs: can you trust home medical-testing kits?