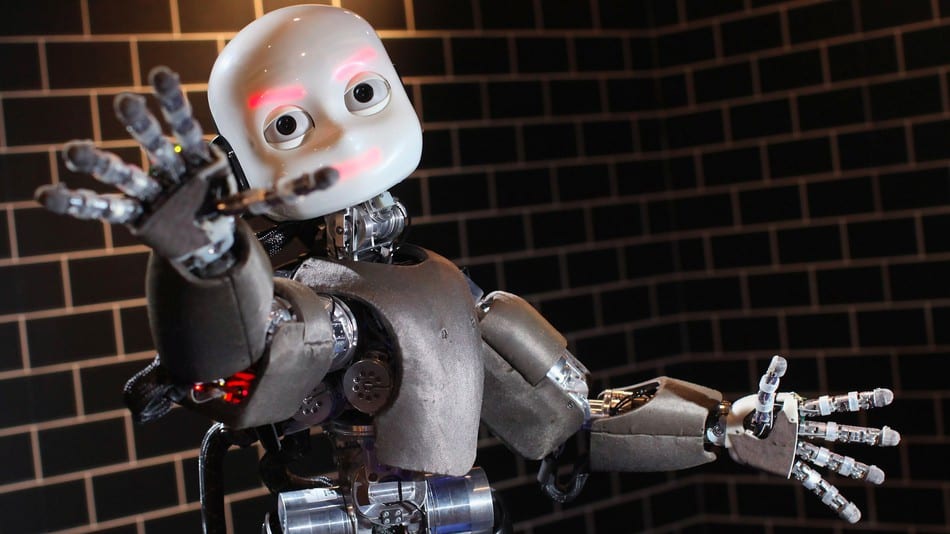 Steve Mnuchin, for one, welcomes our new robot overlords.

The treasury secretary said during an interview with Axios on Friday that he was “optimistic” rather than anxious about the effects advances in automation might have on the workforce.

(“I’m not worried” seems to be a common refrain for Mnuchin, who repeated the phrase at least three times throughout the 40-minute interview.)

Mnuchin also seems blissfully ignorant of the timeframe in which most experts expect artificial intelligence to begin doing low-level jobs.

The comments come hours after accounting firm PwC released a report that found that nearly four in ten American jobs could be lost to automation in the next 15 years.

That number is by no means universally agreed upon, though. Other studies have pegged it at as low as nine percent, and a report from McKinsey Global Institute suggested that the change would happen over a much longer period than most experts are predicting.

Still, Mnuchin’s sanguine outlook on the situation doesn’t jibe with any of these reports, and his ignorance of the major near-term impact is somewhat ridiculous, given the numbers.

“We’re never really good at predicting what the next problem is,” he said when asked about potential global economic problems.

Wow, talk about somebody who should not be in charge of economic policy… https://t.co/KzgkiGPGCU

How soon will AI be available to run the Treasury? https://t.co/zhrqgtx02u

Mnuchin: Losing human jobs to AI “not even on our radar screen.” Um…could someone turn on their radar screen? https://t.co/fd9Cu2RHKa

the real eye-popping part of Mnuchin’s sit-down with @axios is the part where he sees AI as 50-100 yrs away https://t.co/2XPj61F5nT

One part of the labor market expected to be hit the hardest by automation within the next decade is the American trucking industry.

There are 3.5 million truck drivers in the United States it’s the most common job in more than half of all states. And startups like Uber-owned Otto are already testing driverless big rigs.

This topic doesn’t seem to have been raised on Thursday when the president spent part of his day playing around in a truck cab while meeting with the industry’s leaders.

Trump REALLY enjoyed sitting in that truck, but not as much as we’re enjoying the Photoshops that came after it. https://t.co/2wWAIEDmHp pic.twitter.com/hZXnE2chgo

At least one member of the Trump administration seems aware of this impending cliff, though.

Transportation secretary Elaine Chao paid lip service to the impact of driverless technology would have on the labor market last month.

As a former secretary of Labor, I am very, very concerned about that and very cognizant of those challenges,” she said, according to Politico. “So we do have to transition people and we need to keep that in mind.”