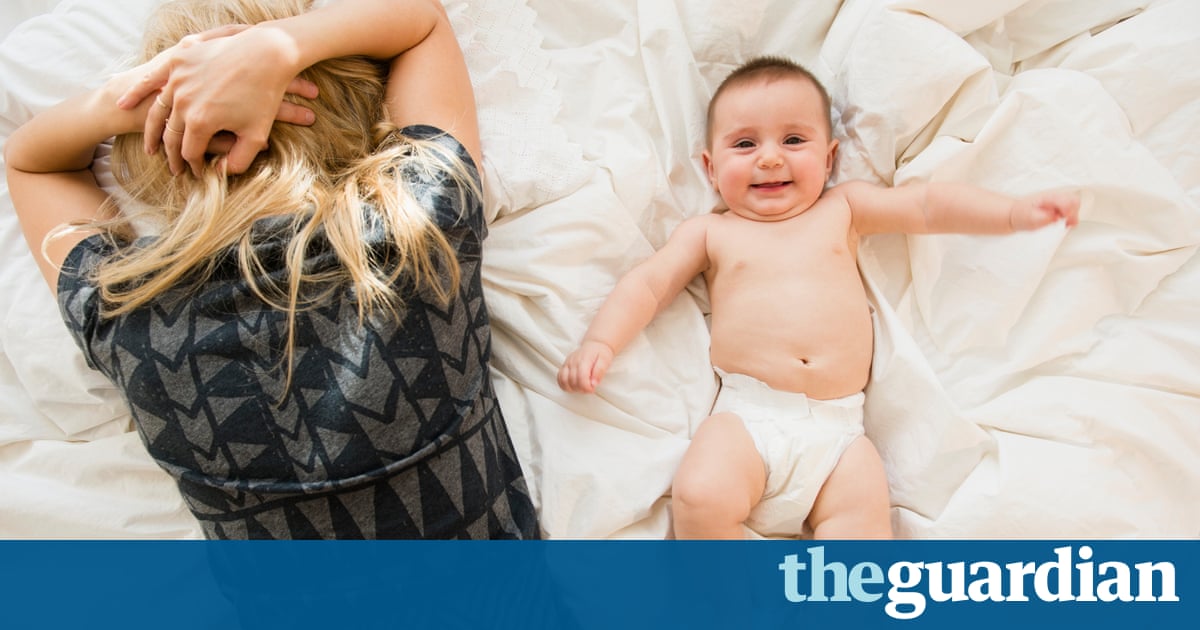 There’s a toy stegosaurus in the middle of our dining room floor. It’s been there for at least a day. I’m looking at it as I write this, and it’s looking back at me, daring me to get up and throw it in the basket where it belongs. It would only take two seconds. But the dinosaur knows I’m not going to move from this chair, because if I do I’ll start putting away jackets strewn over furniture, and then I’ll remember to start the dishwasher, and then before I know it I’ll have give-a-mouse-a-cookied an hour of peace while my partner is putting our two-year-old daughter to bed downstairs, and this article won’t be any closer to done.

Being in an approximately same-sex marriage – my partner, Charlie, is genderqueer – I occasionally feel a flicker of smugness when I see yet another study on how straight men rely on their hapless partners to manage the day-to-day grind of running a household. But the schadenfreude is short-lived. Our division of labor may be more equitable than that of heterosexual parents, but equal doesn’t always mean fair. Being a family with two moms – or a mom and a butch dad who gave birth, in our case – simply means that twice as many people are being shortchanged by this country’s unconscionable lack of support for women who parent.

In hetero marriages, a major shortcoming seems to be that communication, at least when it comes to household tasks, is unidirectional – countless women note that their husbands never do chores without being asked. I will admit this is one place queer marriages kick ass up and down the block. You know that stereotype about lesbians and processing? When I tell you that Charlie and I have held hands and cried after disagreeing about who should clean up the cat barf, please understand that, if anything, I am under-selling it.

As a queer couple, our marriage is an ongoing conversation. (If you feel like I’m misrepresenting queer women, or overstating our love of processing, I hear you and your feelings are valid; let’s get a cup of herbal tea and talk it out.) Who is feeling burned out? Who needs something taken off their plate this week? What chores are hanging over our heads and stressing us out, and what do we each need to feel rejuvenated? In short, we are very intentional about the never-ending calculus of needs and resources that must be balanced to maintain our family’s stability.

But it doesn’t matter. In 2017, making a living, running a household, and raising a child is too much work for two people, even if both are striving to pull their weight. Our old roommate moved out more than a year ago, and we still haven’t taken her disassembled bed frame out to the garage. There is never enough time to do all the things that need doing, even when you agree, as we did early on, that we can save ourselves from being annoyed by the house with the worst yard on the block if that house is ours.

By the time Charlie and I had been married a year and were discussing kids, I knew him well enough that I wasn’t surprised, as most people are, that he wanted to carry the pregnancy. I was a little surprised to hear myself announce that I wanted to work from home so I could be our kids’ primary caregiver. The way my spouse and I split up the parenting work is informed by the fact that, somewhat unusually, the person who gave birth to our child is also the one with the good job. (“Good job” is, of course, relative – my partner makes above the median income for our state, but we still wouldn’t be able to make ends meet without the additional money I bring in freelancing.) That’s not often the case for straight couples.

In hetero households, it’s common for a couple’s “housework gap” to increase after they become parents: women typically take on the bulk of the cooking and cleaning during maternity leave, and things never really shift back toward congruity. Things have played out differently for us. As a freelancer, I was used to being the one at home to start the laundry, and while Charlie recovered from a postpartum hemorrhage that left him anemic and exhausted, I became much more efficient at burning French toast. These days, it’s my job to get up early and feed the cats because Charlie has already been up in the night to nurse our daughter.

Senate Votes to Save Net Neutrality, but Hurdles Remain