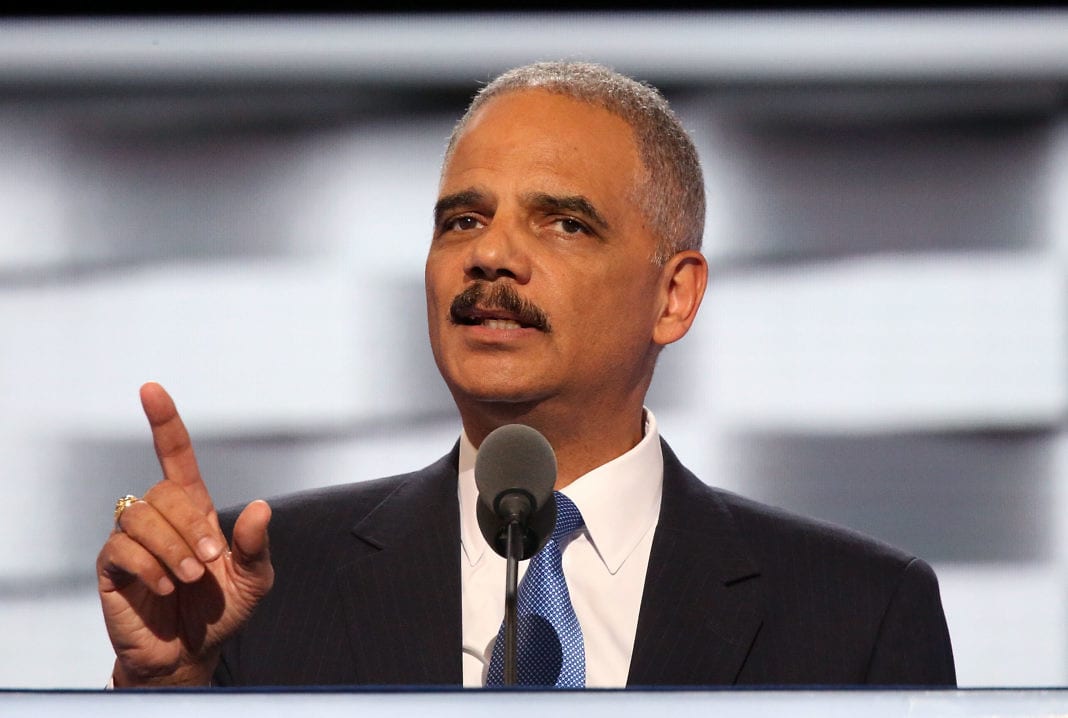 Former Attorney General Eric Holder and his law partner Tammy Albarran announced some highly anticipated recommendations based on an internal harassment probe to employees in an all-hands meeting this morning.

The board agreed, after several hours on Sunday to adopt all 10 recommendations given by law firm Covington & Burling LLP, where Holder and Albarran are partners. You can read the 13-page letter with all recommendations here. But tl;dr, somekey recommendations include reallocating the responsibilities of Uber CEO Travis Kalanick and increasing the profile of Ubers head of diversity Bernard Coleman. Kalanick has announced in a separate letter to employees he would be taking a leave of absence from the company.

Other important changes will be to increase Ubers board independence from the company, to create a separate ethics and culture committee or similar committees, to use compensation to hold senior leaders accountable and to eliminate certain company values like Let Builders Build and Always Be Hustlin, which were used in the past to justify bad behavior.

The internal probe was based on a litany ofallegations made by former Uber engineer Susan Fowler, including that she was discriminated against based on her gender and that the company ignored her repeated complaints of sexual harassment at the hands of her supervisor, basing it on the fact that he was a high performer. Ubers head of HR Liane Hornsey has reportedly thanked Fowler in the all-hands meeting for kicking off the changes.

However, Fowler maintains Uber has never apologized to her. She responded in a tweet to the recommendations letter shortly after it was posted this morning:

Ha! Yeah, they’ll never apologize. I’ve gotten nothing but aggressive hostility from them. It’s all optics.

Other recommendations include giving out free Uber credits to employees (early employees got the credits but now every employee will be able to use them), equal family leave time for both male and female employees and dinner served earlier than 7 pm as part of an effort to encourage a healthy work/life balance.

The law firms recommendations touch nearly every aspect of the company and signal Uber is intent on creating the kind of internal change needed to move it toward a more inclusive workplace.

Kalanick did not name a temporary new CEO and it is possible he could stay close to the company during his leave.During this interim period, the leadership team, my directs, will be running the company, Kalanick wrote.

However, hisdecision to step down foran undetermined amount of time follows earlier rumors the board had been discussinga possible leave of absence for the CEO. Externally Kalanick and his executive team have been blamed for creating a bro culture rife with misogyny. However, inside sourcesintimate the CEO has a loyal following and a recent New York Times piece shows Kalanick may haveeven more clout within.

The shakeup has already prompted departures from several top executives at the company, and Uber has fired at least 20 employees since beginning a separate internal investigation with law firm Perkins and Coie into other forms of harassment and discrimination. Emil Michael, Ubers former SVP of business and the man who once suggestedUber could and should perform opposition research on journalists, alsostepped down from his position yesterday, amid the turmoil.

You can read the full recommendation report here.

Inside the High-Stakes Race to Make Quantum Computers Work