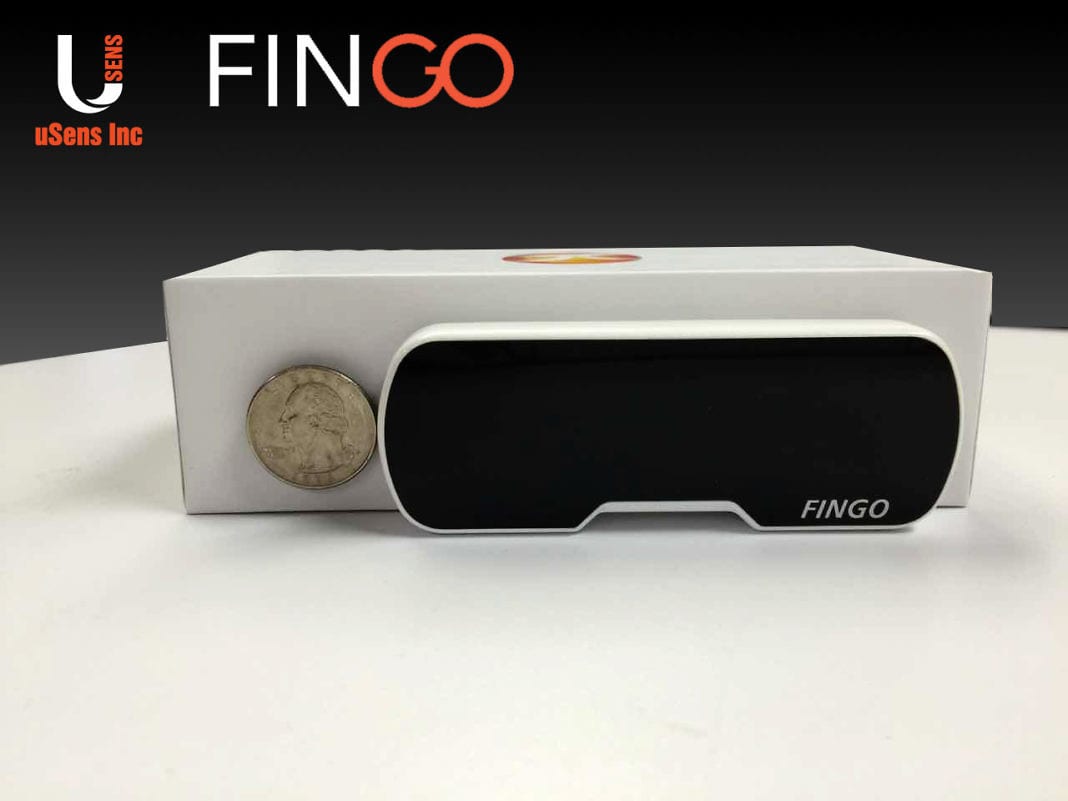 Startups in the VR space are increasingly growing confident that consumers will want to interact with objects in the virtual world the same way they do irl with their hands.

uSens is showing off thefirst line of its Fingo hand-tracking developer kits. The sensors have an eye toward mobile VR and integrate inside-out positional tracking tech, allowing an attached headset to track the userslocation within a space.

Accompanying the launch of its Fingo hardware, the company is launching itsuDev network to assist developers looking to integrate uSens tech into their hardware or software.

The sensor hardware the company is showing off is just for developers; uSens CTO Dr. Yue Fei assured me that the company has little intention of getting in the consumer hardware business and isentirely focused on having its hand-tracking software adopted by manufacturers. Ideally, these hand/positional-tracking solutions will be incorporated directly into the headsets themselves.

This has so far seemed to bean oddly difficult sell to mainstream headset manufacturers, which have largely seemed to focus on buildingtheir own proprietary hand-tracking tech from the ground up. With Fingo, uSens will likely have an added advantage thanks to the inside-out positional tracking offered on the Color Fingo and Power Fingo models.

When it comes to sensor tech, the only thing that can generallybe better about one companys solution over the other is the softwares accuracy. Leap Motion is definitely one of the main competitors of uSens in the field of hand-tracking tech.I had the chance to demo uSenssoftware at VRLA earlier this month and the company has done a particularly good job at building an accurate skeletal tracking system.

Leap Motion has had dev kits out in the wild for quite a bit, so they definitely hold an early advantage in terms of developer tools like their Interaction Engine that theyre rolling out now, but uSens particularly strong focus on mobile may give the company more flexibility, especially as more and more OEMs start building headsets compatible with Googles Daydream reference design.

In the meantime, the Fingo suite of modules is compatible with Google Cardboard and Gear VR, as well as the more serious VRheadsets like those from HTC and Oculus.The company is beginning to roll out pre-orders for the developer kits, though pricing was not announced.

This company will self-destruct after its ICO