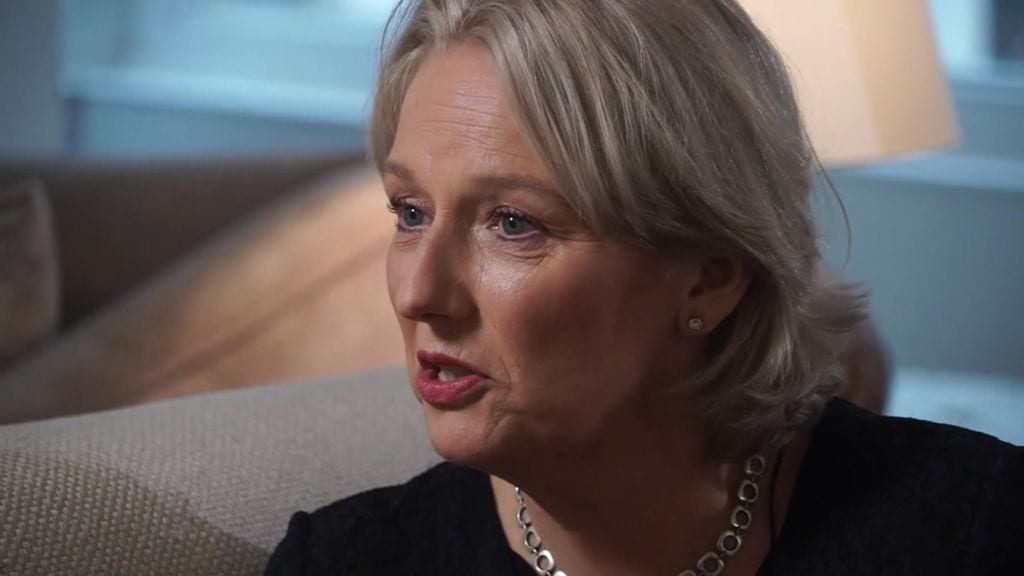 The hardest challenge for many business leaders is how to deal with mental health, an issue that still makes many uncomfortable.

Even harder than that is when those mental health issues affect you.

Jayne-Anne Gadhia, chief executive of the bank Virgin Money and one of the UK’s most successful businesswomen, has told the BBC of her own efforts to tackle mental health issues.

In a wide-ranging interview, she said that she had suffered post-natal depression after the birth of her daughter and had “suicidal thoughts” because of the intense pressure as Virgin Money was preparing for a stock market flotation.

She said that it was time for businesses to speak more openly about mental health issues and that her own battles with mental health problems had made her stronger.

Ms Gadhia was speaking to mark the publication of her autobiography, The Virgin Banker.

In it, she describes how many business leaders still act like “dinosaurs” towards women.

On one occasion when Ms Gadhia was finding an issue at work difficult, a senior male colleague asked her “if she was going through the menopause”.

“I was at a dinner with some of the [banking] regulators last year and there was a very senior City man there and the conversation turned to gender equality,” Ms Gadhia told me.

“And he said, I am all for gender equality, but what happens if I employ a woman and the next week she tells me: ‘I’m pregnant?’

“And there was a gasp around the table to think that people were still thinking like that.

“I remember going back to the office and saying: ‘You know what, the dinosaurs are still out there.’

“It is undoubtedly the case. I see it from time to time.

“But equally I see the opposite, I also see that senior men in the City are talking to me about how they can help.

Ms Gadhia revealed that one of her toughest periods in work was following the birth of her daughter, Amy, in 2003.

With her husband, Ash, she had been through many cycles of IVF which had not worked.

They had tried one final time and Ms Gadhia had become pregnant, which had made her feel “thrilled”.

But depression struck after the birth.

“Ash had given up his job and we had only me earning, a new mouth to feed and I remember feeling completely out of control because what I wanted to achieve – that is, packing up work and staying with my child – was unachievable,” Ms Gadhia said, speaking publicly about how she was affected for the first time.

“How on earth was I going to manage that?

“It was the first time that I’d ever, ever experienced what people described as depression.

“I had always thought, despite the fact that my mum had suffered over the years with her own issues, that depression is something that was a bit weak-minded or something.

“And when it hit me, I realised nothing could be further from the truth.

“And when I read the Harry Potter books and saw the Dementors, that is how depression felt to me – that sort of a thing that comes into your life and sucks all of your energy out of it – and I just felt hopeless.

After many months of suffering – at one point, Ms Gadhia was convinced her baby daughter was dead – she eventually went to the doctor for help.

The clinical tests showed that her depression was serious.

“It was knowing what I was dealing with that helped me to deal with it,” she said.

“I think if I’d have just gone on and not realised that I had a clinical problem and that depression wasn’t something that you can just sort of push through, it would have been very different.”

She says that a healthier work-life balance wasn’t just good for her and her family, it was also good for work.

The first year she changed the way she worked, Ms Gadhia received the highest bonus of her career.

She said that it was important that businesses had an open attitude to mental health, which can affect up to one in four adults.

More than 15 million working days a year are lost to problems of depression, anxiety or stress, costing businesses up to 70bn annually.

Yesterday, Prince Harry received widespread praise after talking to the Telegraph’s Bryony Gordon about his mental health problems, following the death of his mother, Princess Diana.

Prince Harry revealed that he had “shut down all his emotions” for 16 years before seeking help.

“I think we still have a culture of not talking about it,” Ms Gadhia said.

“I don’t want to get to a place where we we’ve got everybody crying on each other’s shoulders.

“But I think finding a way for organisations to support staff that want to talk about the issues that they’re going through and having maturity of line management to know when that’s required – to know where help can come – is really important.

“If someone turns up to work on crutches with a broken leg, it is easier to sympathise or empathise or help.

“But when you can’t see it, I think that’s much harder. It is easier to dismiss and the dismissal, the putdown if you like, makes the problem worse.

“I think that’s part of the reason why both raising the issue – and in a sensible and controlled way, discussing it – means it can be remediated in some way, whatever the right way is for the individual. It’s super-important.”

Saudi Arabia may be courting Asian partners, but it will always need the US